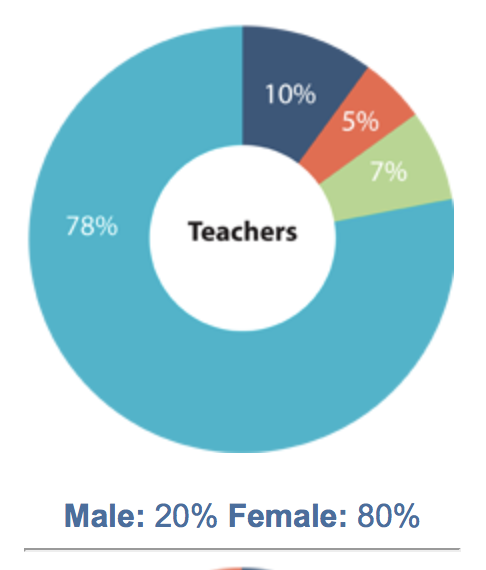 Superintendent Kenneth Salim has released a “data dashboard” that for the first time publicly posts targets for key areas of district performance, along with snapshots of annual progress toward those goals.

The dashboard tracks seven measures, each showing a 2017 level and 2020 target for all students as well as for subgroups of race, disabilities, English-language learners and economically disadvantaged students. Data will be added each year to track progress – or the lack.

The targets were identified with the School Committee and developed with consultant, relying heavily on state standards for improvement, which now requires cutting achievement gaps by one-third every six years.

Salim presented his District Plan update Tuesday – the committee’s last meeting of the school year – including a review of its planning and stakeholders, and case studies of three initiatives.

“I am elated that we are finally at this point,” committee member Manikka Bowman said. “To have this in public view, for us to have set goals – to decide this is how we are presenting it to the public so that you will know what we are striving for, I think, is significant.”

“I, too, love the fact that we have a dashboard,” member Patty Nolan said. “We have always had all of these specific goals in the past – literacy and math goals, by subgroups … but what we haven’t had is the dashboard to report on it year to year.”

Nolan added that though she agrees in principle with the actual targets, “it is totally unacceptable to be waiting until 2050 to get to 100 percent proficiency.”

“I understand that’s what the state recommended. I hope we blow through these targets and we can set more aggressive goals,” she said.

The dashboard is the culmination of the first year of Salim’s three-year district plan. Hired two years ago, Salim spent his first year listening and observing, and the second developing a plan framework to identify explicitly goals for student, staff and school improvement. The committee approved his framework last summer, and in December approved the measures of seven key outcomes identified as priorities.

“Fifteen of the plan’s 22 strategic initiatives – or 68 percent – planned for the next three years are now underway,” Salim said.

The goal of the dashboard, Salim said, is to be transparent and easy to understand while maintaining a focus on equity across different student populations. It may change as the district continues to balance more detail with ease of understanding, he said.

Communication in both directions

“How will we know that we are on the path to this rigorous, joyful and culturally responsive learning?” parent Daniel Michaud Weinstock asked during public comment. “There are numerous stories that we have heard around how this vision is not being realized for many communities.”

He said he was “heartened” to see the public dashboard, “but [in it] I still cannot hear the stories of many families who have sat in this room or who do not feel comfortable being in this room that they are not finding joy, rigor or safety in school.”

Weinstock pointed to a Cambridgeport School meeting to get feedback on possibly extending school time, where administration, he said, celebrated the 24 parents there as a “high-water mark” for turnout.

Committee members also pushed for the dashboard to be publicized. “We have to figure out the communication piece,” Bowman said. “If we can’t get creative and take this high-level information and make sure that a kindergartener can get the direction we are going in, we will always struggle to communicate with the public the magnitude” of what we are doing.

Member Emily Dexter agreed, pointing out that Brookline provides annual “report cards” and hands them out in libraries and other public places. Presumably, too, more awareness of the dashboard may increase public participation as people see the importance of their feedback. Outreach to families will also come from schools and school councils, as annual individual school improvement plans will focus on the same outcomes, Salim added.