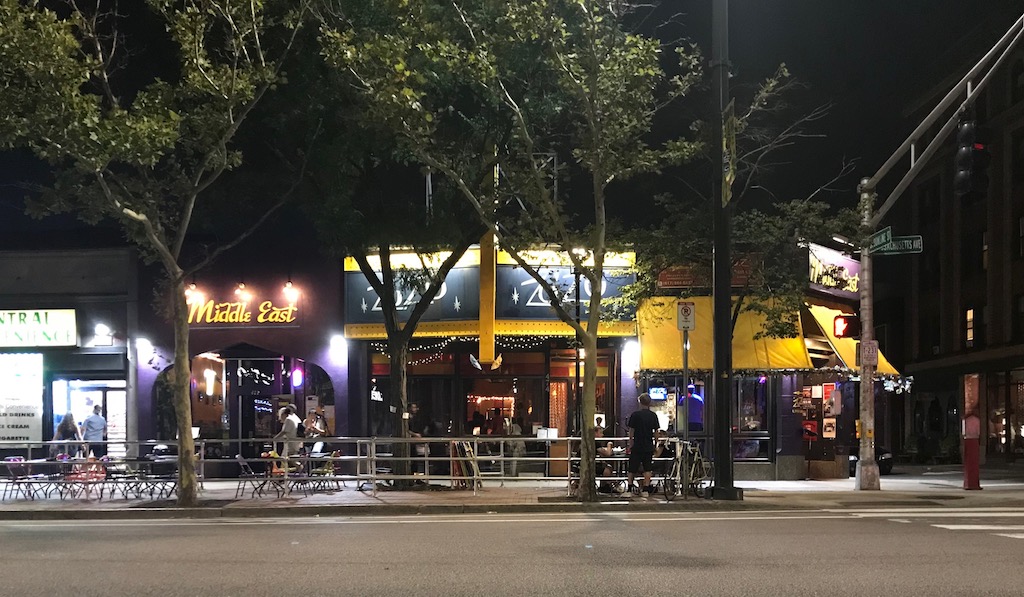 A co-owner of The Middle East has left management after a sexual assault allegation that has affected bookings at the club. The issue, which has been talked about online in recent days, was reported Tuesday by WBZ News Radio.

Though Joseph Sater has stepped away from the club – identified as a retirement – “we can say, unequivocally, that the allegations being spread online are absolutely not true and that just being publicly accused is absolutely devastating,” the venue said in a statement given to WBZ.

No charge has been filed with police, the station reports.

A statement by former Middle East talent buyer Alex Pickert mentions an assault and subsequent attempts by staff to make the club complex a place where workers didn’t feel “uncomfortable,” but town hall-style meetings, facilitation by the Boston Area Rape Crisis Center and a four-month period when Sater was off the premises didn’t resolve the situation. “We were repeatedly being fed a false hope,” Pickert wrote. “The Middle East was not willing to commit to the hard work and dedication it takes to change a toxic culture.”

Eddie Japan, The Hotelier and Pile were cited as bands that have canceled appearances at The Middle East, with the statement given to WBZ saying the venue “respect[s] those who have recently chosen to move their performance to another venue, and we would welcome them back.”

The performance art band Walter Sickert & the Army of Broken Toys said it would keep its Wednesday show with Fantastic Negrito but speak onstage about the issue, provide information and resources from the crisis center and donate its proceeds to the center.

“I’m stoked the club is taking action,” Sickert said on the band’s Facebook page. “There’s still a lot of work to do to create a culture of love, acceptance and a healthy working and art-going environment. The atmosphere that allows these things to happen only changes when light is shined and action is taken by all of us.”

Ownership and management of the nightclub complex – The Middle East Upstairs and Downstairs, its Corner Cafe and adjoining ZuZu and, separately, the Somerville Armory building and The Firehouse in Allston – includes brother Nabil, sister Sonia, and niece Lily, 28, and nephew Khalil, 36. The small empire began with a Lebanese restaurant at the site in 1970. The family went from longtime leasers of 472-480 Massachusetts Ave. to owners with a 2014 purchase costing $7.1 million.

This post was updated Aug. 29, 2018, to correct that the Saters own the Somerville Armory building but are only landlords to the Center for Arts at the Armory that operates in the building.