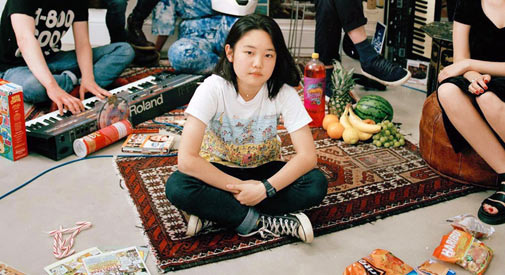 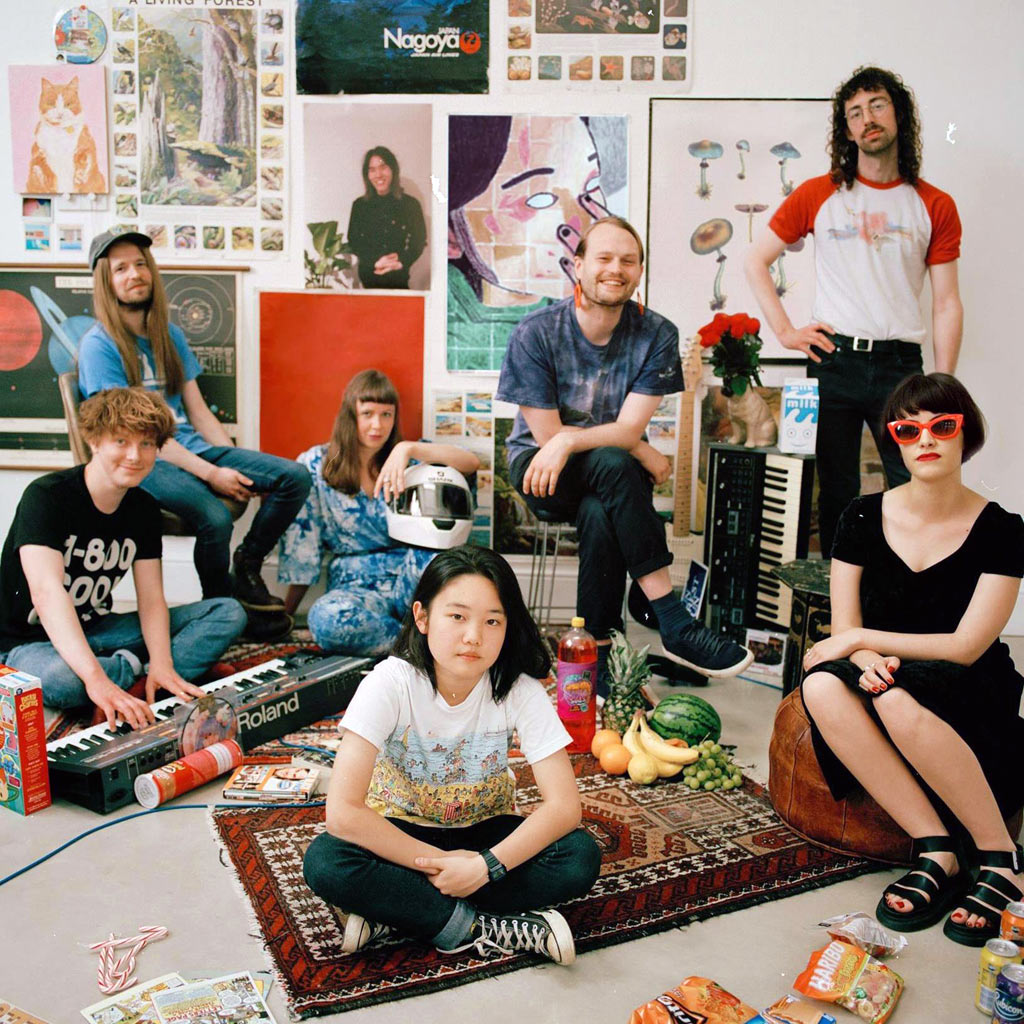 Since the eight members of Superorganism are young, they can’t be blamed for knowing that irony died on 9/11 – or at least was declared dead by pundits looking for something to say after terrorist attacks they thought would remake the world. All that really happened was that the world grew more complex and confusing, which is exactly what Superorganism reflects on a debut album steeped in sweet, delicious, satisfyingly incongruous audio collage that becomes its own thing, where every track contains an alternate reading or two of an ostensible message. (Save for “The Prawn Song,” which sees “that the world’s gone crazy” and sings the virtues of being a simple, happy crustacean that does no harm to anyone.)

It’s a coincidence that Superorganism plays The Sinclair in Harvard Square on Tuesday – that’s Sept. 11 – but it seems apt for a bouncy generator of global pop (it came together from members who met in Japan and got scattered across Australia, New Zealand, London and Maine, making band membership a metaphor for its music, and vice versa) that sounds like the second coming of The Go! Team stunned into slackerdom. Kicking off with a song and message that “It’s All Good” is Japanese frontwoman Orono Noguchi, awakening to a weather forecast (“dark”) with lyrics that are arresting not just because of their content, but because they’re delivered with such bland affect: “Scream / I just had a dream / Where my friends all dissolved away.” Why, exactly, is it All Good, then? Because, as the distorted, dragged-out voice of charlatan life coach Tony Robbins suggests, “You’re in charge of what you feel.”

The band’s origin story suggests its effortless genius: Noguchi, then 17 and attending boarding school in New England, was sent a music track by friends in hopes she could help with lyrics. She sent back “Something For Your M.I.N.D.” within the hour. The song’s now been streamed more than 10 million times, and the band followed it up with nine more tracks of irresistible, danceable pop that allows for as much stoned navel-gazing as Pink Floyd’s “The Wall” for anyone pausing long enough for a slyly revelatory stream of subversion to sneak in.

Orono and bandmates Emily, Tucan, Robert Strange, Harry, B, Ruby and Soul are the collective boss at pasting brilliantly observed moments of authenticity and a deadpan humor of the banal onto a surrealist landscape of psychopaths, idiocracy and ennui. If irony died in 2001, Superorganism proves that layering on a million audio inputs just the right way means never having to miss it.

Superorganism plays with opener Yuno on Tuesday at The Sinclair, 52 Church St., Harvard Square. Tickets are sold out via the Sinclair but available through resellers.