‘The Sisters Brothers’: Hunting the chemist who can find gold – the West is rotten with it 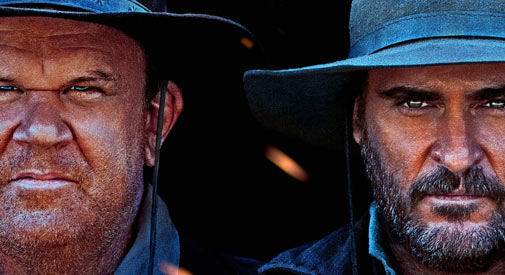 ‘The Sisters Brothers’: Hunting the chemist who can find gold – the West is rotten with it

If the title feels like a tongue-twisting joke, it is, but the film’s anything but. Reminiscent of Robert Altman’s “McCabe & Mrs. Miller” (1971) and Sam Peckinpah’s “Ride the High Country” (1962), “The Sisters Brothers” bites feverishly into the grim lawless landscape of the American Northwest during the mid 1800s mining boom. It’s quite a violent film, but also one with great emotional depth – a rare accomplishment that makes it the best American western to hit the screen since “The Assassination of Jesse James by the Coward Robert Ford” reimagined the notorious outlaw’s demise back in 2007. Everything about the film unfurls in smoky, dark wisps. It bears the same kind of foreboding heaviness that crowded the Coen brothers’ 2010 recasting of “True Grit.” 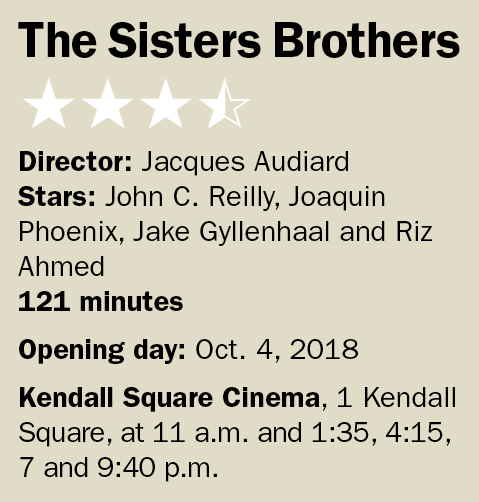 To land in such fine company, “The Sisters Brothers” rides out of the stable something of an anti-western, everything that John Ford and John Wayne were not – square-jawed and morally black and white. Peckinpah and Sergio Leone would certainly be pleased. For starters, the siblings of the title, Charlie Sisters (Joaquin Phoenix) and Eli Sisters (John C. Reilly) are murderous souls whom we invariably come to care for just like Peckinpah’s richly drawn ruffians in “The Wild Bunch” (1969) and the film, shot largely in Span and Romania (close enough logistically to think spaghetti?) happens to be directed by the French auteur, Jacques Audiard (“Rust and Bone”). How’s that for nontraditional?

It’s true, “The Sisters Brothers” is highly derivative, but it also puts its own brand on the familiar old nag. Not to be glib – horses are a presence: In the opening sequence, after a shootout atop a high plain in the absolute black of night, where all that’s visible is illuminated by muzzle fire and a burning barn, a horse charges into the night, its mane, back and tail etched by flame. It’s an image that never fades and Eli, the more sensitive of the pair, proves to be something of a horse whisperer. His empathy for his steed might be the only thing that keeps him rooted in humanity. At one point, he sends a courtesan running because, inured to sex and violence, she can’t handle his kindness or implied compassion. That rejection registers one of the cruelest moments in the film, far more cutthroat than any boom the brothers let fly into the skull of fallen quarry as they drag their bloodied torsos across broken sage and gravel.

Professionally, the bothers are effective (they work the woods or main streets of a tent city in coordinated systematic sweeps, like wolves hunting elk) and operate on the orders of a mostly unseen entity referred to as The Commodore (Rutger Hauer). Their assignment as we catch up with them is to find a Middle Eastern chemist by the name of Warm (Riz Ahmed, wonderfully restrained and reflectively soulful) who has created a toxin that, when dumped into a stream, will illuminate all the nuggets of gold as well as trigger a massive fish kill. Environmentalists might want him dead – The Commodore does too, but only after the formula is extracted, and preferably by torture.

The dynamic between the brothers propels the action more than this MacGuffin. Eli, the older, realizes their current business model is unsustainable and wants to set up a shop after the Warm job. Charlie wants nothing more than the ability to walk into a bar and, like a lion at a watering hole, have it cleared for him to drink. If there’s one thing he loves more than his work, it’s booze – and boy does he drink, falling from his horse almost as much as Lee Marvin’s addled gunman in “Cat Ballou” (1965). Phoenix, a very internal actor, understates the violence and menace of his character beautifully. His Charlie isn’t so much a bloodthirsty rogue as an efficient working man who happens to be merciless and unmoved by human life when on the clock.

When the brothers final do catch up with Warm and John Morris (Jake Gyllenhaal, glorious in his crystal clear enunciation of SAT words), a lawman in The Commodore’s pocket sent ahead to waylay the fleeing alchemist for the ensuing brothers, the film moves in ways that are unexpected – mostly because they’re human – and comes with what you might call a surprise ending. Not a gotcha ending, but an anti-ending considering the tenor, milieu and genre. It’s perfect as is the dark lush cinematography by Benoît Debie (“Spring Breakers” and “Irreversible”) and heightening score by Alexandre Desplat.