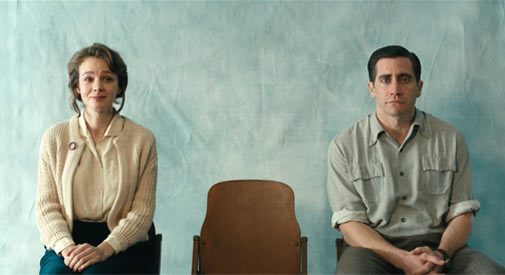 The Independent Film Festival Boston kicks off its fourth annual Fall Focus this weekend, a fast and furious three days of cinema at The Brattle Theatre that begins Friday.

The IFFB, know for a spring showcase that has cineaste mobs wrapping around the block in Davis and Harvard squares – the closest thing to Sundance the area has seen – now gives filmgoers a taste of what’s to come over awards season (the late fall, when films of greater human interest and artistic merit are generally released). The 10 films come from award-winning auteurs, as well as some better known faces trying their place behind the lens.

Highlights include “Shoplifters” by Hirokazu Koreeda (“Nobody Knows,” 2004) about a family of petty thieves who take in an abandoned youth – think “Oliver!” with a modern Japanese twist; “Wildlife,” the directorial debut from Paul Dana (“There Will be Blood” and “Little Miss Sunshine”) staring Carey Mulligan and Jake Gyllenhaal as a broke couple trying to make a go apart in the northern plains; and “Cold War” from Polish director Pawel Pawlikowski, who won Best Director at Cannes for this tale about Berlin, Poland and the Iron Curtain during the frigid 1950s. This small festival’s centerpiece offering is “Roma,” from acclaimed Mexican director Alfonso Cuarón (“Gravity” and “Children of Men”) about love and conflict in Mexico City in the 1970s. A thinking person’s film slate if ever there was one.

For information and to buy tickets, see the IFFB and Brattle websites.