Children report lunch aide’s use of ‘N-word,’ leading to a firing at Cambridgeport School 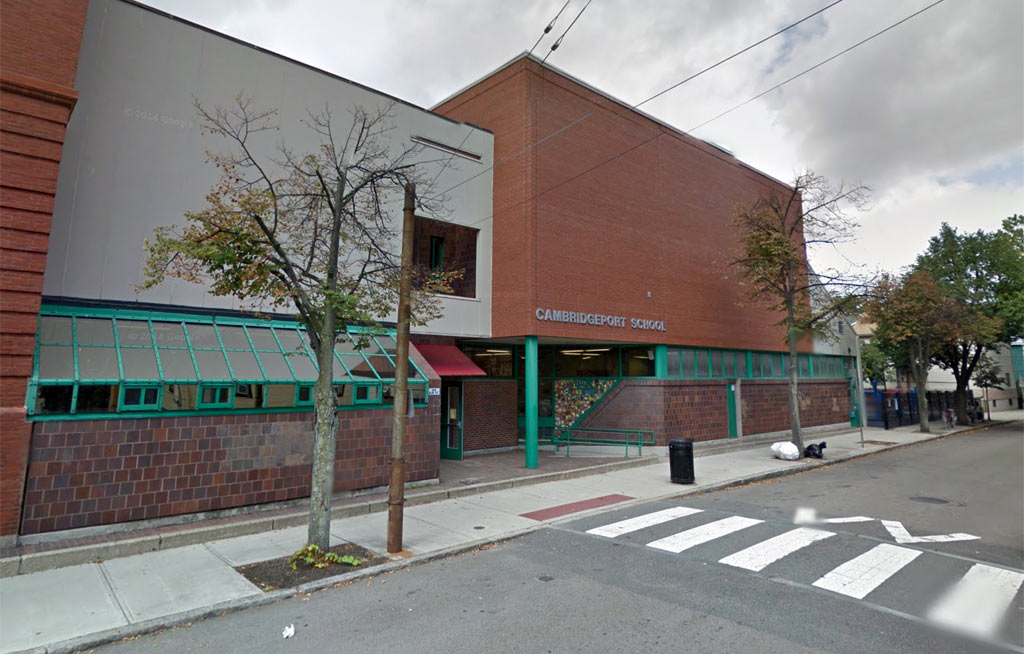 Children report lunch aide’s use of ‘N-word,’ leading to a firing at Cambridgeport School

The Cambridgeport School, in The Port neighborhood, where a lunch aide was dismissed after an attempt at “discipline” Friday. (Photo: Google)

A lunch aide at the Cambridgeport School was fired Friday after students said she used a racial slur against a fourth-grader.

Katie Charner-Laird, the principal of the elementary school, sent an email explaining her response to the incident to families of her students, and of a firing that came after “your children … shared their concerns with me about the language and approach to discipline that one of our lunch aides was using.”

The district has declined to explain the circumstances in the lunch room before the part-time aide, who is African American, tried to “discipline” one or more students during a lunchtime for third- to fifth-graders but used the “N-word” with one of the children, who is also African American. District communications manager Rosalie F. Rippey said she can’t get into detail about personnel issues, beyond saying that the outcome of the lunchtime incident was handled the same day.

A second lunch aide, also new this year, was dismissed from her job at the same time, Charner-Laird told parents. But why that is so, and why it was mentioned alongside news of a firing for use of a racial slur, was not clear. “There is no connection between the issues with the two [fired] staff members,” Rippey said. “Complaints were only received about one staff member.”

A third aide responsible for supervising the students in the cafeteria and at recess, who has been on the job longer, was not dismissed, Rippey said.

The same background checks are required for the aides as for all employees, she said, and the district is “continually reviewing our hiring, training and ongoing professional development activities to look at supporting a welcoming and inclusive culture.” She didn’t have specifics about what type of training is provided upon hiring to part-time lunchroom aides.

A Cambridgeport School parent said fifth-graders had complained two weeks ago about “previous hurtful remarks” by the dismissed worker, but the administrator they went to for help “just lectured them for being disrespectful and made them apologize to the worker.”

Superintendent Kenneth Salim issued a statement expressing the seriousness with which the district regarded the Friday incident:

“This type of language is unacceptable for any child or student to hear, and we deeply regret the negative impact that this staff member’s words may have had on students. We are working with the principal to answer any questions and support community conversations about race and racism within all of our schools, whether or not they were directly involved in the incident as described by the students.”

But while it is clear the incident was “taken very seriously,” as Charner-Laird said, at least one parent was unhappy with a school response that seemed the opposite of what Salim said he intended.

“In the email, there is not even a hint that the issues with the lunch aides had anything to do with race,” said John Summers, the parent of a Cambridgeport fourth-grader. (He also raised the issue that led to reporting of the incident Monday in The Boston Globe.) The principal’s email was so vague that upon close read “there is not even affirmation that the two lunch aides have been fired.”

“The children hear every night on the radio or TV the echoes of extreme racial animus playing out in Washington, D.C., and indeed all over the country. Race lies at the core of our identity as a people. At school, they overhear an African-American lunch aide call an African-American fourth-grader ‘the N-word’ and learn from their librarian that Dr. Seuss is a racist. Yet at school nobody really wants to talk about such subjects, at least not in any formal way. Sex education? Check. Physical education? Check. Health education? Check. Race? No thank you,” he said. “Doesn’t this episode mean that Cambridge should initiate a race education curricula?”

In the email cited by Summers, Charner-Laird said only that school administrators “hope to have new staff in the lunch room as soon as possible,” and explained in polite terms what happened Friday to her two new employees:

“They have both tried hard to acclimate to this new job, but unfortunately it is not working out,” she wrote.