Awesome lessons of plants, animals, microbes are explored with urgency in weekend forum 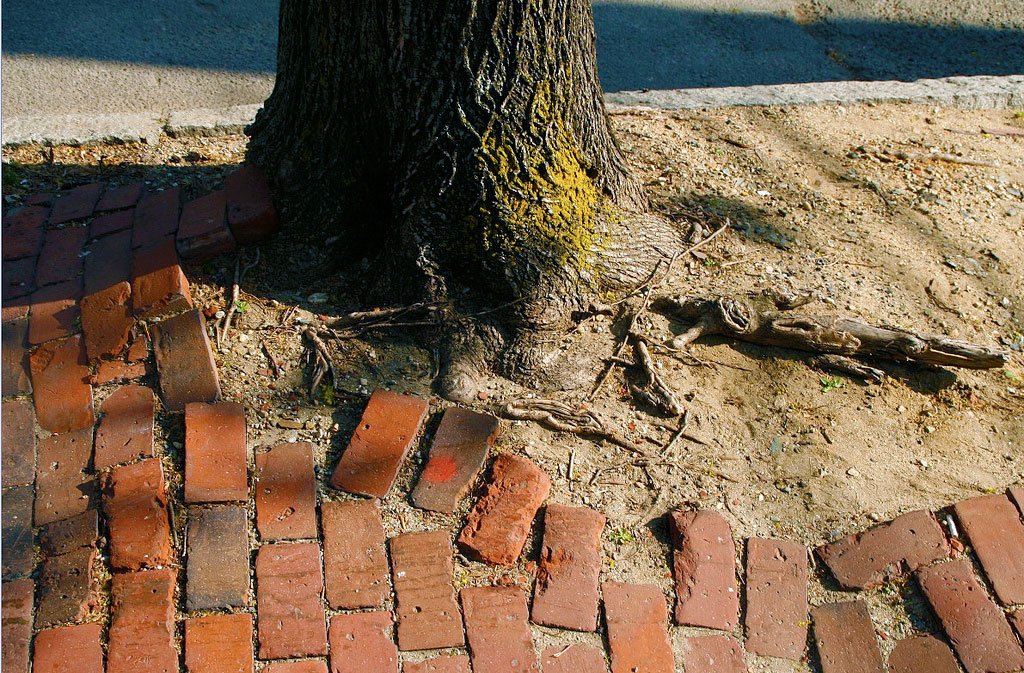 Awesome lessons of plants, animals, microbes are explored with urgency in weekend forum

It’s tree roots vs. bricks in this 2011 scene from a Cambridge sidewalk. (Photo: Doc Searls via Flickr)

The buzzy sort of science in which trees will send aid via their roots to neighboring trees that are dying, will kill animals for nutrients, know to seek out water from pipes even when the pipes aren’t leaking and can be trained sort of like dogs gets a whole day of awe-instilled discussion this weekend – with an urgent overlay of climate change concerns – at “Climate, Biodiversity and Survival: Listening to the Voices of Nature.”

The two-day conference from the group Biodiversity for a Livable Climate includes sessions looking high (at how birds migrate, for instance, including using tools and passing on information to future generations), at ground level (such as with elephants, which have families and community and suffer trauma and post-traumatic stress disorder) and low (mycorrhizal fungi, it turns out, was the original Internet, and plants being attacked by insects can signal other insects to come and defend them).

Adam Sacks, the group’s executive director, wants attendees to understand that it’s all connected, and plans to start the conference with a 9 a.m. Saturday talk on “Connecting All the Dots.”

“We now have a rapidly growing collection of science that demonstrates the abilities – even intelligence – of creatures across the kingdoms of life,” Sacks says. “Indigenous cultures have known this forever. The rest of us have some catching up to do.”

The idea is to get people walking out of the conference letting go of human hubris and “our belief that we are the chosen ones, and realize that compassion and collaboration, far more than competition, are the essence of life on Earth,” Sacks says.

“We promise that you will be astonished and delighted, as have we, at recent as well as ancient insights about the creatures we share Planet Earth with,” he says.

The groups’ conference takes place at Harvard University’s Geological Lecture Hall, 24 Oxford St., in the Agassiz neighborhood near Harvard Square. Regular admission is $200, with $50 low-budget and $15 student ticket options (all with fees).