Margaret Fuller House gets loan of $200,000, will look at deals providing for it in long term 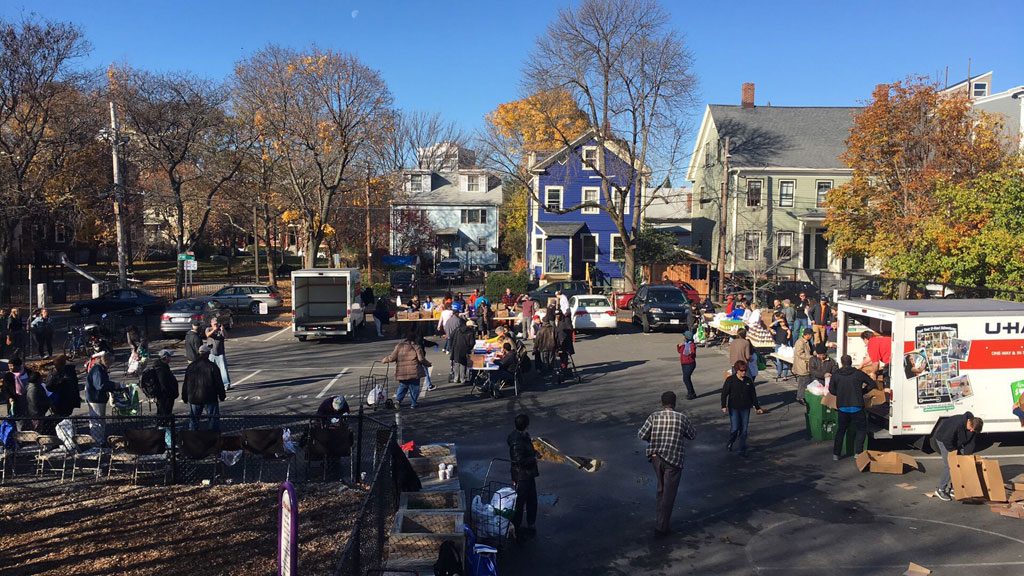 Margaret Fuller House gets loan of $200,000, will look at deals providing for it in long term

The Margaret Fuller Neighborhood House is taking out a $200,000 loan from the Cambridge Redevelopment Authority that will help it explore how to use and secure its property in The Port neighborhood – with one possible outcome being the organizations working together on a redevelopment project that turns the 71 Cherry St. parking lot and child care center into housing.

The Redevelopment Authority board gave its staff approval Dec. 19 for the loan and a look at project ideas. The money serves as a line of credit that the organization can call in chunks of at least $25,000 at a time.

After a formal Jan. 15 closing on the deal, there will be “an aggressive sprint” over the first couple months of 2019 to “come up with initial schemes and feasibilities and start testing,” Redevelopment Authority executive director Tom Evans told the board. Much of the time will be spent in conversation with neighbors and the wider community: “What’s the right density of housing, what’s the makeup of the affordability element, what’s the below-market look like, and then the complexity of figuring out the ownership structure,” Evans explained, pointing to the possibility of either building rental properties that provides funding to the Margaret Fuller House over the long haul or simply subdividing the land – separating the parking lot (under temporary lease to the Cambridge Health Alliance) and child care center from the house itself – for sale to a developer to get a one-time boost for the organization’s bottom line. “We’re discussing all those options over the next few months.”

Though the Redevelopment Authority’s loan is third in line behind mortgages from Eastern Bank, Evans saw no cause for concern. “An extremely conservative appraisal we conducted saw the value of just the parking lot at $1 million – and the mortgage is actually on the full property,” which is worth easily twice the $400,000 in loans out on it, Evans said.

Board members were enthusiastic about the project – Barry Zevin noted that the site “is relatively easy … we’re not replacing something precious, and the house gets preserved” – but had concerns about what it would look like if disaster struck and the Redevelopment Authority had to call in the loan on its new partner. In fact, it would be Eastern Bank who would step in to handle a financial crisis, Evans told chairwoman Kathleen Born, who sought reassurances that her agency wouldn’t be involved in “any nasty business of foreclosure” on a Cambridge treasure.

The Margaret Fuller Neighborhood House, founded in 1902 to help immigrants assimilate into U.S. culture, now provides a range of services for all ages. It has a food pantry and health programs, hosts adult education classes and cultural events, and runs a summer camp. It serves more than 4,000 families, according to the organization’s website.

Born had cause to ask about finances at the organization, which had gone that far in the conversation with the Redevelopment Authority without presentation of an operating budget or financial statement. Evans said the nonprofit was “working through” its budget for 2018 after having asked previous executive director Christina Alexis to resign “because the past year is not something they feel represents reasonable budgetary discipline.”

Alexis’ term began in January 2016, following the retirement of 11-year executive director Barbara Kibler. New interim executive director Selvin Chambers arrived in July of this year, and Evans said there had been some turnover on the nonprofit’s board of directors as well.

No one represented the nonprofit at the Dec. 19 meeting. Reached Wednesday for more information, Chambers referred questions back to the Redevelopment Authority, and to board president Jeff Allen. But he wouldn’t provide contact information for Allen, and there’s none on the website.