‘The Man Who Killed Hitler, Then Bigfoot’: FBI has work for a senior with experience 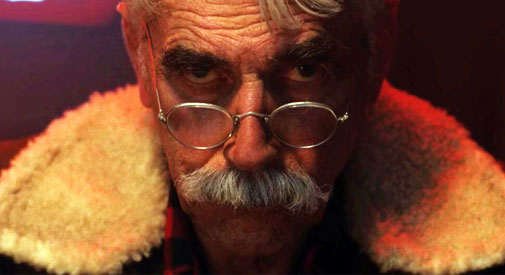 ‘The Man Who Killed Hitler, Then Bigfoot’: FBI has work for a senior with experience

As far as freaky, gonzo film titles go, it’s pretty tough to top “The Man Who Killed Hitler and Then the Bigfoot.” The film lands on streaming platforms Friday and was shot in part locally – out in Turners Falls, where the emerging director behind this era-hopping fantasy hails from. 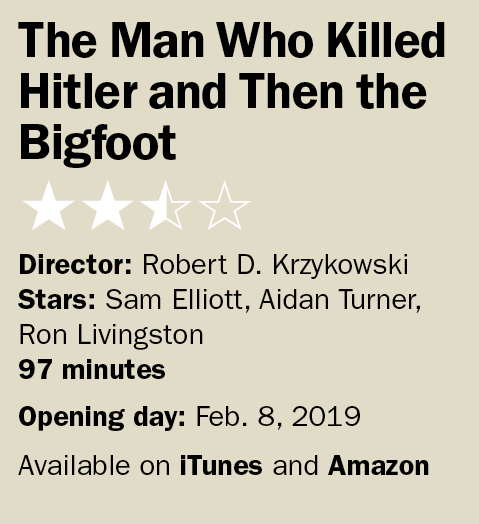 Does it live up to the audaciousness of the title?

Well, yes and no. Checkboxes are checked and the film is bolstered quite vividly by the gorgeous cinematography of Alex Vendler with visual effects help from Douglas Trumbull, whose credits include “2001: A Space Odyssey” (1968) and “Blade Runner” (1982). Of course, the big draw is current Academy Award nominee Sam Elliott (for “A Star Is Born”) as the legendary man of the title, Calvin Barr, who gets it done during WWII. When things kick off we’re somewhere in the late ’70s in a podunk town, with Barr driving a classic boxy Ford LTD or the like that a band of punks want to take from him. Good luck. They get the drop on Barr initially, but this grizzled old vet with can-do valor and battle-tested brawn isn’t quite over the hill. In teasers we flash back to the younger Barr (a handsome Aidan Turner) as a multilingual infiltrator dressed up as an SS officer crisscrossing Germany on a quest to take out der Führer. We go back and forth until midway in, in the ’70s now, an FBI agent (Ron Livingston from “Office Space”) comes a-begging for Barr to saddle up and take out Sasquatch. Steve Austin must have been tied up.

The why’s a wispy WTF, something about being infected with the mother of all plagues with the creature isolated in a 50-mile dead zone north of the border (no life left but plants, we’re told, even though we see a stag once in); Barr’s the only one immune to the virus, and the only hope to take down the mangy beast.

I’m not sure which quest is the more improbable onscreen, but writer-director Robert D. Krzykowski embraces them wholeheartedly, splicing the timelines together in nearly cohesive fashion. This first-time film is clearly a passion project, and you can bet Krzykowski is a massive Sam fan. (But then again, who isn’t?)

Elliot and Turner, good individually, don’t seem to be the same human – the connection between icy wartime assassin and affable backwoods gent just happy to spend time with his pooch is more than decades and worlds apart. No matter. “The Man Who Shot Hitler” is a high-quality spectacle though, if it weren’t such a mashup of history, myth and a revered, drawling thespian, it might not draw our eye. A definite curio for the curious.