‘Arctic’: Stranded, frozen and hoping for help, but this lone actor gets little from his director 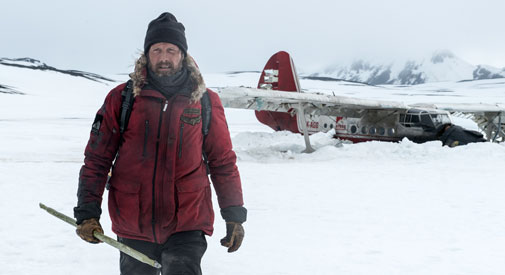 ‘Arctic’: Stranded, frozen and hoping for help, but this lone actor gets little from his director

Mads Mikkelsen is one of the most quietly engaging performers working, but even with his dancer’s physicality and emotive face he struggles to make 90 minutes of stomping through snow in “Arctic” thrilling – or even watchable. Stranded somewhere in the Arctic Circle, a man must fight to survive unforgiving elements to get back home. Pressure is added when his rescue mission fails, leaving the pilot dead and the passenger barely hanging on to life. He must make the impossible decision whether to stay in relative shelter or venture onward in hope of rescue. 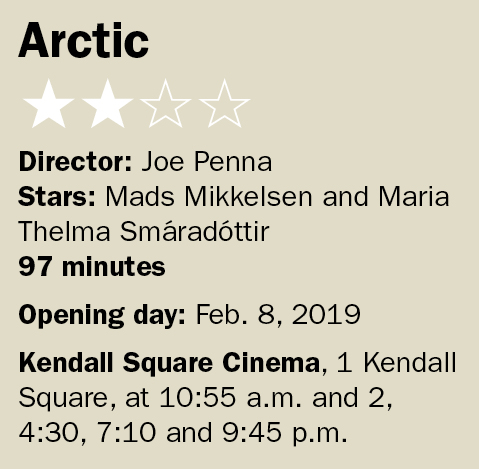 Mikkelsen has proven countless times that he’s a deft and emotive silent performer. Few of his characters suffer from verbosity, including his chilling and charismatic“Hannibal” or equally villainous but altogether different take on evil in “Casino Royale.” He is the ideal candidate to lead a film that requires a magnetic protagonist to propel the story, though he can only carry so much.

If “Arctic” is meant to be a character study, it doesn’t do enough early on to convince us these characters are worth spending so much time with. “Characters” is a term used liberally: Technically this a two-hander, but one is mute the entirety of the film, labeled simply as Young Woman, and there’s no particular moment we’re drawn into their plight. Instead, we’re forced to watch Mikkelsen’s survivor press on through one hurdle after another and hope the thrill of watching his will to survive is enough to carry us through until the cruel end.

Director Joe Penna and fellow screenwriter Ryan Morrison don’t know how to add substantial character work to a storyline that tries to build off this gimmick alone. It’s not the silence or the arguably tedious pace – both have been used to greater effect elsewhere; it’s that that we’re never given a reason to care beyond a want for two humans to survive. According to Mikkelsen this was the most difficult shoot he’s ever worked on, and there is plenty to appreciate about that. But there seems no point to the struggle than to shoot in a visually pristine location and act as a herculean exercise for a game performer.

Penna doesn’t seem to ever find his own direction, relying rather on the craftsmanship that defines the stronger aspects of the film – a score that wishes it were in another film (by Joseph Trapanese) and cinematography that benefits greatly from the setting’s natural beauty (by Tómas Örn Tómasson). Trapanese’s work in particular is soaring, influenced by well-known work by composers such as Hans Zimmer, building to a crescendo that works better without the vacant imagery. On his first feature film, Penna has a detailed eye and understands how isolation in a shot can build tension. But not anything more than that.

It’s easier to look at the film and think of it as a mystifyingly produced endurance test, both for the performers and viewers. Despite the energy and effort clearly poured into the making of “Arctic” and a few moments of technical achievement, there remains little to enjoy or take away from the disappointingly hollow final product.