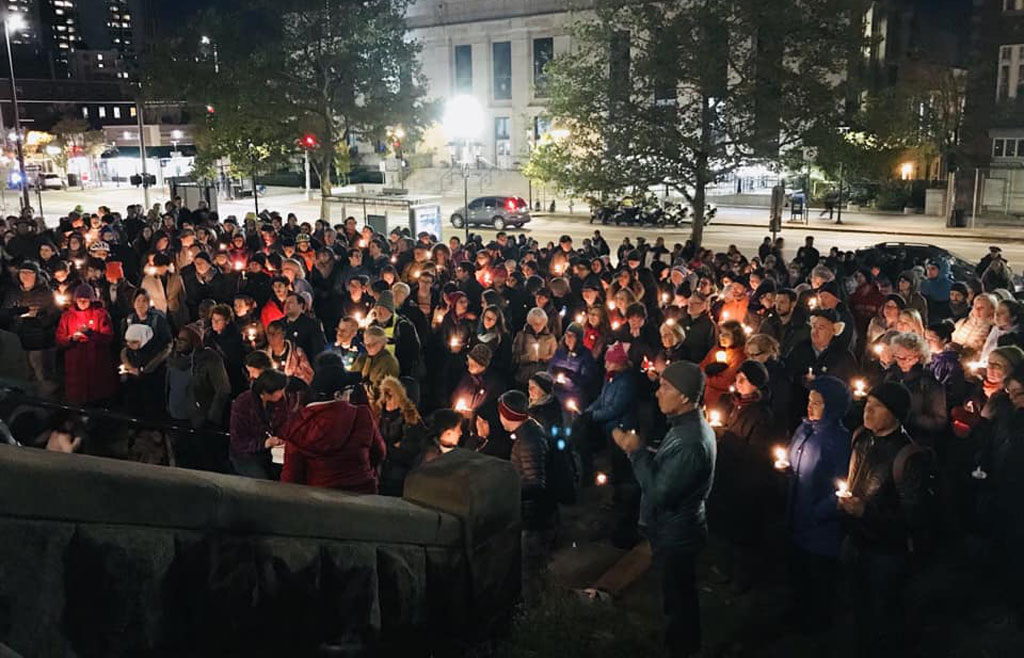 A vigil decrying last week’s terrorist violence that killed 50 in New Zealand is planned for 7 p.m. Tuesday at City Hall.

“It’s yet another time we’re gathering not in celebration, but to mourn. We have done this way too many times, but we will continue to do it as a show of solidarity and support,” Mayor Marc McGovern said at the end of a Monday meeting of the City Council.

The 50 dead and another 50 injured resulted from Friday attacks on two mosques in Christchurch, the third-largest city in New Zealand. The Australian gunman, who was arrested, had streamed his assaults on Facebook in the manner of a first-person-shooter video game and left behind an 87-page manifesto that seemed to layer trolling irony atop sincere hate speech against immigrants and Muslims. It mentions President Donald Trump briefly as a symbol of renewed “white identity and common purpose.”

The Tuesday vigil will be the city’s second recognition of the violence; the first was Friday at the Islamic Society of Boston mosque on Prospect Street in Cambridge, where prayers and vows of unity and support were attended by city councillors Sumbul Siddiqui and Alanna Mallon.

Resident Charles Franklin said he was passing by the mosque Friday when he saw around a dozen residents standing and holding signs “of love and welcoming to our Muslim community.”

The Tuesday vigil is planned for 7 to 8 p.m. on the lawn of City Hall, 795 Massachusetts Ave., Central Square.