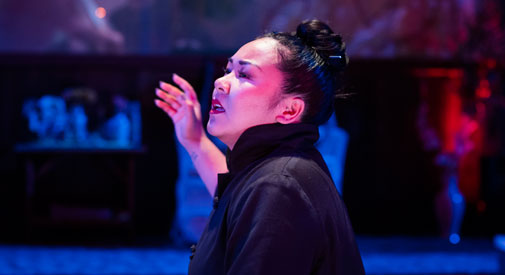 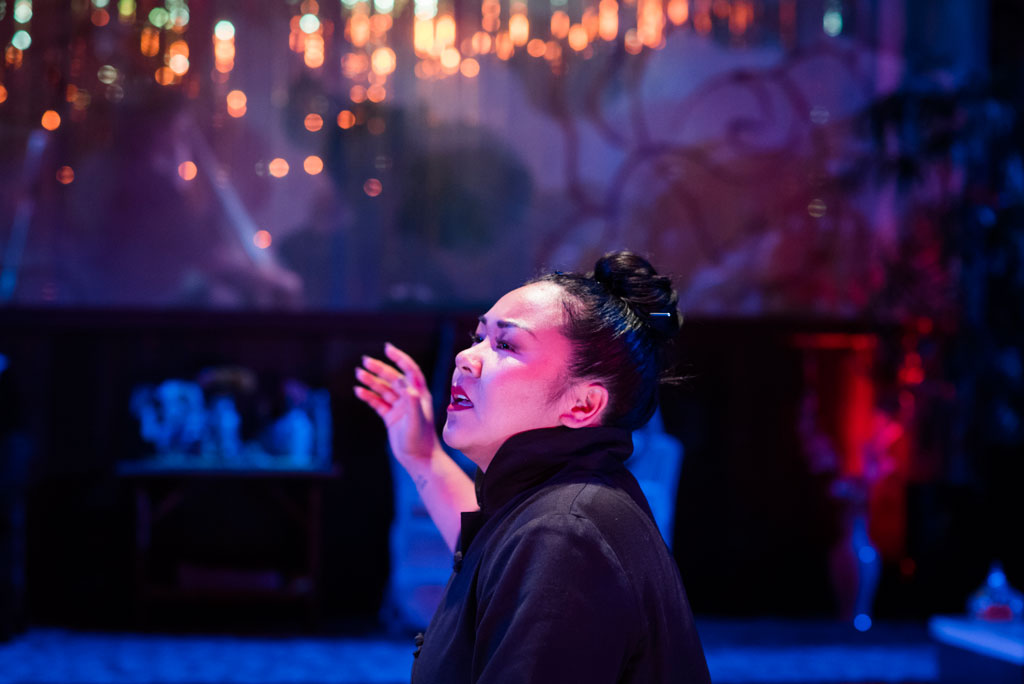 Sara Porkalob is a multi-hyphenate wonder: a Filipinx American activist-feminist and actor-writer-singer-producer-director-storyteller. Let’s add educator to this 29-year-old’s list, as experiencing her remarkable show “Dragon Lady” is akin to taking a master class. A master class from a superhero, that is, as in this tightly crafted show written in homage to her grandmother, Porkalob the Wonder Woman takes us on a journey through time and space. Each vignette in “Dragon Lady” reveals part of Maria Porkalob Sr.’s life story – working in a nightclub owned by the Philippine mafia, immigrating to America, raising five children in a trailer park, sharing time-honored wisdom with her granddaughter Sara – and each is a pearl.

Porkalob plays more than 20 characters of various ethnicities, gender, roles in society and ages, including (as per the character list in the program): Old Man, white M, age 71; Old Woman, black F, age 80; Gang members, Filipino M, 30s; Maria Jr.’s brothers, Ronald and Charles, Filipino, age 9 and Filipino mixed, age 7, respectively. Porkalob’s acting is nuanced, and she morphs into characters with facial expressions, body posture and tone with seeming effortlessness. For four women in the Porkalob line – matriarch Maria Sr., Mama Maria Jr., sister Lilly and herself, Sara plays a range of ages, childhood to present day. And did I mention that Sara has inherited her grandmother’s captivating voice? She sings like a bird. 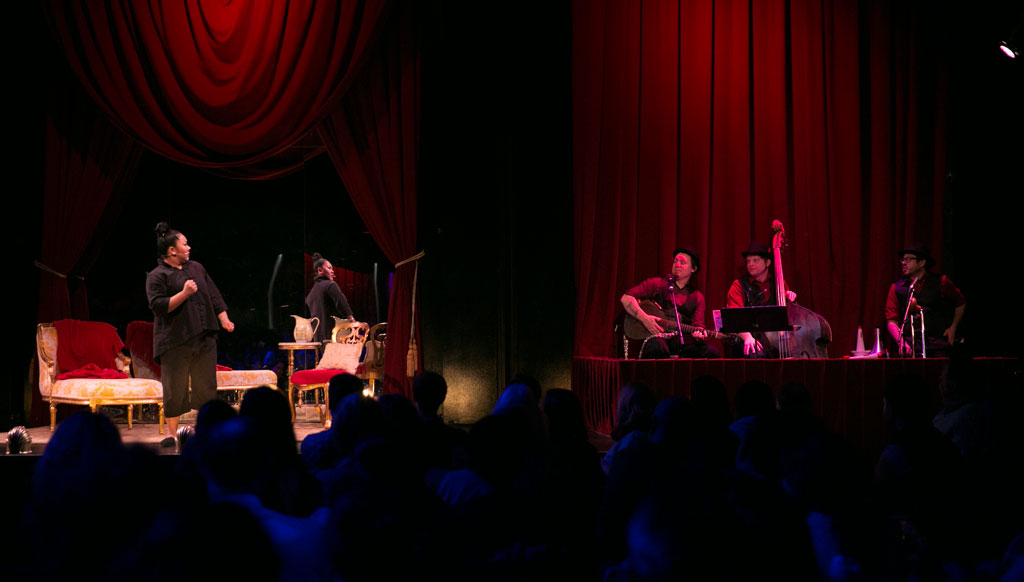 Shows dependent on a single actor’s performance make the theater producer-director-mentor in me wonder: Who is the understudy? When I asked this of Davone Tines, co-creator and principal actor of the A.R.T.’s “Black Clown,” Tines responded that he has no designated understudy and took care to get plenty of vocal rest (and the mom in me poured him another glass of water). One might expect that after each marathon performance, Porkalob would do the same, but understandably in a space as intimate as Oberon (where she interacts with some audience members during the show – watch your drinks and partner’s laps, folks) she took time post-show to greet friends and fans warmly, thanking them for attending and inviting them to come back for more.“Dragon Cycle” is a trilogy that includes also “Dragon Mama” and “Dragon Baby,” each focusing on one of the three generations of women in the Porkalob dynasty. “Dragon Lady” and “Dragon Mama” are being performed in repertory through April 6.

This production of “Dragon Lady” is a repeat engagement, and while I enjoyed it thoroughly last year, this time it reflected even more maturity, depth and confidence. Porkalob added some songs to the repertoire and changed some material. Having “Dragon Mama” in the works and a “Dragon Baby” on the way (thanks to an A.R.T. commission) as well as some audience feedback may have informed some of the reworking. While I enjoy Oberon’s flexible use of space, I generally prefer staging that grows from the actors’ motivation to move, enter or exit a scene, not to accommodate the director’s blocking or stage pictures. This is not as problematic with a one-woman show such as “Dragon Lady” as it is with larger casts where it can be hard to find the actor, sound is inconsistent or shifting chairs and craning necks are distractions. “Dragon Mama” will be staged more traditionally – in the round.

Porkalob makes time in her schedule to teach master classes and is particularly committed to supporting the growth of Asian American/Pacific Islander theater artists on- and offstage, conducting workshops at Harvard, the Pao Arts Center, and at a Filipino restaurant in Somerville. Rumor has it that “Dragon Baby” is being developed as a musical with 10 people. If Porkalob is not playing all 10 herself, there will surely be talented actors of all ages, ethnicities and genders ready to audition for the opportunity to be in Porkalob’s presence.