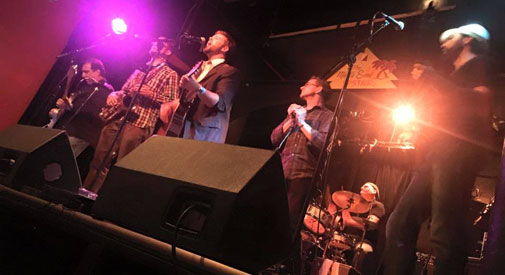 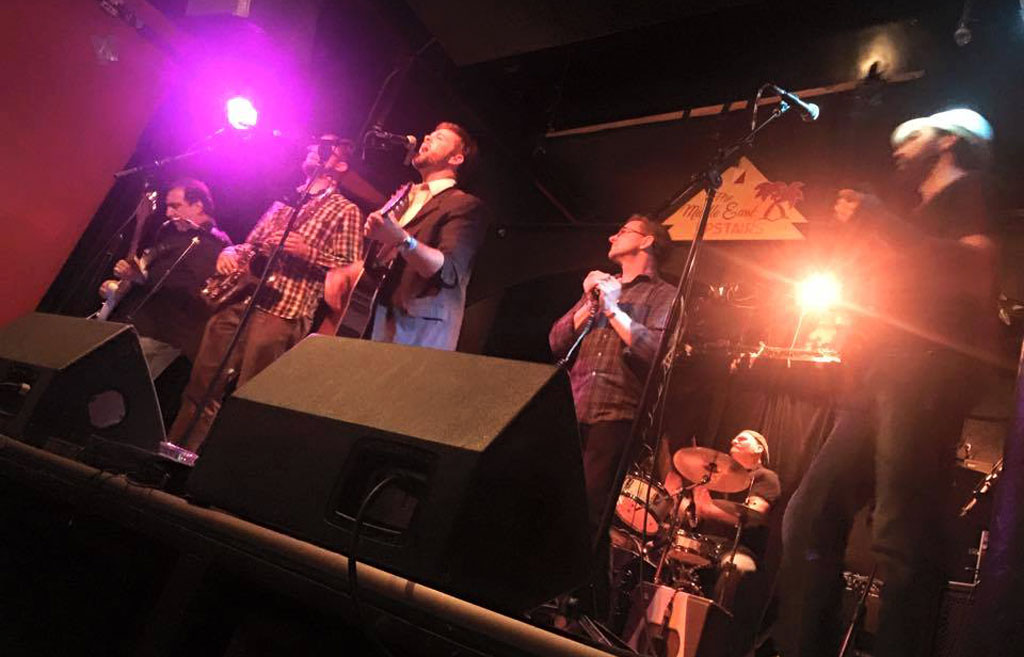 Founders Russ Turnquist and Greg Desimone played music together for the first time in 2012. Since then, the Arlington rock ’n’ roll group has gained new faces and performed throughout the area, including at local joints such as The Plough & Stars, Lizard Lounge and The Lilypad.

Different genres are infused into every track, giving each a distinct flair. The variety of instruments interspersed throughout “Back of My Apartment” give the song an alt-country and Americana vibe – saxophone, guitars, drums and keyboard work together to give the song a foot-tapping beat and zesty energy. In the next song, “On The Go,” rock meets Americana with a twangy guitar riff and uptempo rhythm catchy enough to lure even the shyest of people out onto the dance floor, adding another high-spirited song to the album.

Turnquist makes the songs feel raw and authentic by belting the lyrics confidently – check out the track “3 South.” Instead of worrying whether a note is perfectly on pitch, Turnquist simply has fun while singing over a lively keyboard, which gives the song a happy, carefree mood that rubs off onto the listener.

Not all of the songs are designed to make listeners feel cheerful or want to get up and move. The captivating “Last Chance” opens with gentle acoustic guitar, which gets steadily louder as other instruments are added and Turnquist’s voice grows stronger. “Last Chance” also has gripping – and relatable – lyrics about realizing a relationship may not have anywhere else to go, showing The Rusted Bucket Band can be both heartfelt and fun-loving.

The album’s mix of fast-paced and mellow songs is well-balanced, and while it could be overwhelmingly to squeeze upward of four genres into a single album, this feels like a cohesive unit. Instrumentals are another danger zone – it can be difficult to hold a listener’s attention without words to sing along to – but The Rusted Bucket Band, with Ken Kalaysian on guitar and Dan Bissex on bass, avoids that problem too. These are experienced musicians, and they nail every note effortlessly.