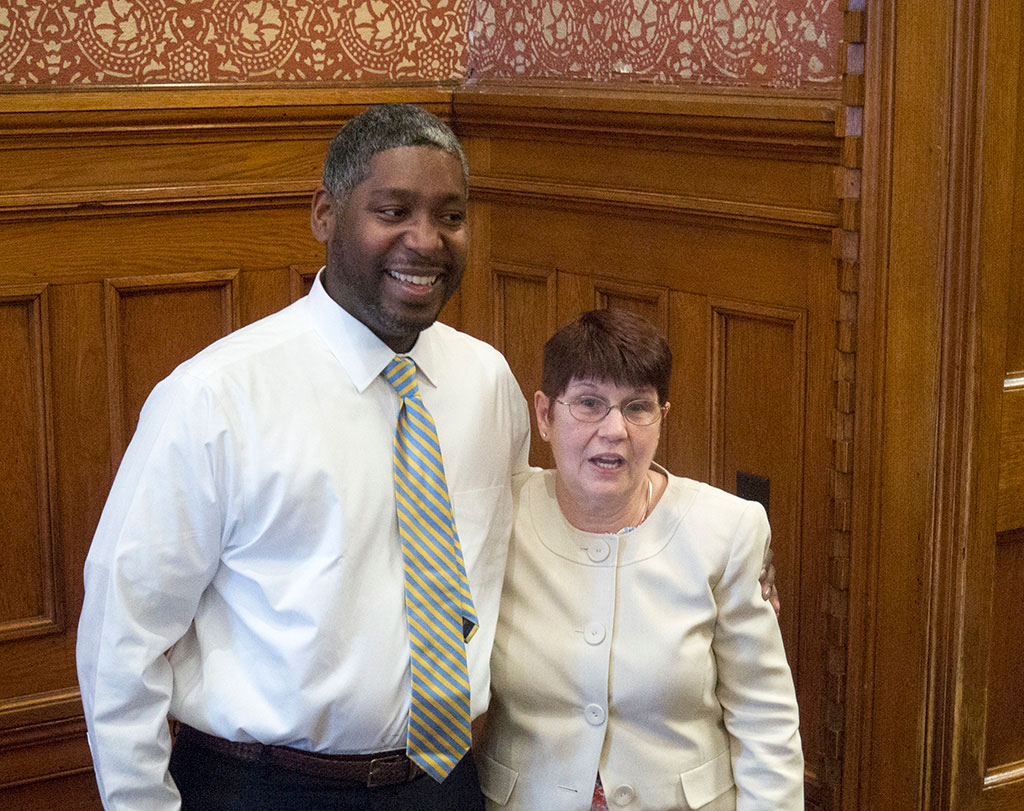 Anthony Ivan Wilson was selected to be Cambridge’s new City Clerk on Monday by the City Council, in a whirlwind public phase of a months-long process to replace Donna Lopez, who retired as city clerk last month (she has stuck around for the transition).

Wilson, the city clerk of Springfield, was one of four finalists for the position that were narrowed by a confidential selection committee led by vice mayor Jan Devereux. The finalists’ names were released Wednesday, followed by their resumes and personal statements on Thursday. The council interviewed each finalist publicly for about a half-hour Monday afternoon; the public interviews were poorly attended, with only two or three members of the public in the room. Councillors then met privately and voted publicly during the Monday evening regular meeting.

Wilson, an attorney, has served as Springfield city clerk since 2016. He graduated from Suffolk Law in 2011 and worked for Springfield’s law department before serving as clerk.

The other candidates were Timothy Phelan, an attorney and former city councillor from Lynn; Jeanne M. Survell, the town clerk of Pepperell; and Niko Vangjeli, the assistant city clerk for Worcester.

In public voting, the council went around alphabetically, and Phelan garnered the first vote, from Dennis Carlone. But all other councillors voted for Wilson, and Carlone then changed his vote to make it unanimous for Wilson. The approval allows the city to enter into contract negotiations with Wilson.

“I just want to say to all the candidates who interviewed, it was an extremely difficult choice for me,” said Devereux, who noted she had a spent “a little more time” with each of them through her role on the selection committee. “All of them brought unique and very desirable skills.”

Phelan and Vangjeli were not present for the vote. Survell and Wilson waited patiently in the room, Wilson with his wife, Kahntapaht Wilson, and their two young children: Anthony Rahm Wilson, age 2, and Araya Tisa Wilson, 11 months.

In his public interview, Wilson emphasized making information accessible to the public, and, like other candidates, talked about transitioning to more electronic records. Wilson said in Springfield, he tried to scan and make documents publicly available as quickly as possible.

Springfield has 13 city councilors to Cambridge’s nine, and Wilson observed that all “aren’t always on the same page.” Asked to discuss his experience with the state zoning law, Chapter 40A, Wilson said it was “significant,” and noted he had defended Springfield in court in zoning litigation when he worked for its law department.

“I look forward to working with citizens and working with the City Council,” Wilson said after the vote. “If things needs to be improved, if they’re looking for more access, more efficiency, I hope I can bring that to the community.”

Wilson and his family will now be hunting for a home in Cambridge.

Reached late Monday, Margaret Drury, Cambridge’s city clerk from 1992 to 2012, was optimistic about Wilson: “I wish him well!”