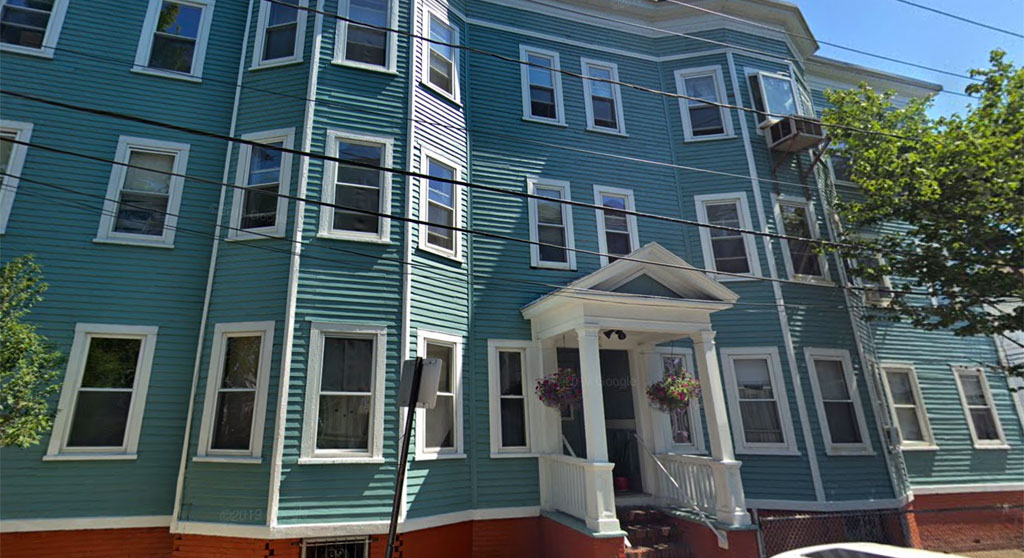 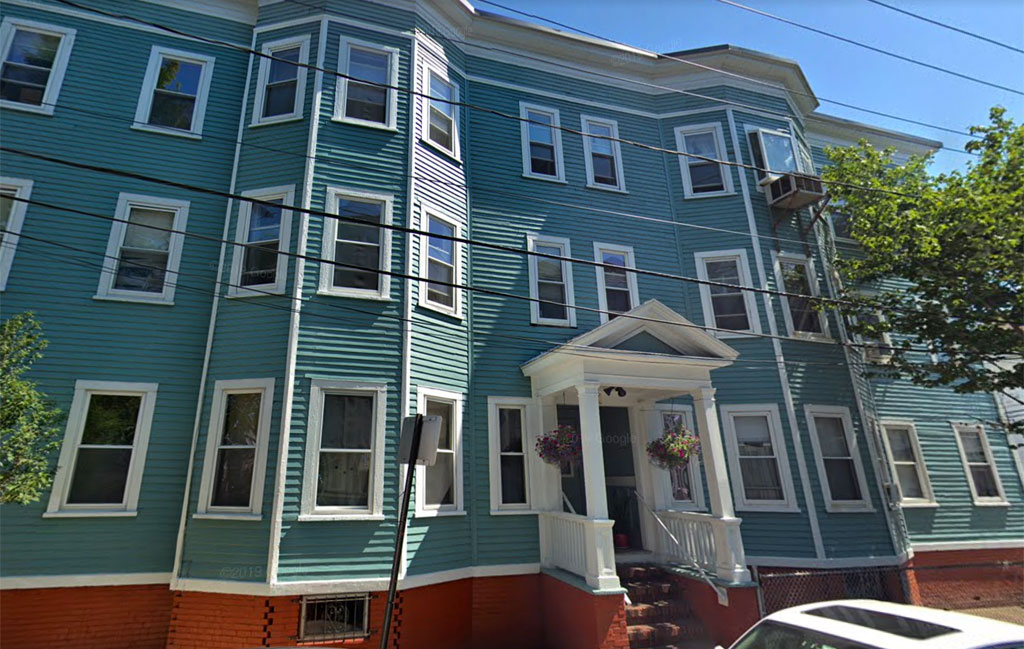 The family that owns 305 Washington St. in The Port calls it The Modica Estates for Airbnb rental purposes. (Photo: Google)

A burgeoning “Airbnb conglomerate” near Central Square got bad news from the city’s Inspectional Services on Monday, learning that its bid to add bedrooms would have to wait at least six months and a basement self-storage business would take longer if it could be done at all.

The Modica Estates advertises itself as offering five rooms for short-term rental – most looking spare in photographs, though with unusually specific choices in bed linens that includes one colorful set with Marvel superheroes – and a one-week internship program that lets applicants “get hands-on experience and earn their way through helping with cleaning, laundry, dishes, trash and recycling and the general labor involved in running a business.” (Cash accepted in lieu of labor, the company website says.)

Neighbors aren’t pleased, and took to social media over the weekend to blast the business as “insane and infuriating” and illegal – “an unregulated hotel with illegal labor.”

But aside from the aborted self-storage concept, the business works mainly within Cambridge’s short-term rental law, according to conversations Monday with a co-owner and city Inspectional Services Department staffer. 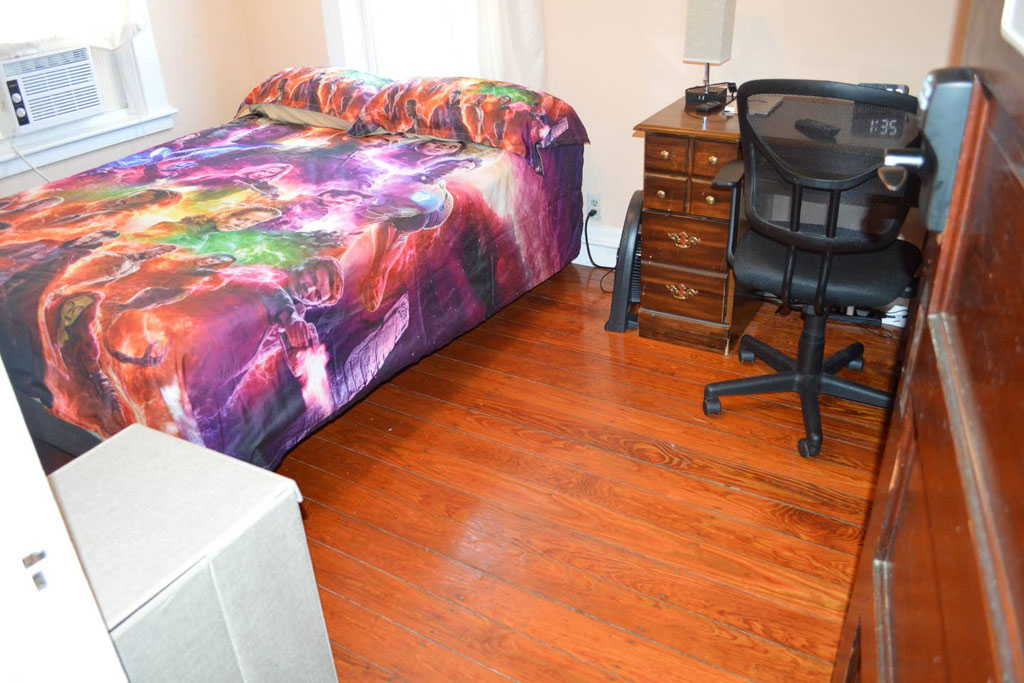 The law, in place as of April 2018, lets registered rooms be rented for less than 30 days at a time if managed by an owner-occupant who uses the property as their primary residence. Jamal and Jason Modica, who say they began renting through Airbnb in September 2017 (and are deemed “superhosts” by the company), also both say they live in their family-owned apartment building at 305 Washington St., in The Port neighborhood – a three-story structure across from Clement Morgan Park that the family picked up in 1985 for, public records show, $86,667. (If the name sounds familiar, the constantly changing public art venue in Central Square known as Graffiti Alley is actually named in honor of the artist Richard B. “Rico” Modica, Jamal and Jason Modicas’ father. The Modica Estate website has a prominent link drawing attention to it.)

“Each kid has their own apartment in the building. And the two that have registrations are both doing Airbnb in two out of the three bedrooms in their unit. So they’re allowed to do operator-occupied short-term rentals under the city ordinance,” city inspector Dave Power said. “It’s a little unique in that the building is owned by a trust. And Jamal and Jason’s mother is the trustee.”

But Power – who inspected the property when the rooms were originally registered for Airbnb rental and called back Monday at the urging of city councillor Jan Devereux – was surprised by the Modica Estates website, and concerned based on his recollection of the building layout that it listed five rooms for rent. Though the suspicious fifth room was likely to be the expansion that was denied Monday, it already linked through to Airbnb. “I have to check on that. I will probably look to schedule another inspection,” Power said.

Jamal Modica said he came to the short-term rental business after driving for Uber. “I’m a self-employed guy in general. That’s the way I like to work, you know? So I go where the opportunity is, and Airbnb is what’s hot right now,” he said.

City rules do make renting through Airbnb complicated, he said, and he acknowledged that the self-storage concept had to go on the back burner, since it was impossible without a special permit. “They don’t tell you that you can’t do it, [but] they basically wring all the profits out of it and just make it look less and less attractive until you decide on your own not to do it,” he said.

The expansion Jamal Modica was excited to launch Sept. 1 relied on a “manager” living in an apartment unit and renting out another room, but the plan came crashing down when he learned that the tenant-manager had to fulfill a six-month residency rule, he said.

“I just had the inspector come in here and give me a talking to like I’m a bad guy for trying to open up a registration. It feels like he sees me as the bad guy who’s kicking out residents,” Jamal Modica said. “I don’t want to throw any shade at him. But just dealing with him today, you can be clear that the city doesn’t like Airbnb hosts. If you just want to start one, that shouldn’t be a problem, but I’m trying to start a bunch of them, and I can see they don’t like that and it’s their job to stop me from expanding.”

“Hopefully, I can work through it,” Jamal Modica said. “I’ll let you know how it goes in six months, if I can get the next one rocking and rolling.”

Among locals who hope that doesn’t happen is Dana Jay Bein, a comedian and comedy teacher who has been watching the situation at the apartment building and alerted Devereux to the situation via Twitter. That there have been technically no evictions – just the non-renewal of leases – at 305 Washington St. doesn’t mollify him.

“It seems really shady,” Bein said. “Shady enough that everyone should know what’s going on.”

After having shut down the self-storage concept and enforced the tenancy rule, Power, the city inspector, suspects the website still looks both more alarming and more impressive than the situation at 305 Washington St. deserves.

“They’re trying to make this website seem more than what they really are. I just look at it as a couple of guys trying to rent rooms in their units of their mom’s building,” Power said.