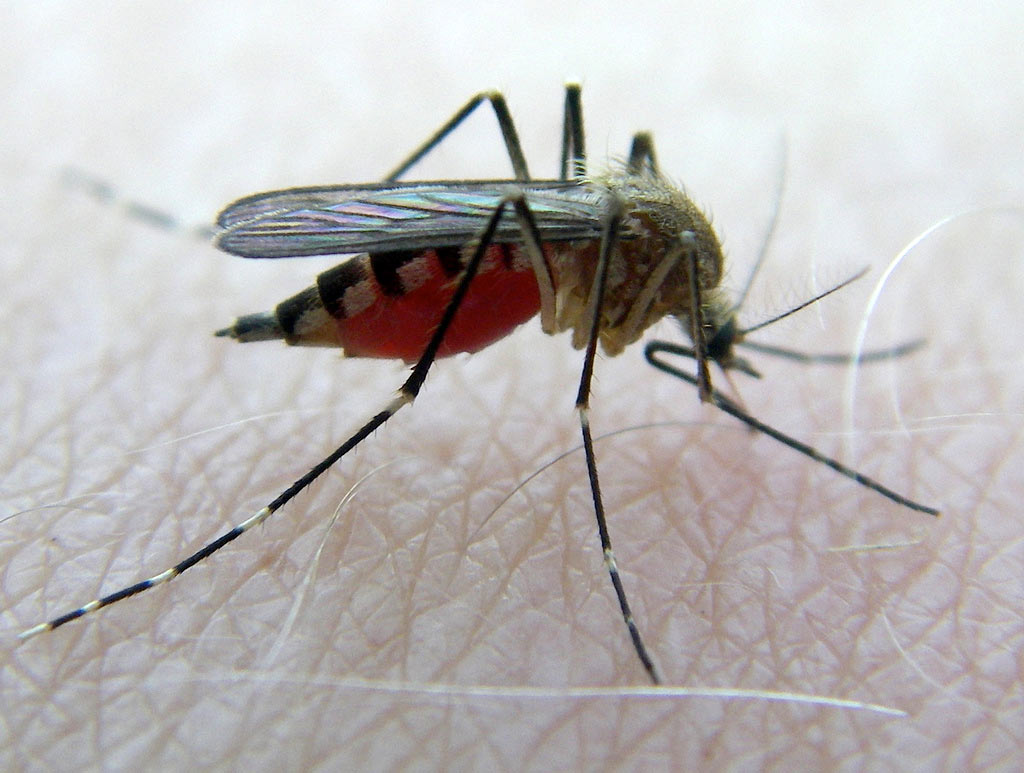 A mosquito is seen at work in Franklin in 2008. (Photo: Debris Field via Flickr)

The resident, a man in his 60s, became ill at the beginning of September and was hospitalized. State health officials believe the resident got West Nile from infected mosquitoes in Cambridge.

It’s the first human case of West Nile virus reported in Massachusetts this year – a mild one for West Nile virus, with relatively few mosquito samples testing positive for the virus across the state.

On Thursday, the state agency raised the risk of West Nile virus infection to “moderate” from “low” in Cambridge and seven other communities: Somerville, Arlington, Watertown, Belmont, Boston, Brookline and Newton.

“We urge residents to take precautions against mosquito bites, especially after dusk,” said Claude Jacob, chief public health officer and director of the Cambridge Public Health Department. “You can protect yourself by using repellents, wearing long-sleeved shirts and long pants in the evening hours, and moving indoors if mosquitoes are biting you.”

Most human West Nile virus infections are mild with no symptoms, but a small number of people become very sick with encephalitis or meningitis. For those who have symptoms, they include fever and flulike illness. More severe symptoms include headache, high fever, neck stiffness, stupor, tremors, muscle weakness and paralysis.

“People over 50 and those with weakened immune systems are at greatest risk for severe illness, and should consider curtailing outdoor activities after dusk and in the very early morning hours,” Jacob said.

Unlike for West Nile, the risk of another mosquito-borne disease – eastern equine encephalitis – is considered high or critical in more than 70 Massachusetts communities outside the Interstate 95/Route 128 loop. There is minimal risk of EEE infection in Cambridge and neighboring communities, but residents should be vigilant in protecting themselves against mosquito bites when visiting parts of the state at higher risk for EEE, health officials said.