‘Pain and Glory’: Almodóvar gets personal, exploring body of work – and an aging body 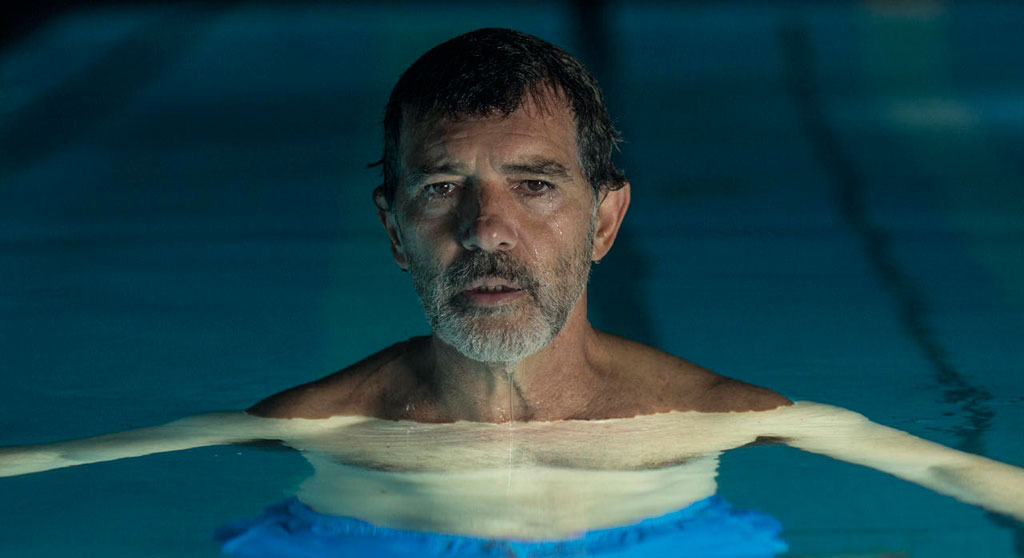 ‘Pain and Glory’: Almodóvar gets personal, exploring body of work – and an aging body

Reconnections abound in Pedro Almodóvar’s latest, one of his most intimate and personal films in years. Given it’s about an aging movie director struggling with physical ailments and the last chapter of his life, “Pain and Glory” is clearly, deeply autobiographical and something of Almodóvar‘s “8½” (1963). The title embraces physical and emotional pain as well as reflection on past “glories” with the dim but beating prospect of perhaps one more to come. 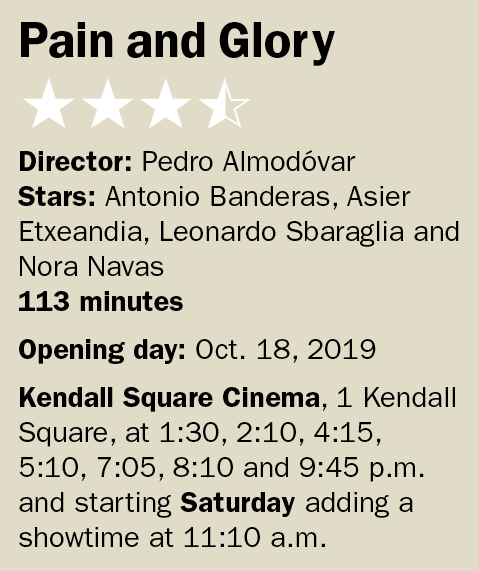 Longtime Almodóvar collaborator (and alter ego) Antonio Banderas, looking quite Clooney-esque with a salt-n-pepper beard, plays Salvador Mallo, a cherished film director who lives alone in Madrid, hobbled by chronic disorders and lament. It’s painful to watch him get in and out of a cab. In a voiceover we get the tick list of afflictions: asthma, sciatica and tinnitus – and to illustrate the point, Almodóvar launches into animated anatomy lesson to let us know just how nasty a fused disc can be.

Salvador’s relief comes through a restoration re-release of one of his past glories (the film’s title “Sabor” translated is “Flavor” or “Taste”). The prospect has him track down the lead actor, Alberto (Asier Etxeandia), from whom he’s been estranged for years over Alberto’s use of heroin on set – which is ironic, as during their reconnection Salvador starts using heroin to ease his emotional and physical pain, and ultimately gets hooked. With the big re-release looming, we flip back in time to a young Salvador (Asier Flores) and his mother, Jacinta (an elegant and graceful Penélope Cruz), living humbly in an alabaster “cave” apartment where, during the day, Salvador tutors an illiterate young man named Eduardo (a wide-eyed, handsome César Vicente) in exchange for tiling, painting and freshening up the dingy al fresco abode. Also in the present, there’s the specter of Salvador’s former lover, Federico (Leonardo Sbaraglia), a similarly majestic aging lion who now lives in Buenos Aires and has a female partner. Federico and Edmond, we learn, are the inspiration for much of Salvador’s work (though maternal themes run almost as deep in Almodóvar‘s works as LGBTQ and raw, sexual desire, i.e., “Volver” in 2006, “High Heels” in 1991 and “All About My Mother” in 1999).

Given the construct, it should come as no surprise that “Pain and Glory” is a deeply internal film rooted in melancholy and rue, and you feel the title’s emotional signifiers palpably. Banderas, so soulful and integral to the film, gives the performance of his career and should be rewarded for it come awards season.

Those looking for some of the outrageous graphic shock Almodóvar’s been known for (“Tie Me Up! Tie Me Down!” in 1989 or “The Skin I Live In” in 2011) may be somewhat disappointed – though there is a long, ogling penis-envy shot, which, while it makes sense in context, feels a tad off from the rest of the film. I’m not sure where the Spanish auteur goes from here; he faltered some with “I’m So Excited!” (2013) while trying to rekindle the raucous, ribald zing of past (and personal favorite) classics such as “Pepi, Luci, Bom and Other Girls Like Mom” (1980) and “Women on the Verge of a Nervous Breakdown” (1988), but with “Pain and Glory” there’s a sense of coming full circle. All the ends connect – but not how you might expect. It feels like a warm and complete closing from a man in full.