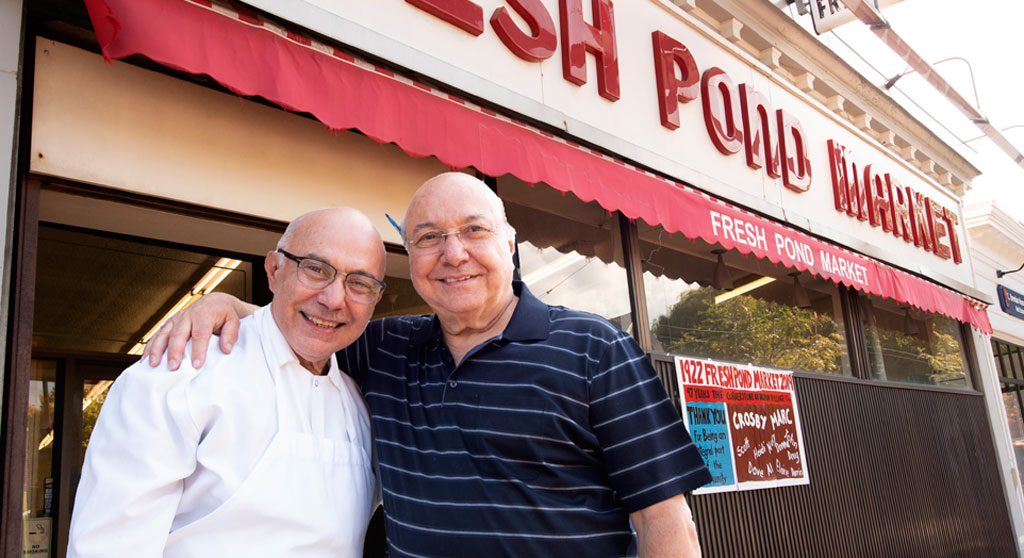 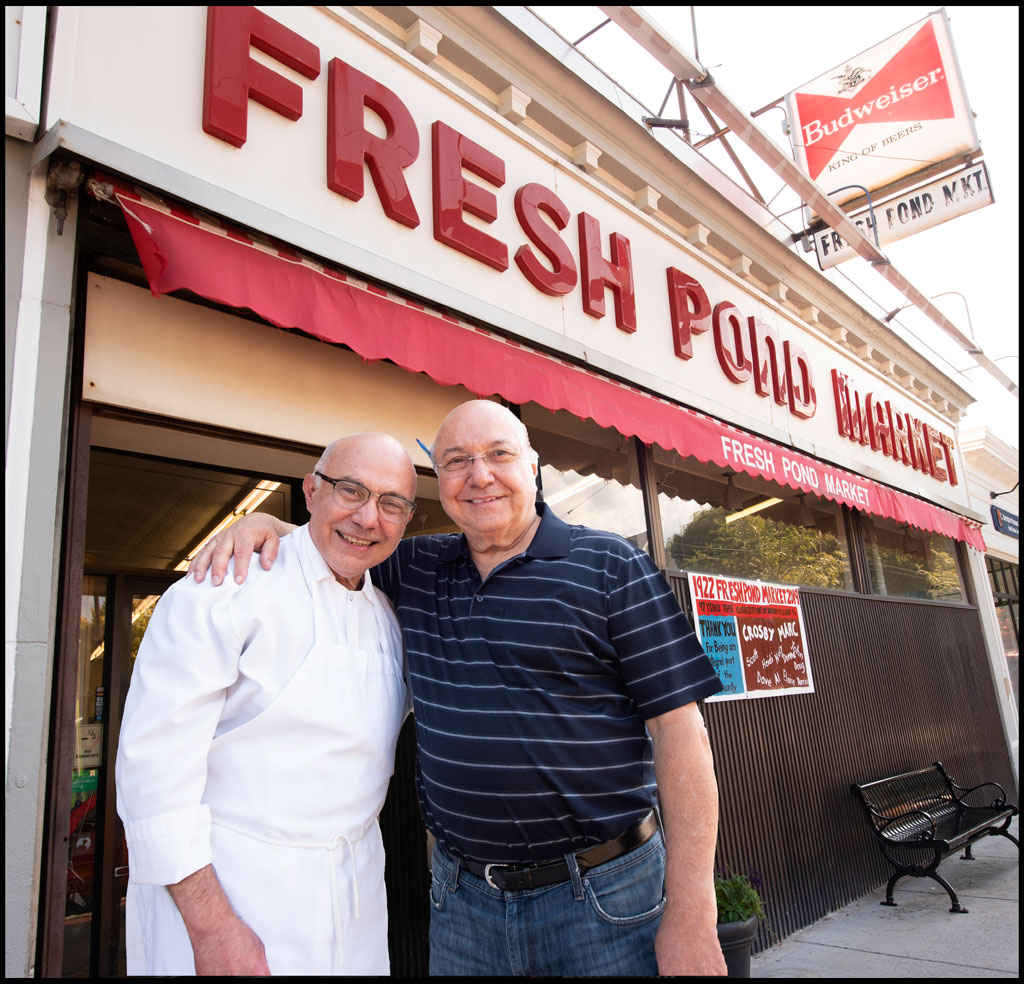 Marc and Crosby Najarian say goodbye to their family-owned Fresh Pond Market in September, before a renovation that should see it reopen under new owners in March. (Photo: Stu Rosen)

The good news about Fresh Pond Market was confirmation that new owners Ihsan and Valerie Gurdal plan to carry it on as a community grocery store. The bad news, the Formaggio Kitchen couple said, is that a reopening can’t be expected until March.

The 4,000-square-foot Huron Village grocery store at 358 Huron Ave. has been open since 1922 – reputedly the oldest business in the neighborhood – and needs a gut rehab, Valerie Gurdal said Oct. 23 outside a License Commission hearing. The walk-in freezers are particularly in need of work, she said.

But after a renovation that is costing “more than we wanted” (and even “scared” the couple to think about), Fresh Pond Market will be back selling the mundane items neighbors need, from toilet paper to produce, Valerie Gurdal said. Also returning is a full butchery shop like the one maintained by the former longtime owners and now contented retirees, Marc and Crosby Najarian, who closed their doors with a community party Sept. 14.

It’s also not the only neighborhood staple changing hands without changing what it does: The Full Moon restaurant at 344 Huron Ave., just steps away from the market, will change its name to Melting Pot and add an hour to its hours seven days a week, but otherwise carry on as it has since 1997, according to License Commission testimony the same day.

Sarah Wheaton, former owner and manager of the restaurant, has maintained it over the years as a “relaxed and kid-friendly space” – with a dedicated play area and menu that draws parents and their friends from around the region.

Full Moon is now owned by Bhola Pandey, of the Mitho Restaurant in Winchester serving Nepalese cuisine. Other than the name change, “he’s running it exactly as it is now,” said Pandey’s attorney, Joe Devlin. “I don’t want to insult anybody who might be here [from other parts of Cambridge], but he called this the best neighborhood in Cambridge, and it only had two restaurants – and this is really well run. So he’s buying it to run it as in, not to change anything about it.”