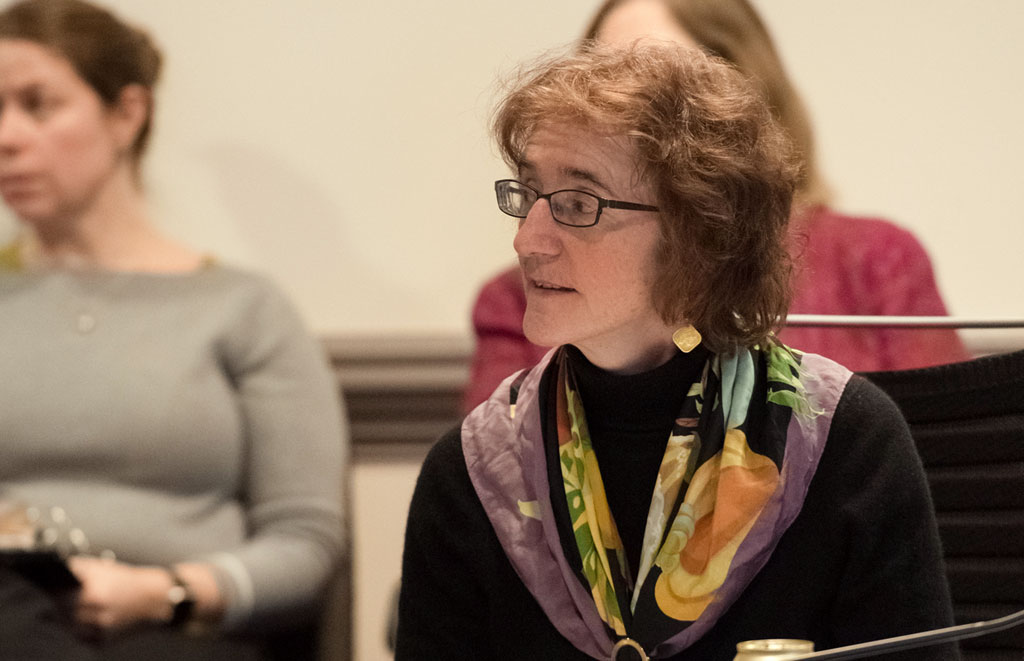 School Committee member running for council for the first time

We’re trying to do a lot, and I support much of the work that has been done. It’s been mentioned that just supplying a lawyer can reduce evictions tremendously. An Office of Housing Stability is another very important idea. I also support working with tenants subject to no-fault displacement – could we provide no-interest loans to anyone who just can’t pay that rent, and that’s why they’re being evicted? We can strengthen our condo conversion policy. We also need to provide educational assistance and support to tenants so they know their rights. We need to study how just-cause eviction protections might help, either for all tenants or for specific at-risk groups such as older, low-income senior citizens. I also look forward to the recommendations from the mayor’s Tenant Protection Task Force, led by councillor Sumbul Siddiqui, and we should certainly learn from other other cities; I would reach out to people across the country for best practices, since we’re not the only ones dealing with this. The city should also update our inclusionary housing preferences to ensure that people with the greatest needs are at the top of those lists. I am open to at least discussing a right of first refusal. And we should ensure that any tenants in apartments with expiring affordability are able to stay in place.

Do you support the Affordable Housing Overlay proposal, as referred by the Ordinance Committee? What are your other ideas for producing more affordable housing in Cambridge?

I would not have voted for the overlay as currently written, and a key reason is that the number of units was totally unclear about what would be promised. The city’s own frequently asked questions page says, “If the overlay alone will produce no new units of affordable housing, why are we doing it?” No new units! Maybe zero to a few. It would make things easier for a few projects, but if it would produce no new units, how is it that it had so much support? Meanwhile, look at what’s happened without the overlay: Frost Terrace, 100 percent affordable right on Massachusetts Avenue, worked with the neighborhood within design guidelines and put on more environmental sustainability elements because we had a process that could do it. Just-A-Start may well be building another 100 units at Rindge Terrace with a community center. Inclusionary – yes, there’s only been one or two so far, but there are many, many more in the pipeline. Let’s assess it. Let’s see if we can push the 20 percent inclusionary rate up to 25 percent. All this, done without the overlay. Why else will there be some more units? Because the City Council did a really great thing in increasing the amount of money in the Affordable Housing Trust to $20 million from $13 million. We could consider doing more. But if we don’t do the overlay, we already have a lot of things happening. What else could we do? Let’s change the zoning. I am totally in favor of that. But we don’t have to change open space setbacks or height requirements; we could take the number of units in any given single-family and increase it to two, three or four. We could incentivize smaller units in the city. We could work with universities to house the graduate students, work with small landlords like myself – we rent out the first floor of our two-family home and would consider doing it Section 8 if the city had a program to help me, but we’ve never been approached.

If elected, what would be your top climate-related strategies or specific actions you would want the city to take on them?

No new gas lines for any new construction. That’s it. We’re done. No more fossil fuel coming into this city. The second is paying for installing solar on houses, with the expense recouped upon the sale of the house. People don’t do it themselves – let’s have the city pay for it, getting back the money when the house is sold. We have a goal of 60,000 kilowatts of solar by 2028; it’s 2019, and we’re at about six.