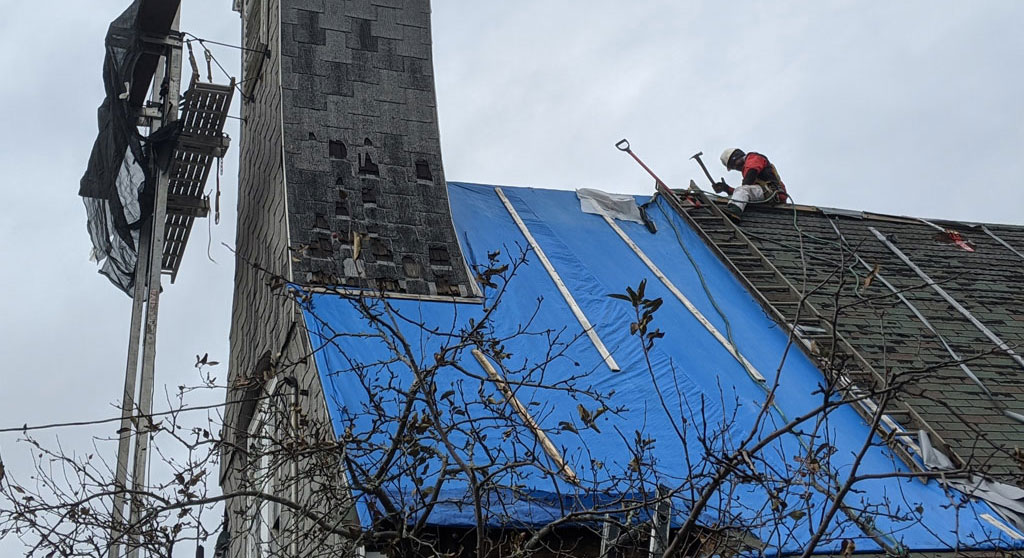 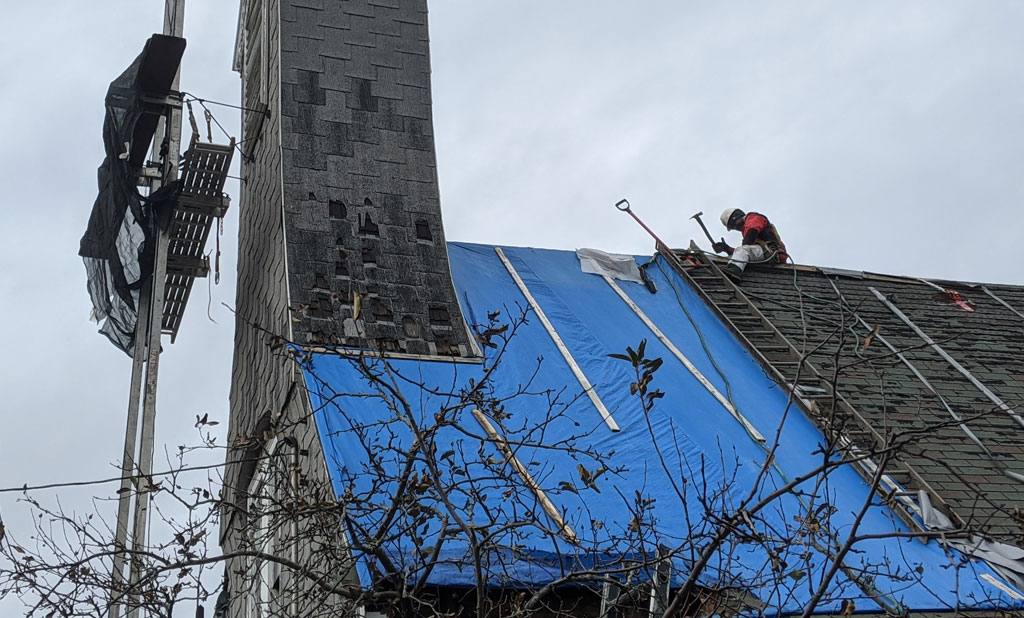 Work began this month restoring St. Augustine’s African Orthodox Church, a historic Cambridgeport structure that played a role in the work of Marcus Garvey, the black nationalism and Pan-Africanism movement leader who helped inspire the Nation of Islam and Rastafarianism.

The first phase of funded work began with Cambridge General Welding installing structural metal supports to bolster the wood framing of the 130-year-old church, and exterior work on the roof and bell tower – just as on Nov. 7, the Historical Commission awarded St. Augustine’s African Orthodox Church a matching grant of $50,000 to restore the siding and original entry, said Cambridgeport Neighborhood Association board member and architect Gabriel Cira.

Restoration work is being overseen by Cira as part of his work with the association. The CNA got involved in raising funds for the church’s restoration last fall, winning the project two grants from the National Trust for Historic Preservation and holding a benefit on St. Augustine’s behalf in June. “We must support the preservation of this historically and culturally significant neighborhood treasure,” association president Cathie Zusy said. 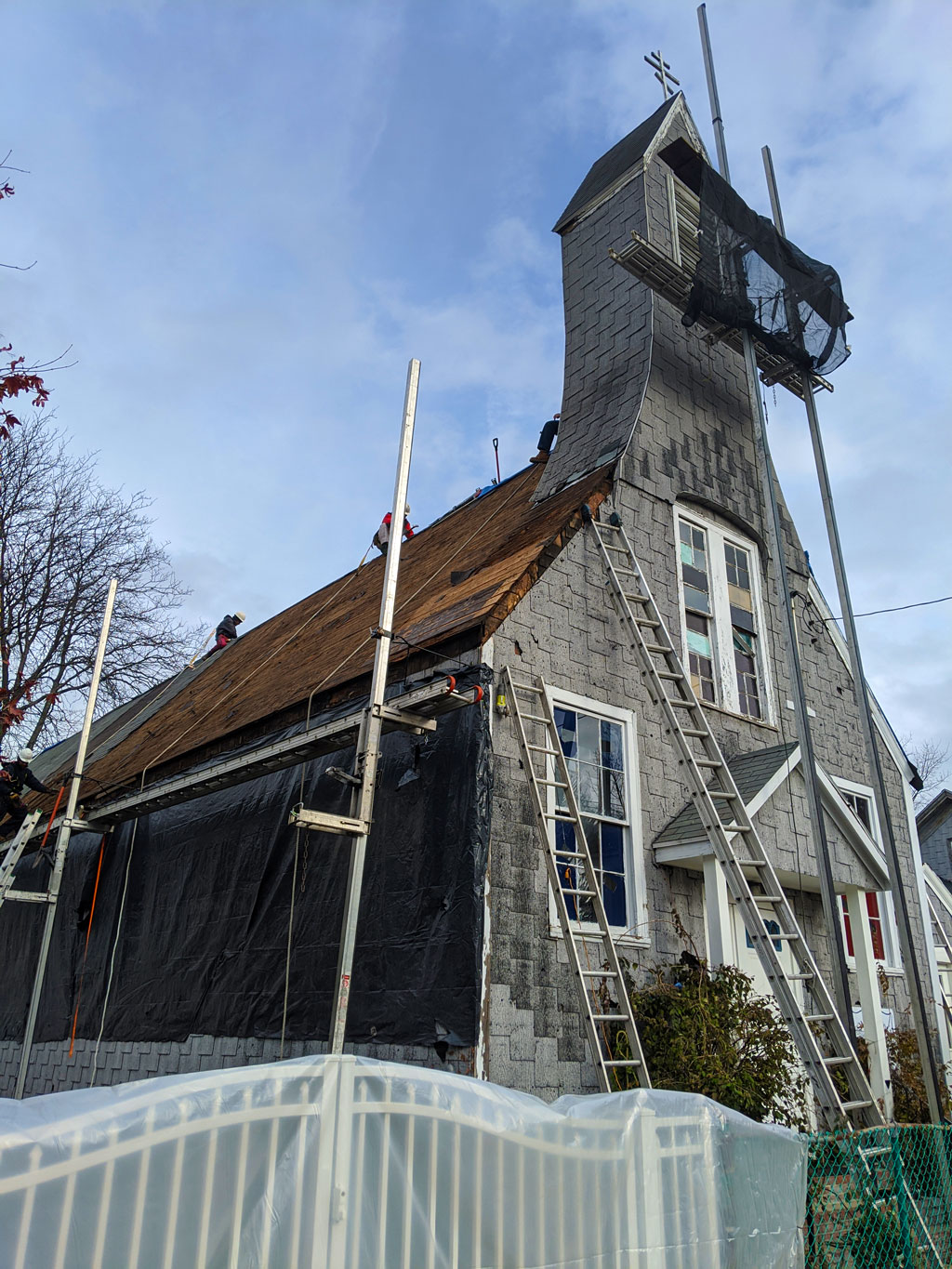 Ned Eccles, clerk and treasurer of St. Augustine’s, said “It has been so exciting to see the work started, and workers prepping inside and out. It takes my breath away to see all the work that the community has done and is doing to support this project.”

“I do believe in miracles,” Eccles said.

St. Augustine’s was designed by architect Robert H. Slack and built in 1886; two years later it was chopped in half – one part moved to the back of the lot, so a new middle could be built to connect the original sections and expand to fit a burgeoning congregation.

It started as an Episcopal mission, and since its inception has been a welcoming place for Cambridge’s West Indian, African-American and other immigrant communities. The African Orthodox religion was started as the religious wing of Garvey’s black political movement, led throughout the 1920s by the founder of the denomination, Bishop George Alexander McGuire, according to materials provided by the Cambridgeport Neighborhood Association. This church was given the designation of the “pro-cathedral” of the African Orthodox religion, meaning it was the home base of the bishop and founder of the religion himself.

Once restored, though, the association hopes the church will serve a mission beyond that of the religious, just as the restoration was made possible through a public partnership.

“Any successful architectural preservation project must be community driven. Restoring this building means that it will be safer and more comfortable to use by a variety of allied groups; we really want to spur a revival of its use as well as its architecture,” Cira said, urging “interested groups looking for space” such as for music, dance and art to be in touch.

For information about the project, see cambridgeport.org.