The three-film secret of Trey Edward Shults: Keep it personal, even during the apocalypse 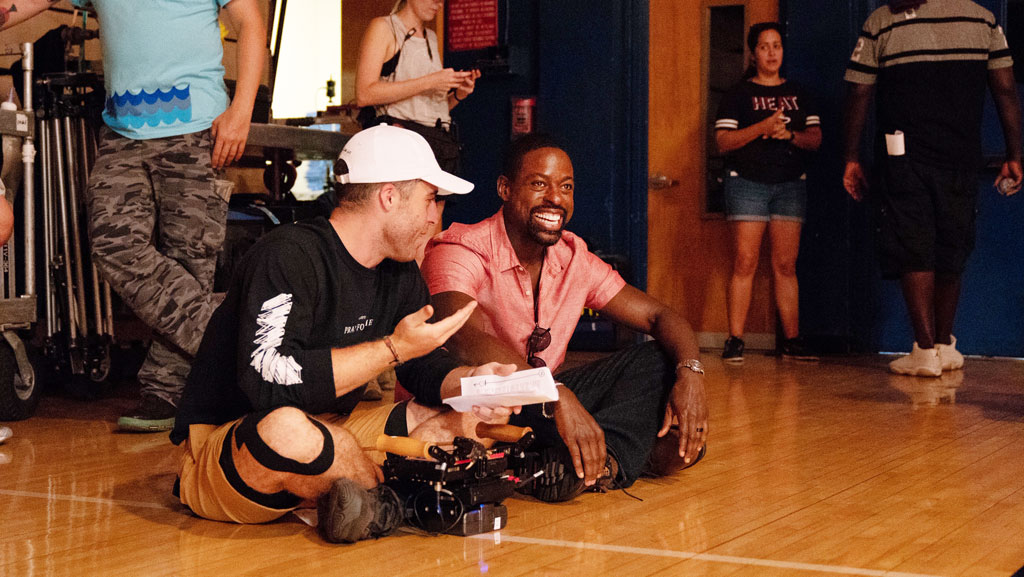 The three-film secret of Trey Edward Shults: Keep it personal, even during the apocalypse

Trey Edward Shults on the set of “Waves” with actor Sterling K. Brown.

The films of Trey Edward Shults are haunting in their immersive ambience and enigmatic narratives, but they’re also – to date – deeply personal, if not autobiographical. In his debut, “Krisha” (2016), Shults explored the effects of addiction on the family surrounding the user, reflecting how Shults’ immediate family had been affected by addiction and alcohol abuse over the years; even his near post-apocalyptic chiller “It Comes at Night” (2017) was a means for Shults to work out the grief of losing his father to pancreatic cancer.

Themes of addiction and struggles with an estranged and dying father are also part of Shults’ latest, “Waves,” in which young African American wrestler Tyler (Kelvin Harrison Jr.), in a tumultuous romantic relationship in addition to struggling against his controlling father, Ronald (Sterling K. Brown), turns increasingly to drugs after an injury that threatens to sideline his promising athletic career and shot at college. Meanwhile, Luke (Lucas Hedges), another wrestler on the team, struggles to reconnect with his his dying, distant father.

“I’m both Tyler and Luke,” Shults said in an interview with the Day, “and [their] girlfriends are something like my girlfriends. The parents are somewhat based on mine – primarily Luke’s dad – but Brown brought a lot to the role of Ronald.”

The story revolves primarily around Tyler’s family members, who happen to be black. “I wanted to tell a tale that was both universal to what all families go through, but also show the challenges a black family faces that white people don’t,” said Shults, who is white, and wrote in collaboration with Harrison Jr. At one juncture in the film, Tyler’s dad tells him that because they are black, they need to work 10 times as hard to take a step forward, and then there’s the one lone hateful drop of the N-word – just one, but it resonates.

“I just knew I wanted to work with him again after ‘It Comes at Night,’” Shults said of Harrison Jr., whose experiences described in long “mini therapy” talks between the director and actor helped “Waves” take shape. Harrison Jr., who was also in “Luce” earlier this year, delivers a nuanced and complex performance that is bound to elevate his stock.

Shults, on his third film at only 31, got into filmmaking somewhat by happenstance when visiting his aunt, Krisha Fairchild – yes, the star and title character of his debut – in Hawaii, where she got him a job working on commercials. That led to an encounter with Terrence Malick, who was there filming his documentary “Voyage of Time” (2016); Shults, just 18, stepped in as a film loader for the shoot. Seeds for “Krisha” were sown quickly.

“That film changed my life,” Shults said. After “Krisha” won the Grand Jury and Audience awards at South by Southwest, buyer and distributor A24 was was hungry for more. “I had a version of ‘It Comes at Night’ before I shot ‘Krisha,’ and A24 wanted to know what else I had.”

As for what comes next, “I’m not sure,” Shults said.

“Maybe live a little? I put everything I had into this film,” he said, “and now I’m just a blank slate.”

‘Waves’: In haze of dazzling Florida sun, tragedy threatens to pull a family under