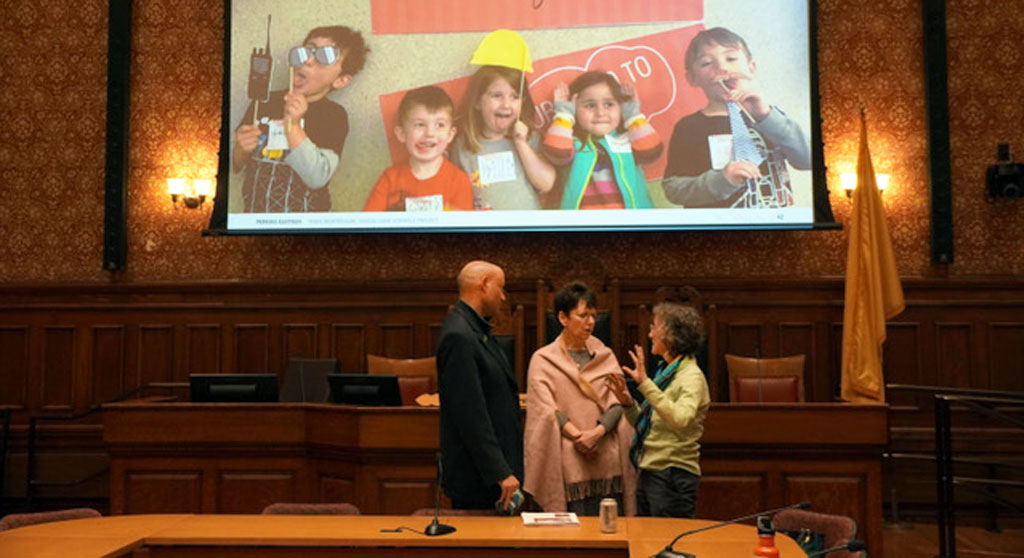 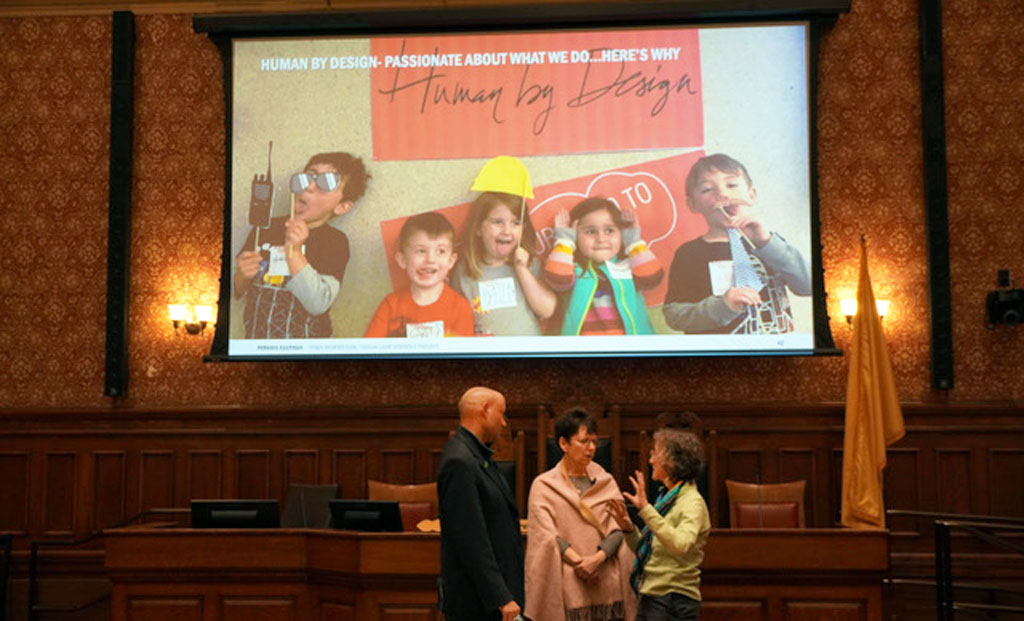 Though enthusiasm for universal pre-kindergarten among officials has been high for years, a City Council/School Committee roundtable discussion Tuesday greeted the findings of a Universal Pre-Kindergarten Program Study Report with caution.

Two options for implementing the program were presented – a public school model and a mixed delivery model that allows pre-kindergarten providers including community-based organizations, the Department of Human Services and public and private schools. The study estimates that in the first year the public school model will cost $29.7 million (for 1,051 students at $28,000 per child), and the mixed model will cost at $23.8 million (for $22,600 per child).

The CPS model would enroll all Cambridge children who turn age 4 by Sept. 1, eliminate combined junior kindergarten/kindergarten classrooms, and require new curricula, staff changes and a retooling of indoor and outdoor space to accommodate young students.

In the mixed-use model, the district would add classrooms and make similar adjustments, but on a smaller scale.

Currently a child must be 4 years and five months old by Sept. 1 – or 4 years old by March 1 – to enroll in the district’s junior kindergarten, which makes roughly half of Cambridge children eligible to enroll. Cambridge also offers subsidies, based on income, to families for other programs.

The number of 4-year-olds in Cambridge is 913, but is projected to rise as high as 1,052 in the next decade, said district chief financial officer Claire Spinner, and 90 percent are enrolled in a preschool program.

Several city councillors noted that demographics are changing rapidly and will accelerate if the Envision Cambridge citywide master plan moves forward. The majority of schools are in East Cambridge, with few in North or West Cambridge, but the number of young families is growing in these areas – making for heavy cross-town traffic at drop-off and pickup times, vice mayor Jan Devereux said.

The Alewife area is emerging as a locus of new housing and should have a school, while an opportunity for a school has already been lost in the Cambridge Crossing neighborhood, councillor Dennis Carlone said.

“If we have $25 million, is this the best way to spend it?” councillor Craig Kelley asked. “Forty percent of the students won’t be here in third grade. Does this give us what we want?”

But when looking at spending, School Committee member Emily Dexter urged officials to keep in mind that budget numbers can be misleading: The district model appears to add $30 million to the budget, but a portion of that money is already being spent on students that qualify for junior kindergarten and for subsidizing other, existing programs.

Officials had some home-grown ideas when it came to finding specialized teaching staff.

Councillor E. Denise Simmons, who attended via phone, suggested that the Education and Care program through the high school’s Rindge School of Technical Arts could be expanded.

The study provides the initial framework, with plans for meetings with parents and caregivers, school staff, child care providers and the greater community.

There are interim proposals to expand the opportunities for pre-K, including Head Start, and for increased financial assistance.

“People hear that it’s a five-year plan, and their kid doesn’t have five years [in the system],” Mayor Marc McGovern said. “In the interim, we could offer financial assistance, more vouchers or expand income eligibility for those vouchers to help families in the gap.”

The push for universal Pre-K crystallized in September 2013, when the council and School Committee held a roundtable that focused on education services for 4-year-olds in Cambridge.

The report was commissioned in September 2015 at a cost of $100,000, split evenly between the School Committee and City Manager’s Office. The report was produced by Early Childhood Associates in partnership with the University of Massachusetts’ Donahue Institute to examine the optimal universal pre-K design for 4-year-olds, the framework required for a successful implementation and projections for student enrollment from 2020 through 2030.