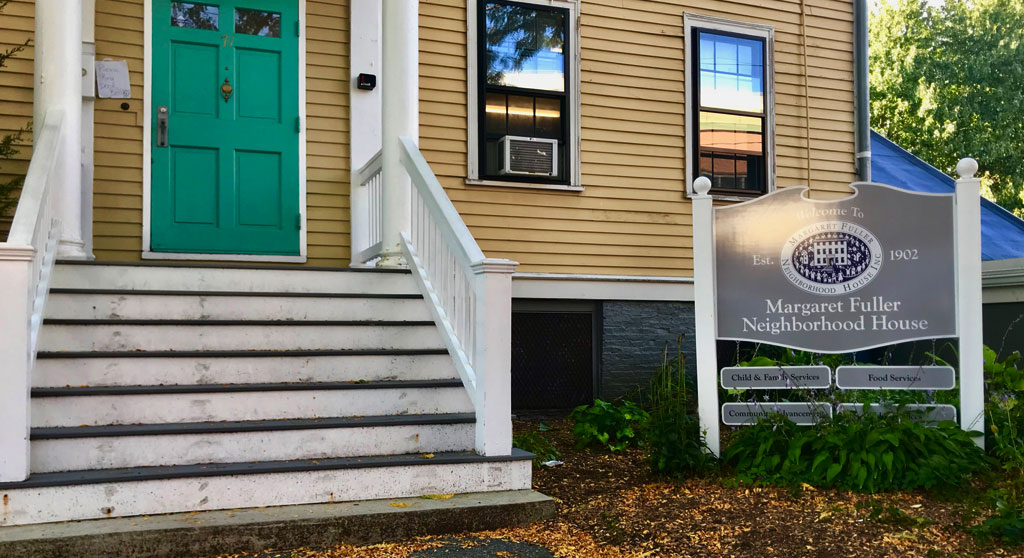 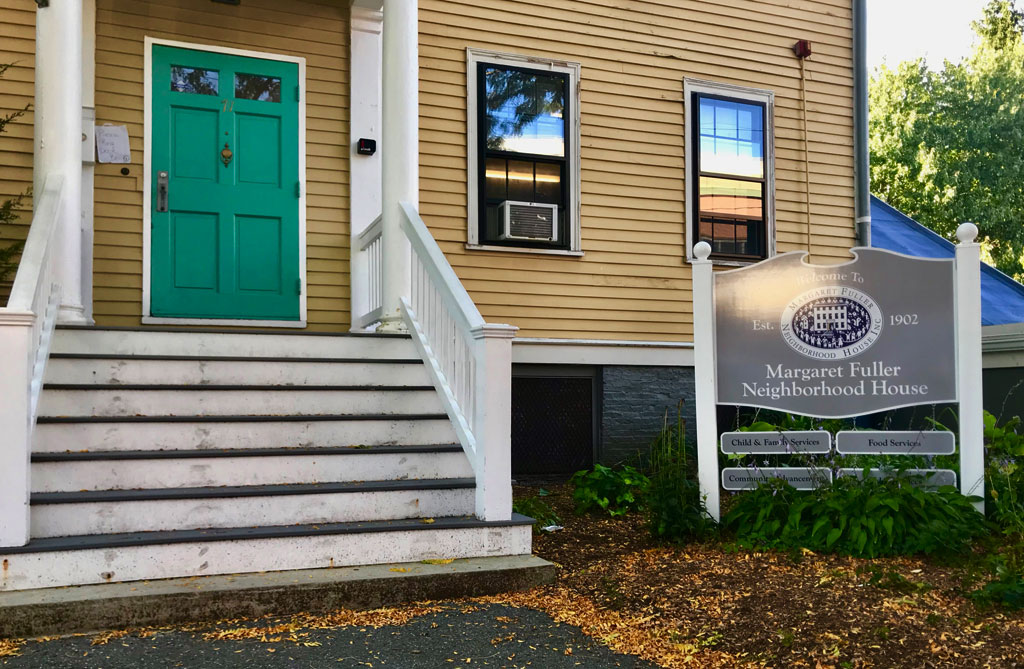 A Margaret Fuller Neighborhood House revitalization strategy is on the agenda for the Redevelopment Authority this week. (Photo: Marc Levy)

City Council, 5:30 p.m. Monday. After a couple of relatively quiet, quick agendas, this likely final meeting of the year (and the last for vice mayor Jan Devereux and councillor Craig Kelley) has a fair amount going on. While councillors act on discussion from the previous week and move to bump up developer “linkage” fees to $19.10 per square foot, as well as opposing the use of mobile fueling apps within the city, the city manager has even more brewing: a $250,000 to maintain extended hours at the O’Connell Branch Library; a $1 million request for work on Elm Street between Hampshire Street and the Somerville line; plans designed to mitigate the impact of the closing of Windsor House on seniors; and a report on the city’s threat level from hate crimes – unfortunately, a year behind: There were 16 hate crime incidents reported last year, a 78 percent increase over the nine reported in 2017 but only 23 percent above the 10-year average of 13.

Public meeting, 4 to 5 p.m. Tuesday. The family that owns 50 Bishop Allen Drive plans to present a proposal for a multifamily development – the first public meeting before a presentation at the Planning Board.

The meeting will be held at 580 Massachusetts Ave., Central Square (the former Harvest Coop).

School Committee, 6 p.m. Tuesday. We’ll see how this final meeting of the year and the tenures of members Emily Dexter, Kathleen Kelly, Laurance Kimbrough and Patty Nolan goes, since Dexter opted out on Sunday of the third term she won handily in November. Otherwise, there’s a Dexter motion about elementary school suspensions and some other unfinished business that might get a look. Though with four to five new members due along in the new year (even Mayor Marc McGovern might not return), there might also be some feeling to defer. Televised.

Planning Board, 6:30 p.m. Tuesday. The proposal to rezone 26 acres for mixed use in Alewife’s industrial “quadrangle” is back, presumably more baked (chair Catherine Preston Connolly referred to it as “not even half-baked” in October), since it paves the way – finally – for a bridge or two over the train tracks that divide the area. Televised.

Ono! Another poke place comes to Porter, and more

License Commission, 3 p.m. Wednesday. Along with rehearings for transferring the Patty Chen’s Dumpling Room alcohol license to a boutique hotel opening next year in Lafayette Square and an alcohol license for the Bluestone Lane that kicked out Crema Cafe in Harvard Square, the commission will hear the case for a 12-seater poke eatery (the Ono Poke Bar) coming to 1923 Massachusetts Ave., Porter Square, under the Yume Wo Katare ramen joint – while the Yoki Express gets serving across the square in the old Bruegger’s Bagels location. And as it’s the end of the year and license renewal time, Wrapro Falafel & Grill and a few other businesses are making their closings official (including Bailey & Sage in Kendall, the Qdoba in Harvard and Zambrero in Harvard).

Cambridge Redevelopment Authority, 5:30 p.m. Wednesday. The authority has identified its partners for a Margaret Fuller Neighborhood House revitalization strategy and a designer for its revamp of the “nonprofit row” building on Bishop Allen Drive near Central Square. It’s also setting its 2020 budget.

Neighborhood & Long Term Planning, Public Facilities, Arts & Celebration Committee, 5:30 to 7:30 p.m. Thursday. This committee run by city councillors Quinton Zondervan and Dennis Carlone will discuss ways to ensure that the Cambridge Carnival takes place in 2020 and beyond after its cancellation on short notice for safety concerns this year. “We know that many of the artists spend all year preparing, so it is important to begin this conversation now,” Zondervan said. Televised.

Discussion of building an inclusive playground

Public meeting, 6:30 to 8 p.m. City staff, along with the design firm of Weston & Sampson and a focus group of parents and educators, will present initial site analysis findings and preliminary design thoughts for accessible play for children of all abilities, along with passive areas for resident of all ages. The playground will be built on empty city space at Danehy Park, next to Field Street.

The meeting is set to take place at the Russell Youth Center, 680 Huron Ave., Strawberry Hill.