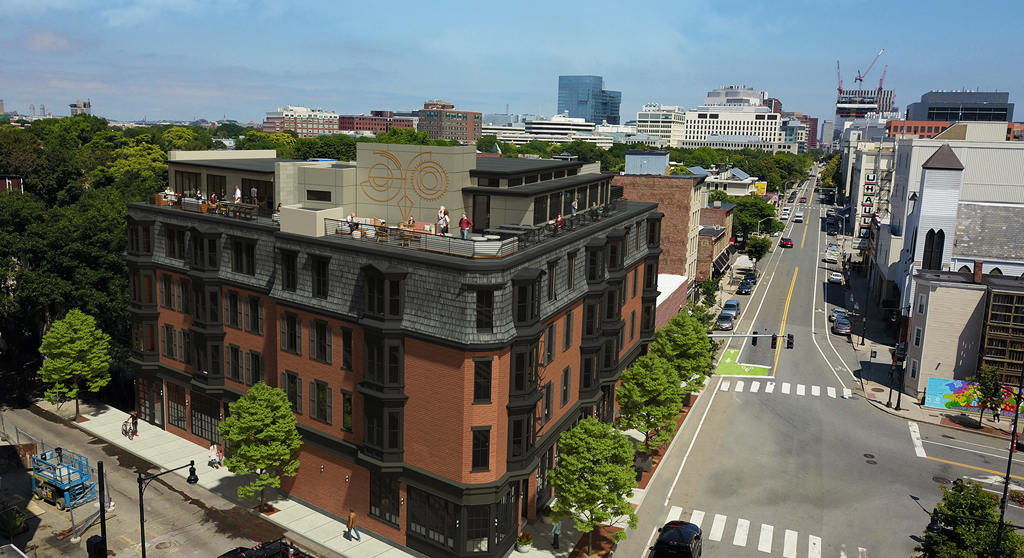 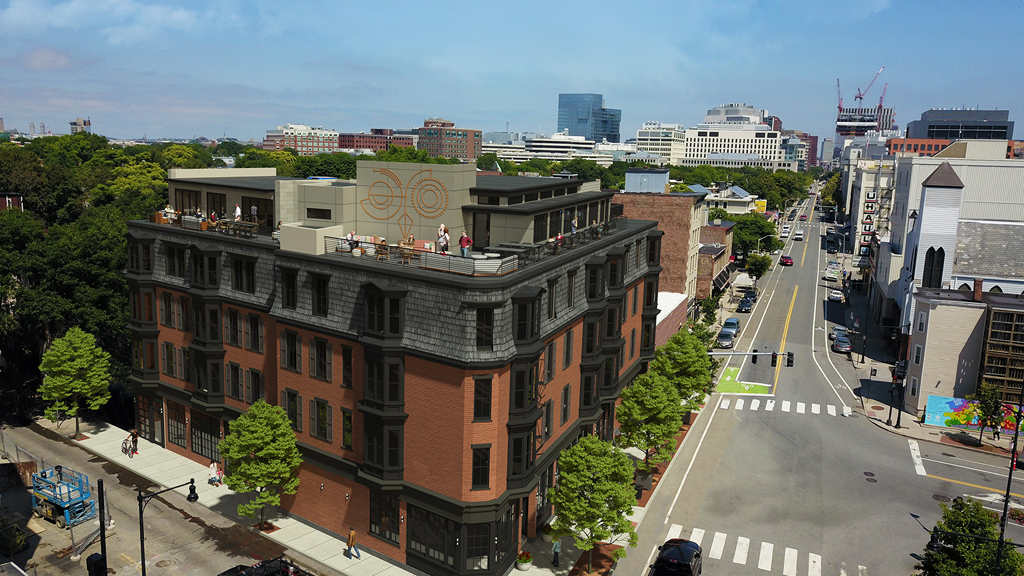 A rendering shows 907 Main as it is expected to look when construction ends in the spring, with a private penthouse and rooftop Blue Owl restaurant and bar. (Image: Gensler)

The boutique hotel coming to Lafayette Square called 907 Main will feature restaurants called The Dial and The Blue Owl as well as a French bakery called Praliné and the return of a Toscanini’s ice cream location, the builders said Monday.

Once due to open this spring, it can now be expected in the first quarter of 2020, they said.

The five-story, 67-room, 28,000-square-foot boutique luxury hotel will open at Main and Columbia streets near Central Square, developed by Sean Casey and Hay Creek Hotels, of Exeter, New Hampshire, with design by Gensler, a Boston-based firm, and Cambridge architect Boyes-Watson. The building is within the Central Square District of the National Register of Historic Places, and the Cambridge Historical Commission worked with the developers on design, according to a Nauset Construction press release.

The design was “inspired by Margaret Fuller and the Transcendentalists movement,” Nauset said. 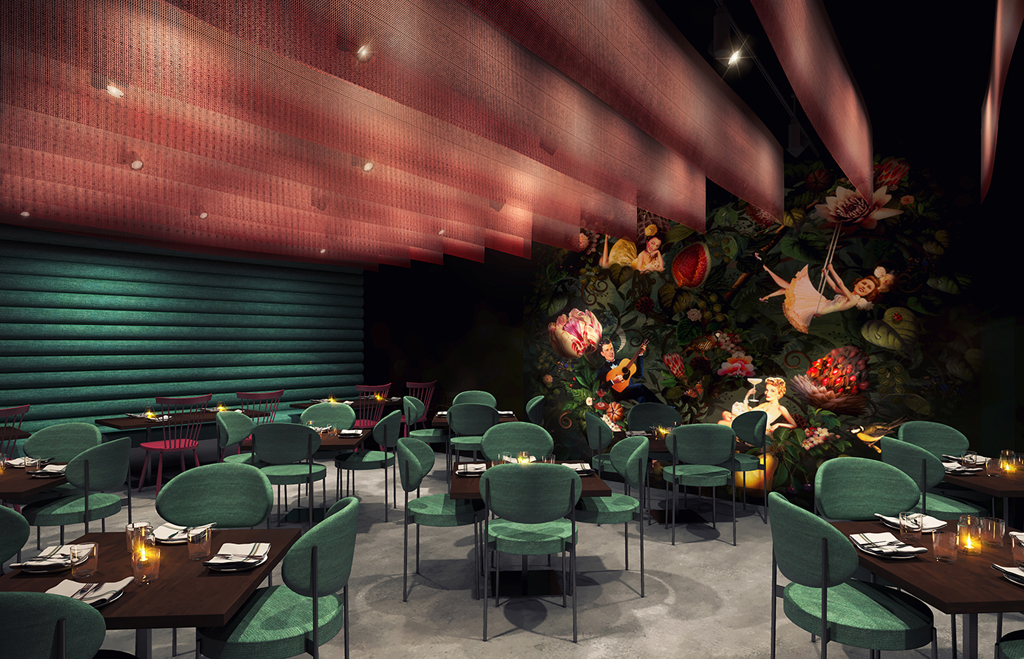 The Dial restaurant and bar – which will have an enclosed courtyard at street level – as envisioned by Hay Creek Hotels and the designer Gensler. (Image: Gensler)

Hotel rooms will showcase the original brick walls and bay windows, and the renovation restores some of the original concrete and masonry building façade. (“We wanted to develop something that will preserve the look and history of this area,” said Tim Johnson, of Sean Casey.) Nauset is also building a connecting four-story addition – the fifth story – to house a two-bedroom penthouse suite and The Blue Owl rooftop restaurant, bar and terrace; The Dial restaurant and bar will have an enclosed courtyard at street level; and Praliné will be in a Columbia Street retail location, selling Mariage Frères teas and baked goods such as macarons, chocolates and croissants.

Tosci’s moved its kitchen to East Cambridge but will serve again at the Main Street outpost, while Cinderella’s Bar and Restaurant relocated permanently to Inman Square. Patty Chen’s Dumpling Room closed and was reported to be returning to a 907 Main retail space, but co-owner Marc Shulman said Monday that was “not likely.”

“It took two years to fix the building, so Chef Patty and I went into semi-retirement” Shulman said, referring to the evolution of  Patty Chen’s Dumpling Room into catering and offering dumpling-making classes.

The 907 Main St. building went up in 1871 with office and homes, and was renovated in 1928 into 12 apartment units with first-floor retail space, which is how it stood for decades. The property was bought in 2008 by the current owners, including Patrick Barrett, who has been the public face of the project and will be manager of record for the purposes of licensing – including entertainment that can everything from dancing to comedy, wrestling, an “acrobatic show” and beauty contests.

Work on 907 Main began in October 2017 and is due for completion in the spring, developers said.