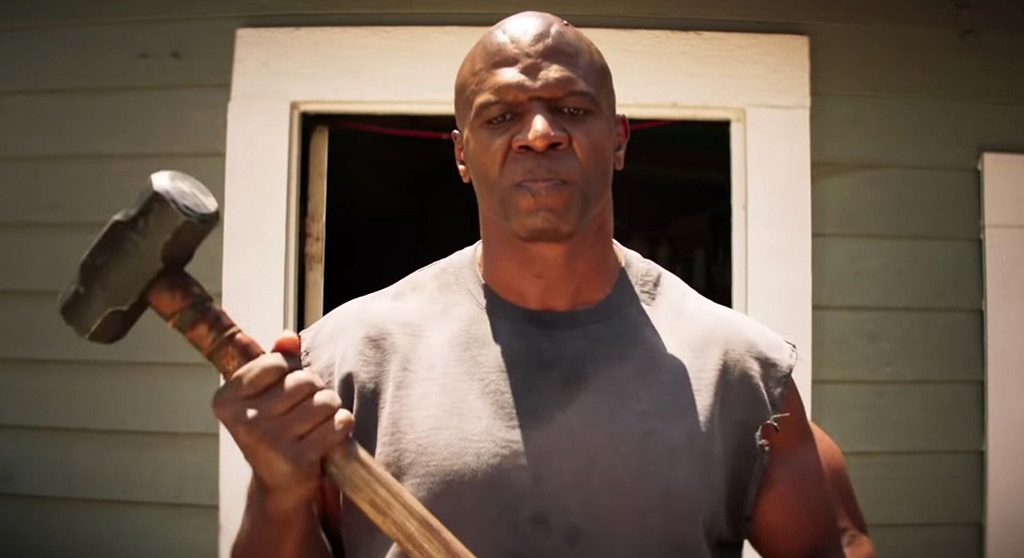 A small-budget thriller with plenty of grit and swagger, “John Henry” tosses tropes and lore into the blender with mixed results. Think “Billy Jack” (1971) or “Walking Tall” (1973) and you’d be in the neighborhood. For those who don’t know the American legend of John Henry (steeped in fact), the “steel-driving man” was a freed slave who took up work on a railroad. Henry was so physically gifted and effusive in his work, the folktale has it, that he raced a steam-driven boring machine to see who could get through the mountain quicker. The man won, but died shortly after. Here that myth gets a modern-day spin of sorts with football player-turned-character actor Terry Crews (“Idiocracy,” “Deadpool 2”) in the title role. His John has escaped gang life and tries to live quietly in L.A. Not an easy task, and because of his violent past, he abhors guns and keeps by his side (guesses anyone?) a sledgehammer for good measure. 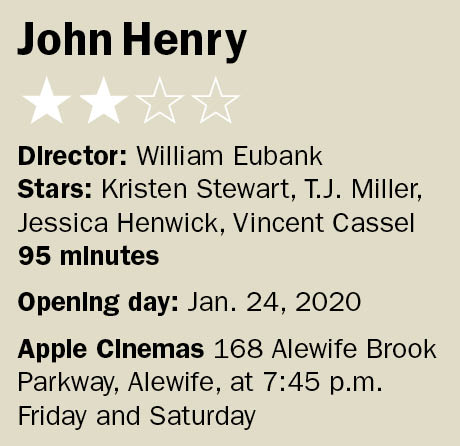 John’s old life rages outside his front door. First, a gold-toothed gang banger runs over John’s dog – then threatens to shoot him because the dog gets blood all over his Escalade. Next, a den of gangsters who all don white jumpsuits (they’re Devo ridiculous, and there’s no perceivable purpose other than to make them easier to pick off) gets wiped out. Those behind it are two illegal immigrants there to free their Latina kindred, enslaved ostensibly for sex trade. One of the girls (Jamila Velazquez) ends up hiding under John Henry’s house and is later granted sanctuary. John can’t speak a lick of Spanish, but his loquacious, wheelchair-bound father (scene stealer Ken Foree) can, providing the communication bridge and the film with a meted current of comedy (Grady from “Sanford and Son” would not be a stretch). “Berta” is later joined by her brother Emilio (Joseph Julian Soria), one of the two behind the trigger in that shoot-up. “How many did you kill?” John asks. The answer is seven, and that’s the number Hell (Chris “Ludacris” Bridges) will require to even the score. You know where this is going, sledgehammer and all.

The film, written and directed by first-timer Will Forbes, is notable for its social scope and ambition, but ultimately sags as it tries to do too much with the simple setup. The heat of the moment gets put on pause for ad nauseam backstory, and scenes of violent confrontation are drawn out so clumsily, Sergio Leone style, that hack trumps homage. That said, the infusion of rap and R&B bolsters the atmosphere greatly, and it’s nice to see Crews spread his wings role-wise. From the film, however, it’s hard to gauge his leading man potential. He’s big and imposing with the massive mallet in his mitts, sure, but then there’s Ludacris’s Hell sporting a cyborg-esque gold plated grille on the side of his face. He looks like he dropped out of lo-fi 1990s sci-fi thriller, and the effect is overwhelming. Rumor has it Netflix is queuing up a project with Dwayne “the Rock” Johnson as John Henry. More to come.