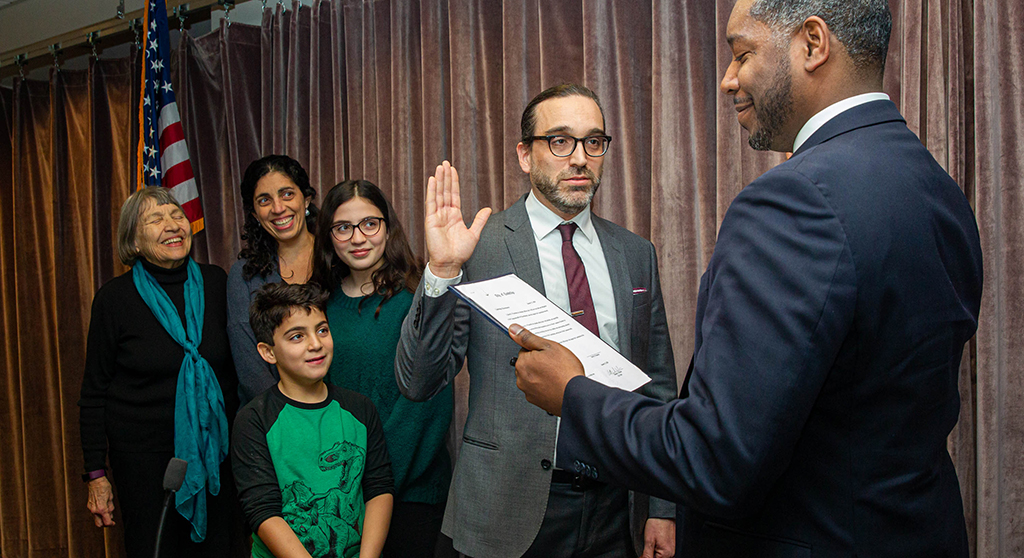 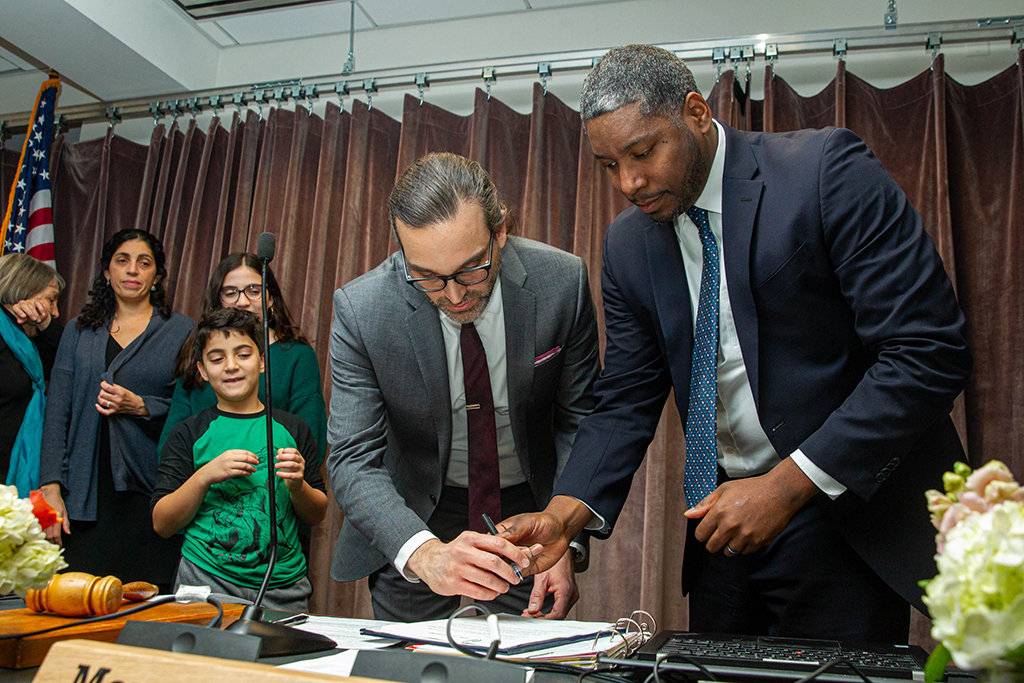 Weinstein was elected when the Election Commission performed a vacancy recount Jan. 17 after Emily Dexter, who was reelected in November, decided last month against a third term and did not take the oath of office.

“We are interdependent – none of the children in [Cambridge Public Schools] reach their full potential until every child has the opportunity and the support they need to achieve their individual potential to the fullest. I’m grateful for this opportunity to serve along side my new colleagues as a School Committee member in service of this goal, and to share my perspective as a former classroom teacher, as a former Cambridge parent and as a scholar of education policy,” David Weinstein said at the Jan. 21 meeting, “And now I’m ready to get to work.”

Among his first actions: joining in unanimous support for the Building Equity Bridges initiative’s commitments to support racial equity in the school district.

Building Equity Bridges is a partnership between the district and the Cambridge Education Association. It was honed in discussions between Superintendent Kenneth Salim and association president Daniel Monahan and funded with $470,000 in Nellie Mae Education Foundation grants, though the district “has also allocated additional funding … over the last two fiscal years, and manages the project budget, including disbursing grant funds,” an administration representative said.

The motion says the committee “will prioritize racial equity and anti-racist work” and take “decisive action” in responding to the 12 areas outlined by the Building Equity Bridges initiative; that the committee will partner with the community to “recommend policies that strengthen our district’s racial equity and anti-racist work”; and that a committee retreat with district administrators and the group’s leadership team will be held by the end of March.

Public comment was opened by Monahan, who encouraged members to approve the motion and noted that his own association’s board voted unanimously in support.

More encouragement came from Daniel Coplon-Newfield, head of the Vassal Lane Upper School, speaking on behalf of principals at the upper schools and the high school. The district “prioritizes consequences over conversation and punishment over repair,” Coplon-Newfield said, urging that as systems and protocols are developed, they be implemented throughout the system.

“I am hopeful that this motion is a start for us to rethink how the district holds its young people, its families and its educators … if we’re really going to move toward equity, we need to shift power and resources toward the people who have been most harmed,” said Daniel Michaud Weinstock, parent of a Cambridge Street Upper School student and former Cambridge public school teacher and administrator, adding that implementation may require a significant infusion of resources, and asking the School Committee to hold the administration accountable in its efforts to change the community’s culture.

“There has been a lot of cynicism … about previous effort by Cambridge to address inequity and race-based inequity,” said Mercedes Soto, parent of a Graham & Parks School student and a Building Equity Bridges participant. “This one is different because there is a focus on centering student voices, families, teachers and administrators working together. Unless we are actively working together to dismantle systems of oppression based on race, we are passively replicating these systems.”

Ken Reeves, president of the Cambridge branch of the NAACP and a former city councillor and mayor, said high school faculty had approached him with school climate concerns.

“I’m hearing [things] I’ve never heard before,” said Reeves, adding that students who express honest thoughts are then told they’re the problems, while some behavior – inappropriate in any context – is tolerated. “The NAACP is over 100 years old, always a multicultural organization and we know something about equity and justice, and we want to be part of the solution here in Cambridge. We have a tremendous challenge. Let’s be equal to it.”

A summary of priorities for the school year’s district plan by Salim also emphasized race and equity as prominent in the vision of rigorous, joyful and culturally responsive learning, with personalized support, to help students achieve emotionally and academically.

Salim reviewed the five strategic initiatives in the district plan and noted the district’s equity definition adopted in August 2018, highlighting the distinction between equity versus racial equity. The district is looking to shift resources to students that need more support so that “every child feels a sense of belonging, a sense of challenge and a sense of success.”

He then prioritized four of the nine barriers to Equity identified in 2018-2020 School Improvement Plan: culturally responsive instruction to all students, fostering trust and relationships, racial equity and aligning district wide systems and processes.

The administration is changing how the administration and School Committee engage with the community, said Salim, using the budget process as an example. He said that moving to roundtable discussion instead of public comment, and scheduling meeting times, may encourage more people to participate in the discussion as the district plan evolves.

Salim said other projects underway include the human resources department working with student representatives and the teachers’ union to develop student/teacher incident reporting procedures and an anti-racist initiative the focuses on staff training, including how staff can build relationships with people of different backgrounds.

A newsletter with updated information will be distributed at the end of January, Salim said.