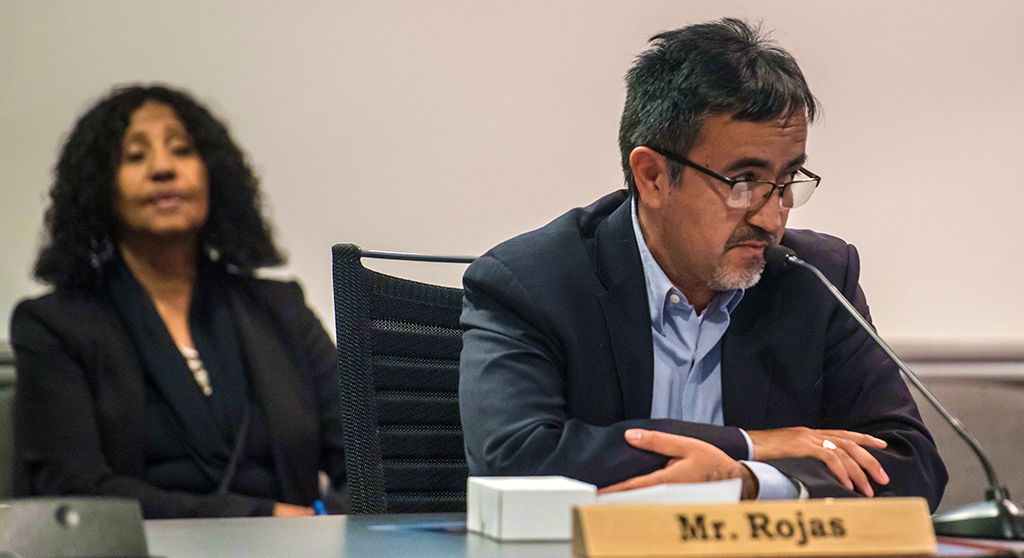 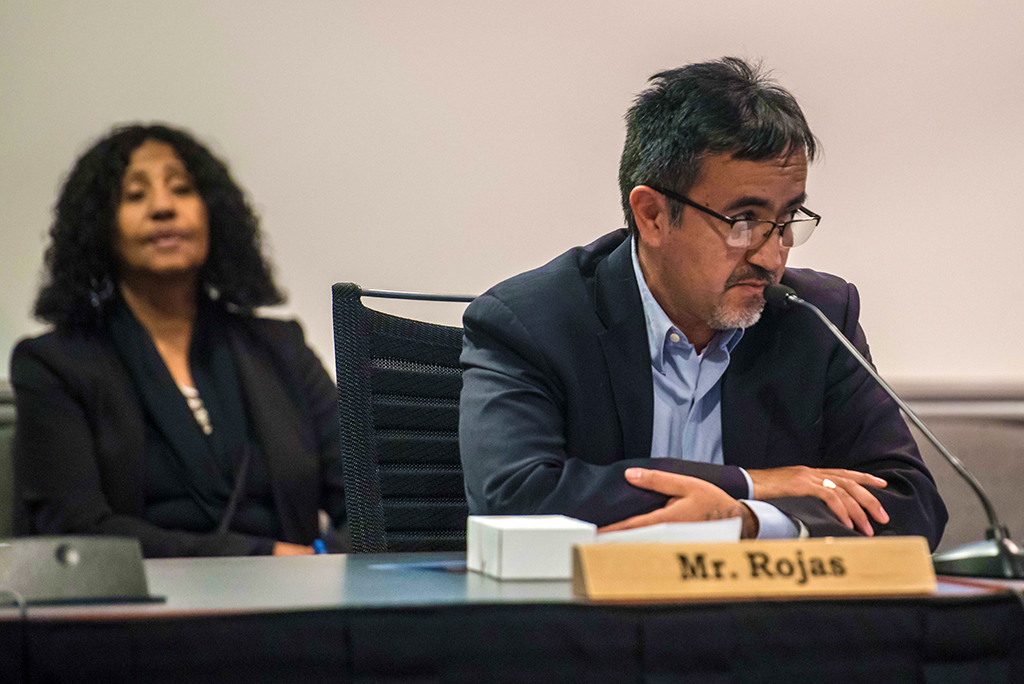 School Committee member José Luis Rojas Villarreal, who got a minimal response to a question last week about hiring outside counsel for the school district. (Photo: Derek Kouyoumjian)

“If this firm is for labor disputes, I must note that I am troubled by the uptick by the number of disputes between the School Committee, administration and the CEA that have needed to be resolved through grievances coming through the School Committee, arbitrations and unfair labor charges. We always do our best to resolve these disputes at the lowest level, yet we’ve been unsuccessful recently. The disputes that we bring to this level are the result of our members being treated unfairly and often reflect deeper issues of trust and patterns of mistreatment,” Monahan said at the Jan.21 meeting.

Monahan asked if the firm is being hired for the upcoming contract negotiations, and stressed that his association wants to negotiate directly with the district, not via a law firm. He noted that the CEA does not retain an attorney during negotiations.

Monahan also noted that there is no dollar amount attached to the motion, with no ballpark or cap on the taxpayer dollars that will pay for the firm’s services. If the firm is hired, the committee must monitor the firm closely, he said.

Fred Fantini, co-chair of the budget committee, started the committee’s deliberations by stating that he would vote for the motion.

“Given the workload of our attorney [it] is important to bring on another attorney to help us with the duty of with collective bargaining,” Fantini said. “I think we have an outstanding relationship with the union, and I don’t see it changing that in any matter our relationship with CEA.”

Manikka Bowman, the other budget co-chair, stressed that she respected Monahan’s comments but considered the move necessary for the school district, and that the School Committee will work closely MP&J to ensure respectful conversations.

Even a fellow committee member had little success in finding answers. José Luis Rojas Villarreal asked superintendent Kenneth Salim to explain the request, namely how the administration would approach using the firm for negotiation, versus giving advice during negotiations.

“The vote in front of the committee is to retain the firm,” Salim said. “How legal services are rendered is part of the work that happens for whatever those services are for … there are different ways in which outside counsel are used to advise school committees in their work in responding to issues of labor and employment.”

Mayor Sumbul Siddiqui concurred with the budget co-chairs and assured Monahan that his comments had been heard. “This is the first part of the recommendation, and we’ll be sure to be transparent with what we’re doing and how we’re working together,” Siddiqui said.

The motion passed with six votes, with new member David Weinstein recusing himself, since he had received a campaign contribution in 2017 from a partner at MP&J.

The committee passed a motion by Bowman to consolidate communications and community relations subcommittees and to dissolve an Ad-hoc Subcommittee on Attendance Violation Policy and a Civic Unity Subcommittee.

Hult University, near the Museum of Science, will provide six scholarships for Cambridge residents, Fantini said.

Ongoing issues involving CPS students and abutters to the high school have been referred to the school climate sub-committee, with the intention to develop a plan by April. An item will be added to the next committee agenda, Bowman said.