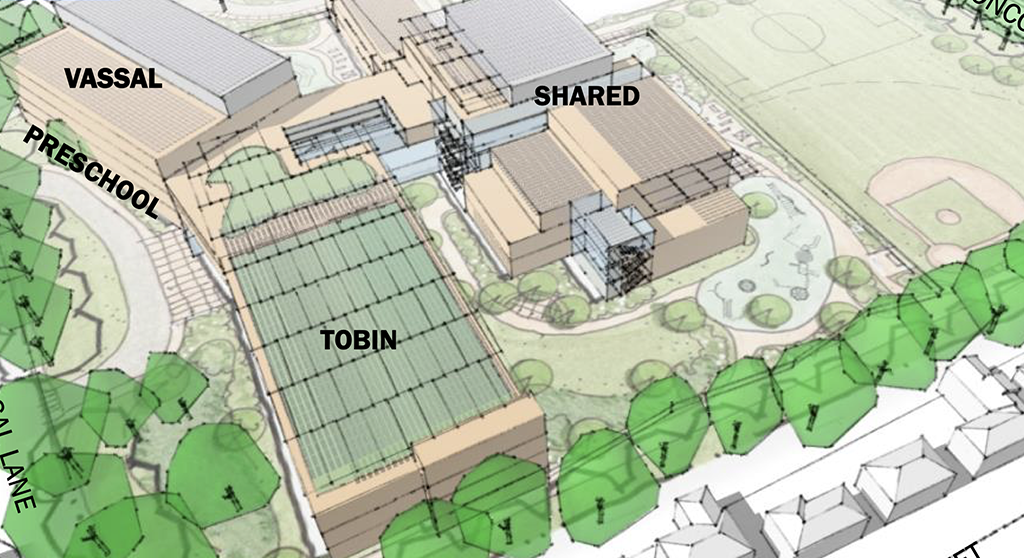 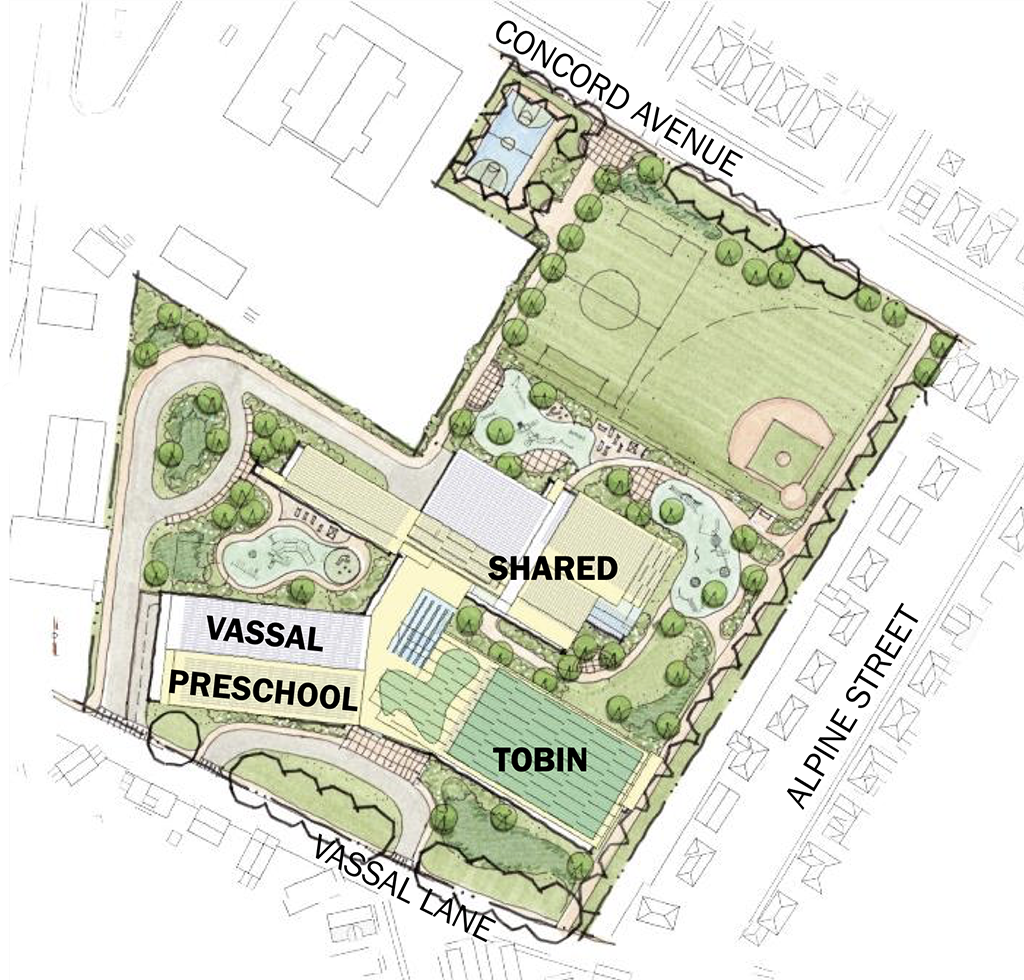 Whether you have school-age children, plan to start a family in the future or care about how a quarter-billion of our local tax dollars will be spent, I hope you are paying close attention to debate over the design of a new Tobin Montessori-Vassal Lane Upper School and Callanan Park. A public meeting at 6:30 p.m. Wednesday may be our last chance to preview and comment on design concepts before the city manager chooses one for a further feasibility study. Please attend if you can, and view the materials on the project webpage.

Pre-construction activities are scheduled to begin this summer, followed by four years of construction, including extensive excavation and remediation of contaminated soil to create underground parking, and installation of a 1.5 million-gallon stormwater tank. Having lived for more than 20 years within about 300 feet of the school and having endured several years of dust, noise and detours during the West Cambridge sewer separation project, I am preparing myself for what’s to come, as are many of my neighbors. We have been following the evolution of the design concepts closely, and the school program and enrollment expansion driving many of the design decisions. Here are our main priorities:

Preserve at least 6 acres of public open space, preferably more. The school sits on 9 acres predominantly zoned as open space (Callanan Park), with the portion closest to Vassal Lane zoned as Residential B. Preserving public open space is not a choice; it is protected by state and local laws, and it is essential to providing adequate recreational space for students and community members. With enrollment in the school potentially growing from about 700 to more than 1,100 students, we must preserve as much of the current 6.6 acres of open space as possible. Callanan Park is well-used year-round outside of school hours, too. One of the most promising of the three conceptual designs presented at the Jan. 16 community meeting (“Option IA, Replacement V2”) maintained 6.3 acres of open space, mostly facing Concord Avenue and arranged to offer separate, side-by-side fields for baseball and soccer; an adjacent basketball court; and playgrounds within sight of the playing fields. This arrangement is workable so long as the feasibility study does not further reduce or chop up the recreational open space. If even a portion of the underused and poorly maintained National Guard Armory site next door to the school could be acquired, we would have much more space to work with.

Distribute the school traffic so it does not all enter and exit off of one-way Vassal Lane. There will be substantial increase in school enrollment – and the resulting and as yet unspecified increase in faculty and staff – along with significantly more students with special needs and preschool-age children. That means many more vehicles coming and going. The circulation plan for them needs to be thought out carefully, and it must not burden the residential streets on only one side of the campus, especially if we want those same streets to remain safe and pleasant for families walking and biking to school. Some of the options presented at the last community meeting put all the car, bus and service traffic on Vassal Lane; this is neither workable nor fair. Acquiring an easement to use one of the Armory’s existing curb cuts for vehicle access could help take some of the pressure off Vassal Lane and the neighboring one-way streets.

Maintain existing setbacks between the school building and the abutting houses on Alpine Street, and protect mature trees lining Vassal Lane. The current setback is 35 feet, and that should be the minimum in any new design. This distance would maintain the current community path between Vassal and Concord Avenue and provide adequate space to plant a buffer of trees between a taller school building and the houses on Alpine. The line of mature trees along Vassal Lane must be protected as well.

Identify other sites for all or some of the new preschool classrooms. No one doubts that preschool is an urgent priority citywide, but the proposal to put eight preschool classrooms on the Tobin site (in addition to the existing Montessori preschool classrooms) may be too ambitious, and it unquestionably complicates the design and access logistics. Urgency alone would tell us we should look for spaces that will be available in less than four years. For example, there are many empty retail spaces on the northwest side of the city that could accommodate preschool classrooms, and several new publicly funded housing developments are planned that could be designed to include a preschool classroom or two. Also, we have seen no data on where the young families who would benefit from these new classrooms actually live – is it within walking distance, or a safe bike ride to the Tobin? If not, will they be stuck in traffic at rush hour coming through the rotaries? Preschool children are not offered school bus service and must be dropped off and picked up at the classroom door. If the preschool portion of the program expansion were relocated, there would be room for more open space and fewer cars.

Cambridge is fortunate to have the financial resources to invest in improving and enhancing its educational and recreational facilities on this grand scale. I am hopeful the four years of construction and $250 million will yield a facility we can all be proud of and enjoy using at any age. This project presents a once-in-a-generation opportunity, so let’s make sure we strike the right balance between meeting the needs of the school district and those of all residents.