Cambridge public libraries are closed for virus though March 29, with overdue fines exempted 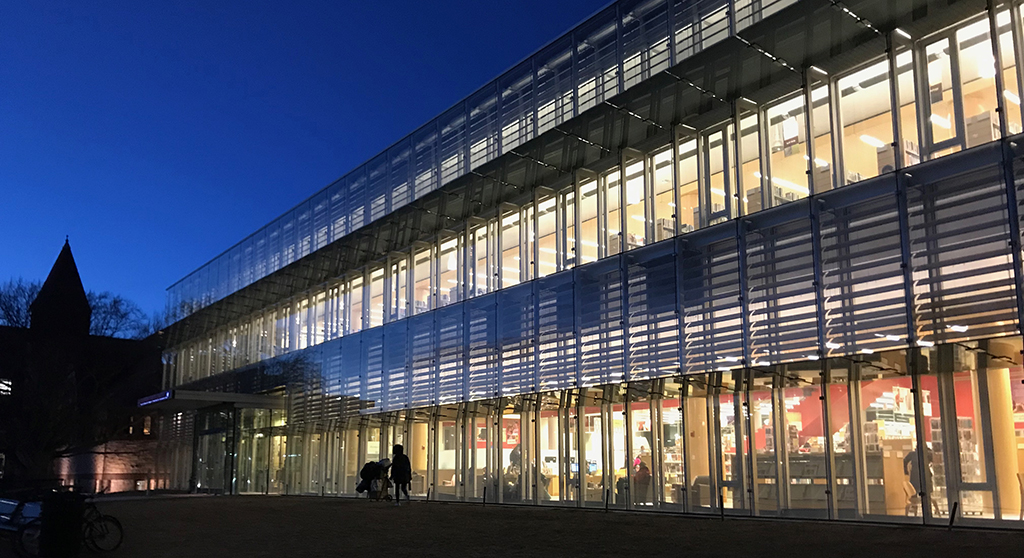 Cambridge public libraries are closed for virus though March 29, with overdue fines exempted

All Cambridge public libraries closed at 6 p.m. Friday and will stay closed through March 29, the City of Cambridge announced in a late Friday email.

Patrons were told to hold onto any library materials they have borrowed; loan periods have been extended to April 15 and overdue fines will not be charged, officials said.

“A decision to close the libraries is not made lightly. We appreciate your understanding during this uncertain and difficult time,” the email said, referring to an outbreak of coronavirus that hit home in Cambridge on Friday with news that three – and potentially four – community members had been identified as either confirmed or presumptively ill with it.

Early in the day, Jimmy Smick, a representative of the Cambridge Public Library Staff Association, had urged a systemwide closing from City Manager Louis A. DePasquale and director of libraries Maria McCauley – or at least a meeting to find ways to be open more safely as patronage continued during shutdowns of school systems and public libraries across the region, including in Somerville, Arlington, Waltham and Newton.

“We are in the midst of a public health emergency. By staying open we put library staff, as well as the thousands of people who come into our doors every single day, at unnecessary risk,” Smick said.

“With the closings … we can expect the volume of patrons to increase over the next few weeks,” Smick warned, while “in our libraries, especially our branches, it is impossible for staff or patrons to maintain a 6-foot social distance. We are putting thousands of people at risk every day.”

The action had the support of city councillor Quinton Zondervan, who added public pools to the list of services that should close immediately. “Let’s heed the advice of health experts and close down the city,” Zondervan said.

News of the closings came after City Hall closed for the weekend.