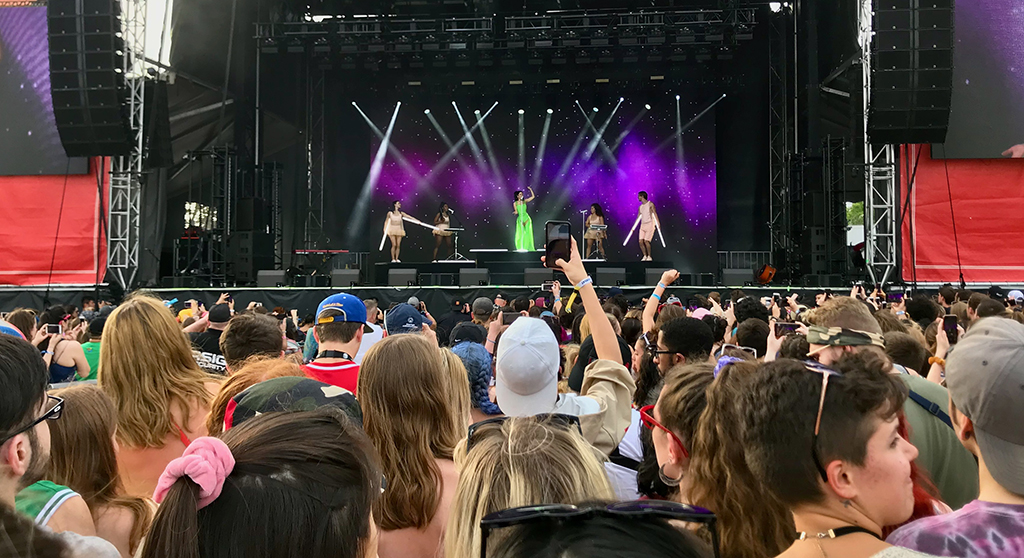 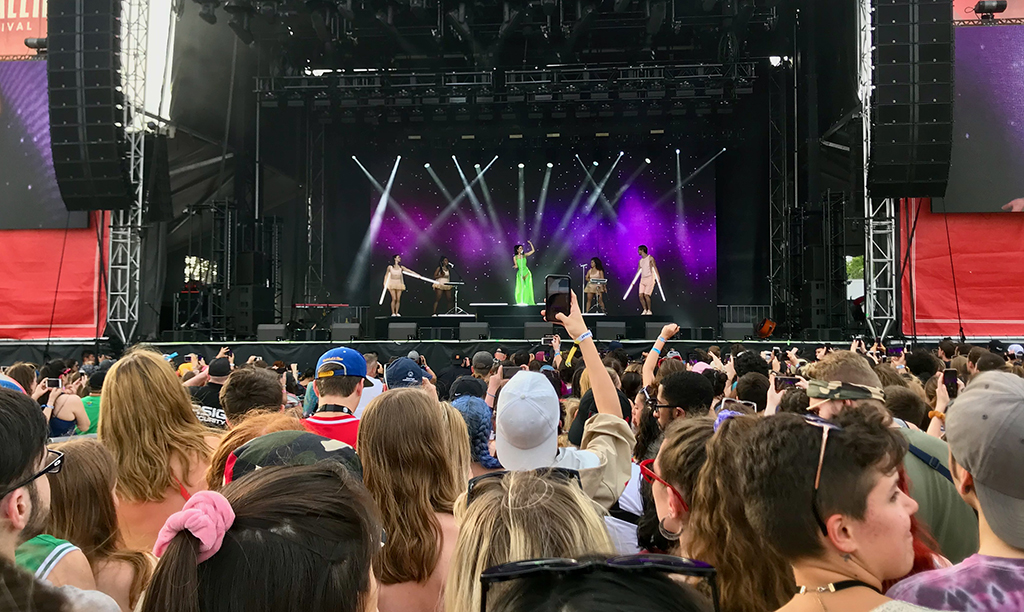 Marina performs at Boston Calling at the Harvard Athletic Complex in Allston on May 26. (Photo: Marc Levy)

The annual Boston Calling music festival, scheduled for May 22-24 across the river from Harvard Square, is canceled for the year by the coronavirus, organizers said in a Tuesday email.

“After several weeks of consultation with local and state authorities, we have made the difficult decision to cancel Boston Calling 2020 due to the ongoing pandemic. We are heartbroken; however, the health and safety of our audience, artists, partners, vendors, first responders and staff are of the utmost importance to us, and we felt that this was the only acceptable way forward,” they said.

The three-day event was to have included the headliners Foo Fighters, Rage Against the Machine and Red Hot Chili Peppers, as well as full days of smaller artists such as Brittany Howard, Run the Jewels and Phoebe Bridgers, as well as a rich lineup of local comedians including Tooky Cavanaugh, Sean Sullivan, Sam Ike, Will Smalley, Al Park, Andrew Mayer, Katie Que, Alingon Mitra and Emily Ruskowski. The food options were to have included local vendors including Whole Heart Provisions, Chicken & Rice Guys and Fomu Ice Cream.

Organizers said they would reach out to ticket holders with options that included either a full refund or rolling tickets over to 2021’s festival, “about which we hope to have exciting news to share soon.”

The Boston Calling music festival had been held yearly at the Harvard Athletic Complex since 2017, though it began as twice-yearly events at Boston’s City Hall Plaza starting in 2013. The relocation allowed for a doubling of crowd size to around 40,000 and an expanded roster of bands and other attractions – to around 45 performances in a logistically troubled inaugural year at the Harvard facility and up to 54 performances afterward.

“Having an additional 25,000 people walk through the square on Friday, Saturday and Sunday – not a bad thing, right?” said Denise Jillson, executive director of the Harvard Square Business Association, after last year’s event. “The retailers and the restaurateurs look forward to it now in the same way that we look forward to the Harvard-Yale game every other year, or even commencement. It can be very big weekend in the square.”