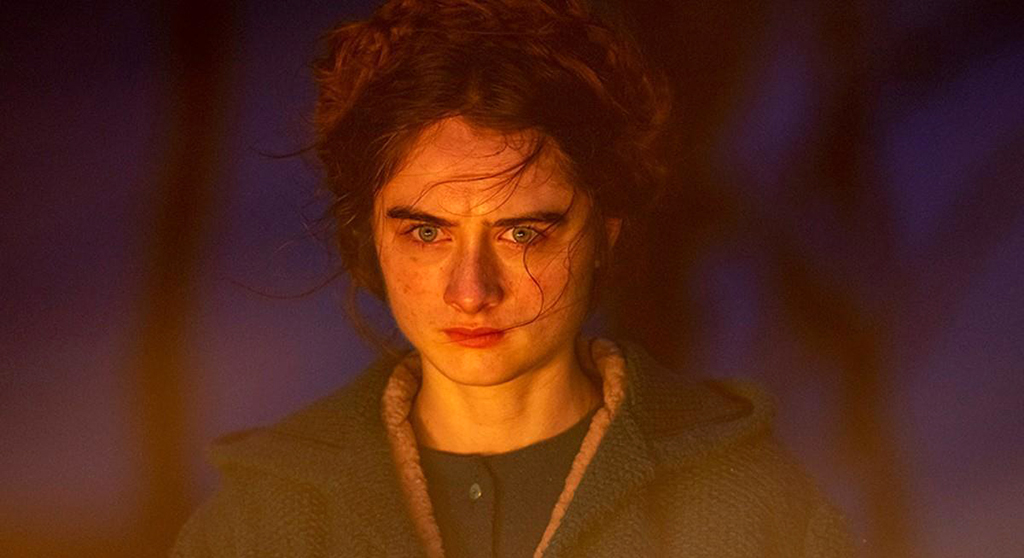 “The Other Lamb” is a twisted tale about a cult in the deep woods, dwelling in yurtlike structures adorned with pagan markings and living off the land, all female but led by a man known simply as the Shepherd (Michiel Huisman). The Shepherd lives well: His “Handmaiden” flock wash him and feed him, and the young women he selects get the can’t-say-no opportunity to “receive his grace.” The Shepherd, bearded and benevolent in countenance, evokes Jesus, but when things don’t go his way he acts like Machiavelli, relying on his divine righteousness and religiously obedient groupthink to ensure he gets what he wants. And then there’s that flock of sheep always nearby, peppered with a few anxious bull rams huffing and snorting with pent-up sexual energy, as if they want in on the fertility rites too.

In texture, the postured “Other Lamb” feels a lot like Robert Eggers’ 2015 Calvinist tale of the occult, “The Witch,” but at one point early on we get an incursion from the outside world and learn that we’re not toiling in a primitive, pre-electricity era. The main focus of the film is a young woman by the name of Selah (Raffey Cassidy, so good as Natalie Portman’s daughter in “Vox Lux” and a simmering realization here as well) whose mother had been a member of the cult and perished recently amid curious circumstance. Budding on the cusp of sexual availability, she’s eyed continually by the Shepherd, but Selah’s interested in learning what happened and stepping outside the confines of the cult. It’s such coming-of-age anxiety that gives the film a simmering tension beyond the raw sexual energy that’s heaped out there from frame one with “Wicker Man”-esque dankness.

Things meander as the group is forced to find a new Eden. The odyssey builds the character of Selah, and reveals other things at play beyond the Shepherd’s mercurial nature and the ever-present, heavy-breathing rams. Take the cult’s social order, which has the older women (Selah’s mom was one) referred to as “broken things” or “cursed wives,” both mentors and outcasts. And even though there’s the pronounced tang of Puritanism, the scene of the Shepherd baptizing young women in scanty albs would likely set the testosterone tinder of spring break bros afire once the anointed in their little-left-to-the-imagination garb are raised from the watery depths for air. It’s a weird, haunting modulation between austere religious regimentation, the Shepherd’s enigmatic id and the women’s individual freedoms offset and undercut by the power of group coercion.

The film’s big win, besides Cassidy, is the gorgeous cinematography by Michal Englert (“The Congress”) rendering the vast Irish highlands as both foreboding and liberating. Overall, Polish director Malgorzata Szumowska delivers a confident and poised composition, crafting a spectacle of a man justifying entitlement by claims of divine right, even if feels done before.

Available on iTunes, Amazon and other platforms where movies can be rented individually for streaming and on demand.