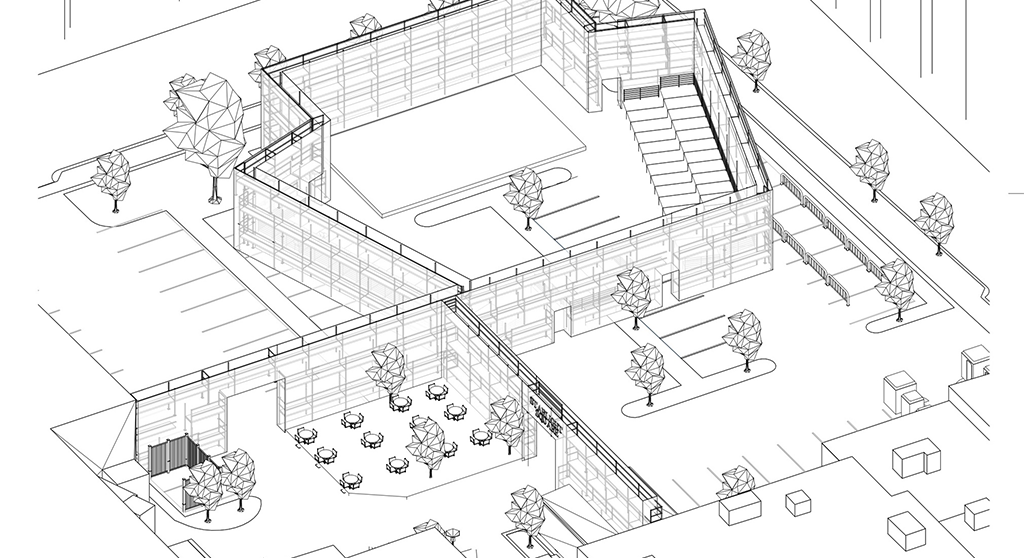 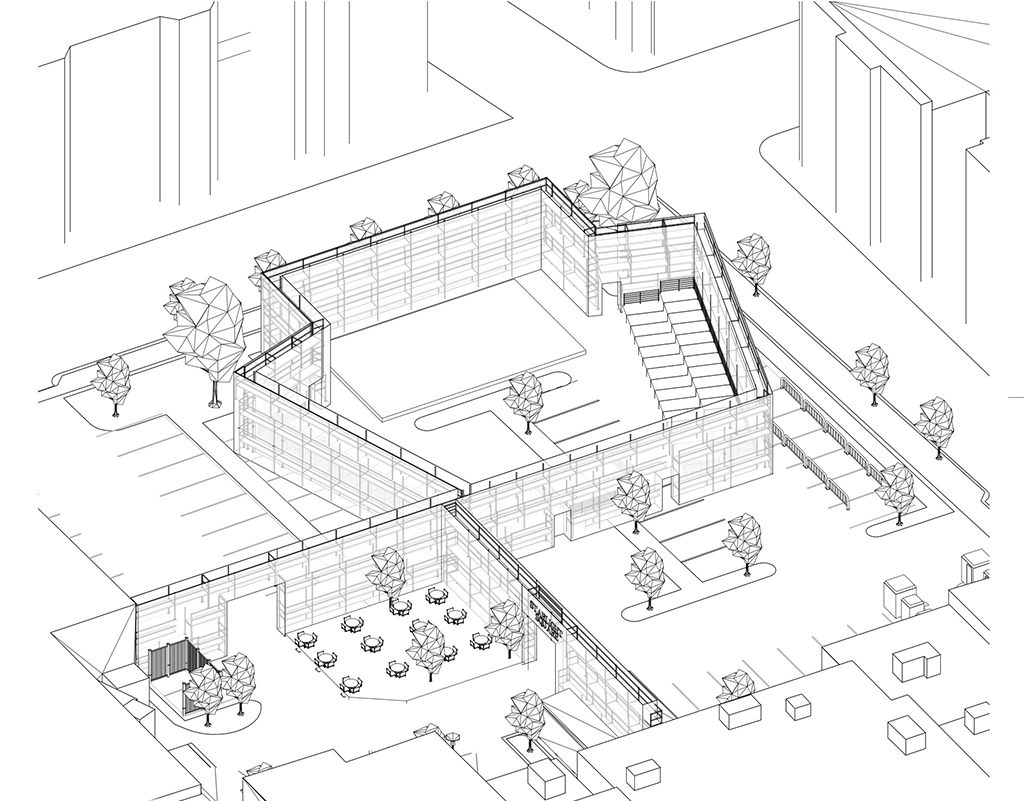 A theater is prominent in an architectural plan for Starlight Square, which is supposed to replace Central Square’s Municipal Parking Lot 5 for three months starting in August.

A parking lot in Central Square is about to be turned into a center for live performances and the arts, dining, community services and education, intended to last from the end of July through October under the name Starlight Square.

The centerpiece of Starlight Square is an urban amphitheater with socially distanced seating where institutions such as the Central Square Theater, Dance Complex and ImprovBoston comedy club can hold shows that coronavirus made impossible within their own confined spaces. Leaders of the Central Square Business Improvement District posted a video and explanation of the plan this week on the fundraising platform Patronicity, which is now taking donations.

The BID plans to bring together $250,000 to make Starlight Square a reality. “There is a strong path for us achieving this,” said Michael Monestime, executive director of the district, both through foundation funding “and others that have already started to reveal themselves, we have a high degree of confidence we will be able to build it. And when we build it, they will come.” 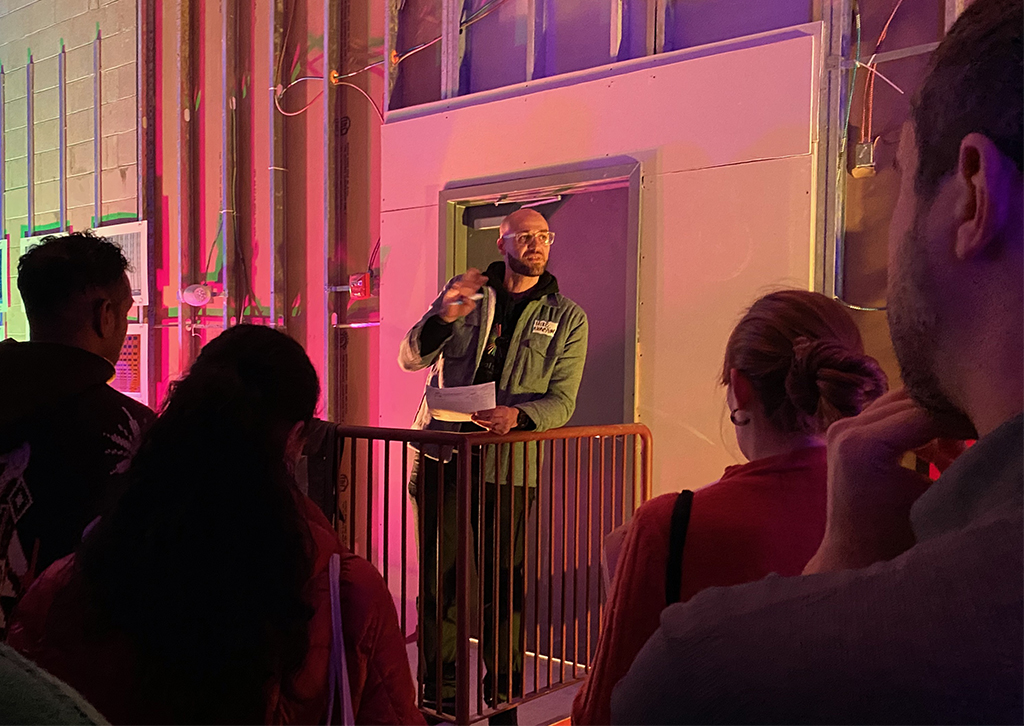 The plan has a powerful backer in vice mayor Alanna Mallon, who has been championing an arts sector in crisis since election to the City Council in 2017. Mallon said Monday that she sees the plan as not just a way to support city arts organizations, but to provide entertainment and access to arts for residents who have largely been stuck inside for months and “desperately need some of that entertainment.”

That’s why, while the Business Improvement District was looking to underwrite tickets for Starlight Square performances for community members without the means to pay, Mallon said the plan is for the city to cover the cost of any Cambridge resident attending a show there. 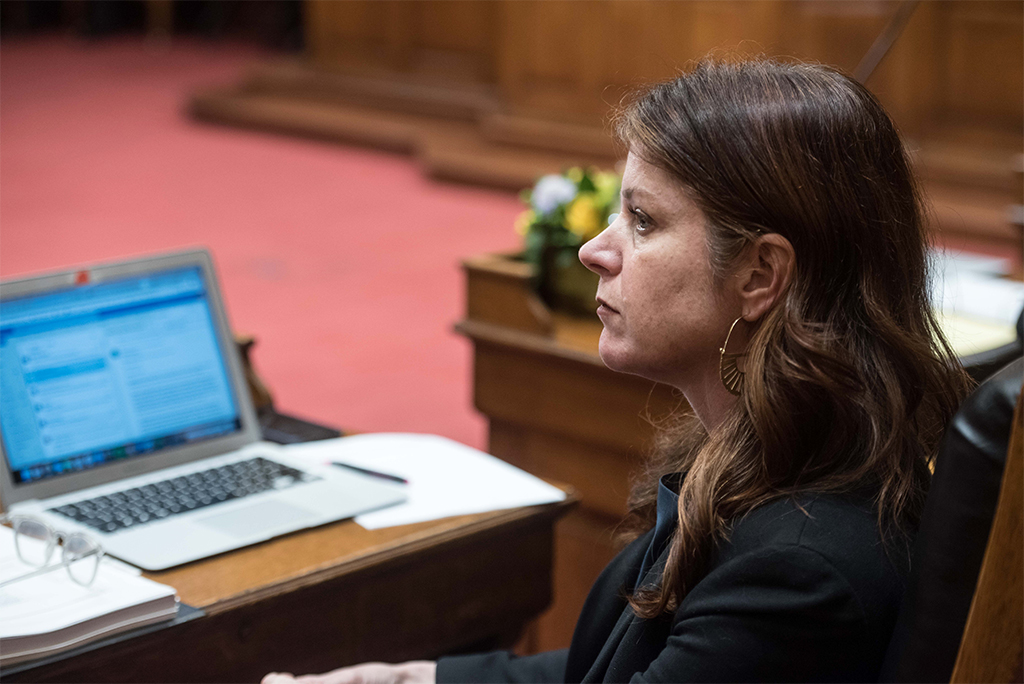 Although city funding for the Central Square Business Improvement District in the summer and fall is expected to be $250,000, the money is to be used more widely than for just Starlight Square, Mallon said. The BID will still need to fundraise.

The Starlight Square concept was actually presented to the city in March, having nothing to do with coronavirus, said Nina Berg, creative director for the Business Improvement District. Now, the survival of the square’s key arts institutions could depend on it, and city departments seem to have responded with that in mind since a revised plan was presented last month – eased somewhat by the fact that parking demand is down.

“To have a fighting chance to even have a cultural district when we return out of Covid, we came up with a bigger scheme, a bigger campaign that meets the crisis,” Monestime said. “This is going to center our cultural organizations and give them a fighting chance to weather the next few months as we hopefully continue to turn corners in this epidemic and they then begin to reopen their establishments.”

Architectural plans show a dining area where people could eat food served by Central Kitchen’s Gary Strack, or carried over from eateries such as Clover or Mad Monkfish, which are getting their own outdoor dining area on Massachusetts Avenue. “We could grab a chair, eat a meal and peruse the art on Starlight’s walls,” Monestime said.

There’s also a large section designated for youth programming. In addition to the arts institutions, partners in Starlight Square include St. Paul AME Church, the Community Art Center, Cambridge Community Center, Tutoring Plus and Margaret Fuller Neighborhood House. “This space is not going to be something for everyone,” Monestime said. But the community centers don’t have enough outside space to serve the kids struggling after a semester of virtual classes, and “the first thing we need to do is ensure that there’s some level of summer learning.”

The once and future theater

The square is intended to be richly programmed seven days a week for 120 days starting in August for cultural programming, dining, commerce, worship and education, with breaks for cleanings, Monestime said. But the arts uses stand out in importance, as Monestime realized that the various grants, loans and other aid programs being offered piecemeal to the nonprofits would very likely fall short.

That’s why Catherine Carr Kelly of the Central Square Theater, Peter DiMuro of the Dance Complex and Kristie LaSalle of ImprovBoston have been part of a group meeting over the past six weeks to design a theater space that lives up to the quality needed for shows that make an argument not just for surviving past coronavirus, Berg said, but for potentially changing Central Square permanently. “This is one way to seed the idea in people’s brains that these spaces can be so much more than parking – that they can be places that really serve the things that make Central Square vibrant and that let us call it a cultural district,” Berg said. “Part of our challenge is to help people believe it can happen by showing them.” 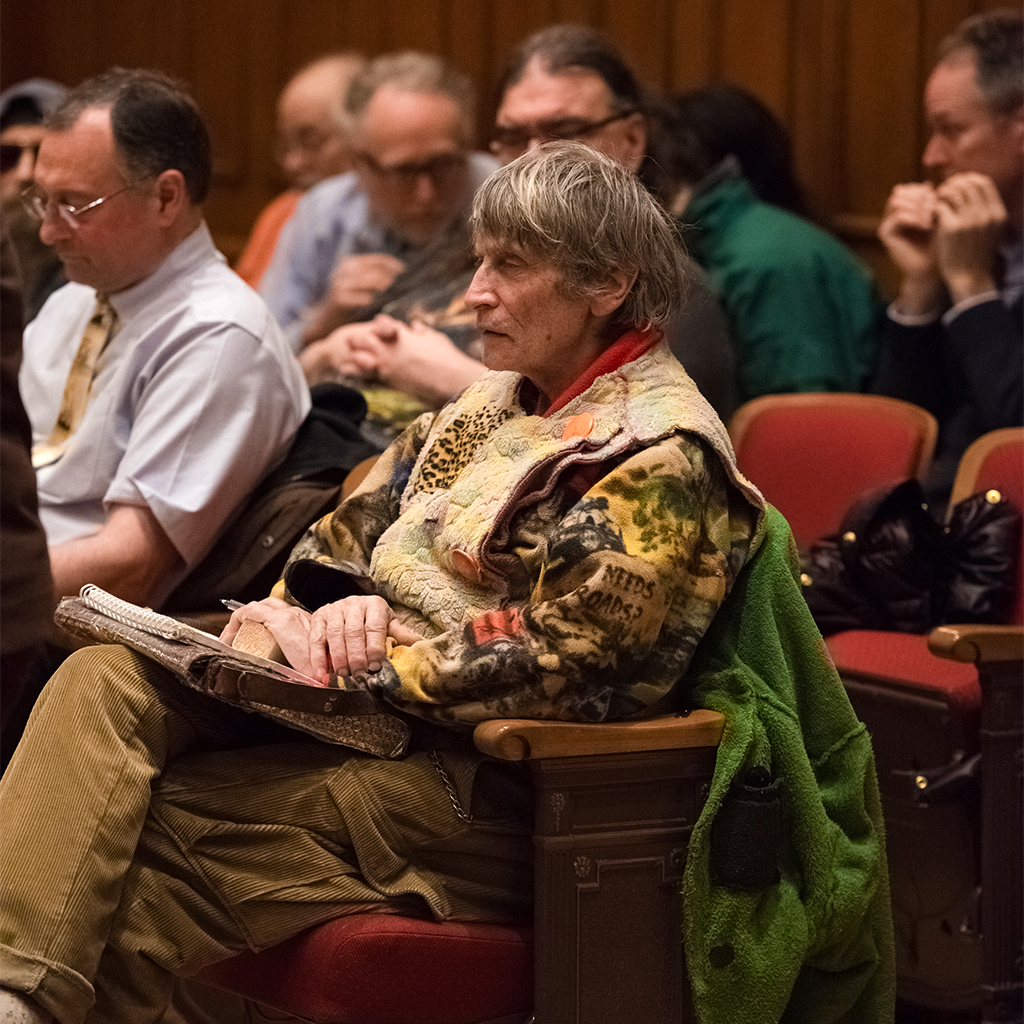 Peter Valentine – proponent of renaming Central Square to be “Starlight Square” – in 2018 at a City Council meeting. (Photo: Ceilidh Yurenka)

What gets staged may be different from what the arts institutions do in their own homes, and the limitations leave “no room for fluff,” Monestime said.

But he’s excited that the businesses in front of Starlight Square were once part of an earlier Central Square theater, according to Historical Commission director Charles Sullivan, and coincidentally what is now Municipal Parking Lot 5 was once largely the auditorium where shows were put on. The plan is to pay homage to that through the design of Starlight Square, including by installing a theater marquee.

In another invitation of good karma, the name “Starlight Square” comes from one of Central Square’s biggest proponents and most colorful residents, Peter Valentine – who has lobbied the City Council for a wholesale name change, but now at least will see his suggestion be used in a bid to save some of the area’s most enduring arts institutions.