Exploring city employees’ race, gender and pay? There’s a tool for it, but it might not fix inequity 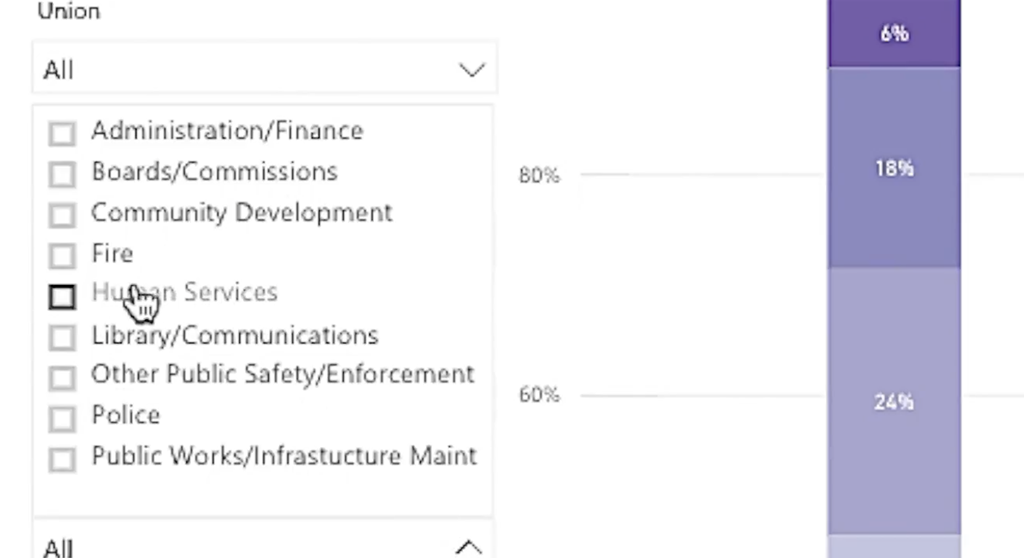 Exploring city employees’ race, gender and pay? There’s a tool for it, but it might not fix inequity

Numbers on a color-coded interactive website maintained by Cambridge city government show obvious racial and ethnic disparities in pay and job category in the city’s workforce – such as six percent of black employees earning more than $100,000, while 12 percent of white workers occupy that pay category. It was intended to make job equity transparent, yet it’s not clear who in the public knows about the elegantly designed dashboard.

The Pay Equity Dashboard and a connected Demographics Dashboard allow a user to plug in parameters from drop-down menus to compare salaries of city employees by race and ethnicity, gender, type of position, department group such as “administration/finance” or “police,” and job category such as “professional” or “support.” Separate information is available for school department employees on the dashboard, with fewer details. The dashboards, last updated June 30, 2019, go back to 2000, although they were created in 2017.

In the furor and protest sparked by a Minneapolis police officer’s killing of George Floyd, little attention has fallen on potential racism in city government itself, aside from the behavior of the police department. Asked who in city government looks at the Pay Equity Dashboard and how the city uses it, spokesman Lee Gianetti at first quoted a disclaimer on the dashboard itself: “This simple pay comparison tool does not control for factors such as hours worked, worker education levels, worker experience, worker tenure, worker department and job-specific duties, among other variables, which may explain a significant portion of the observed differences in average salary.” Some of those very factors can result from racial bias in society, such as unequal access to a good education and employment discrimination.

Gianetti was asked whether the city had examined how those details affected comparisons on the dashboard and the purpose of displaying it if it couldn’t be used to check on disparities. He said an equity and inclusion consultant as well as city employees were using “our data to inform their work and perform further analysis.” The consultant was hired to examine 41 city departments and advise on how to improve equity, inclusion and diversity, city officials told councillors at a meeting of the Civic Unity Committee last year. Gianetti said a report from consultant Working Ideal is expected in October.

“As I am sure you [are] aware, data analysis related to this topic is very complex, which is why we have a disclaimer. Employment and compensation issues involve a lot of nuance, and causal inferences at the aggregate level must be done very carefully,” Gianetti said. 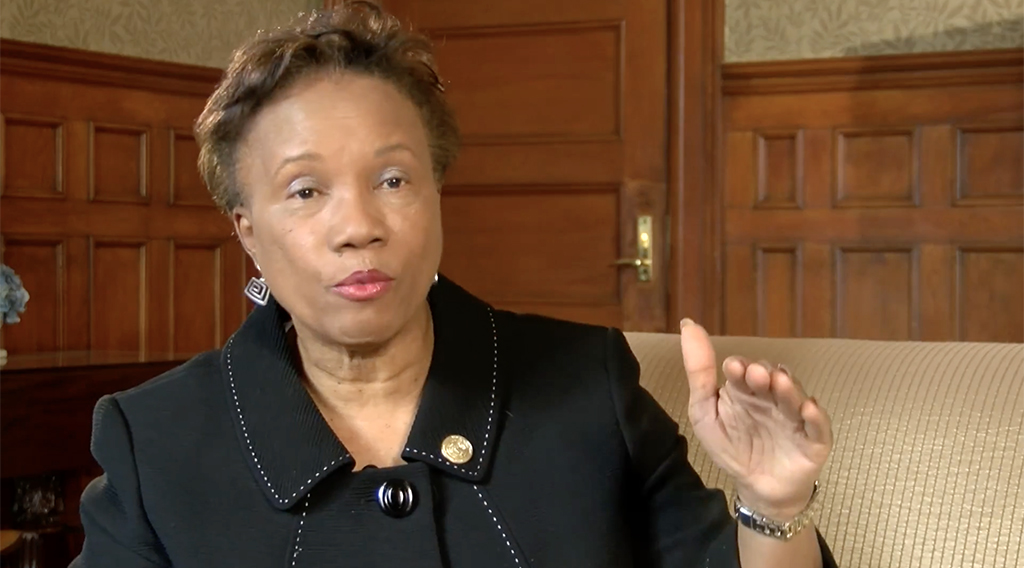 Then mayor E. Denise Simmons speaks in a June 2017 video about the pay equity dashboard.

When the website was created as part of an equal pay campaign by then mayor E. Denise Simmons, top city officials were enthusiastic. In a June 2017 video on the initiative featuring Simmons, City Manager Louis A. DePasquale and deputy city manager Lisa Peterson, Peterson said: “It is an important piece to put your data out there and be able to look at gender, look at pay scales, look at union classification … so that people can see for themselves. It’s a very tangible way that we can really make sure that we are having an inclusive workforce that’s being treated fairly.” She didn’t make any disclaimer.

The video called the Pay Equity Dashboard “Initiative #1” in the equal pay campaign and said it would “make city wage data transparent and accessible to the public.” Simmons hailed the passage of a state pay equity law and said that by the time it took effect in July 2018 the city would be ahead of the pack; “We will not start it, we will have already done it.” Simmons focused on equal pay for women but noted that although women in general are paid less than men, African-American women earn less than white women, and Latina women “much less.”

Three years later, the dashboard shows that in at least in the city’s workforce, women still earn less than men – a median of $64,203 for women to $68,427 for men. Black women’s median pay, $58,136, is still lower than white women’s median salary, $67,679. Hispanic women do slightly better than black women with a median of $59,713, though their average salary is slightly lower than average pay for black women. The comparisons are all for employees with benefits, because they work a minimum of 20 hours a week, as notes on the dashboard recommend.

Deems it “an important tool”

Victoria A. Budson, a prominent diversity and inclusion expert who founded and heads the Women and Public Policy Program at Harvard University Kennedy School of Government, helped the city create the pay equity dashboard. She agreed that it lacked details such as information on additional sources of compensation for employees and that more data is always helpful, but said the dashboard “is a very effective way of looking at base salary.”

“Having data enables one to create a benchmark” and benchmarks are useful “when one is looking at whatever metric you want to explore,” Budson said.

“Things which are measured are much more likely to be kept in mind,” she said. “If you think about it, 10 years ago there were no mechanisms to access this information … I think [the dashboard] is an important tool.”

Simmons, the major force behind establishing the dashboard, did not respond to a June 23 email asking when she or her staff last looked at it and how she had used it or followed up on the information it displays.

At the June 29 meeting of the City Council, Simmons, joined later by the other councillors, spearheaded a policy order asking for a “thorough, systemwide review of the entire municipal government to identify and remove any vestiges of systemic racism and/or racial bias in any and all city departments” and a report on the effort by Sept. 14. 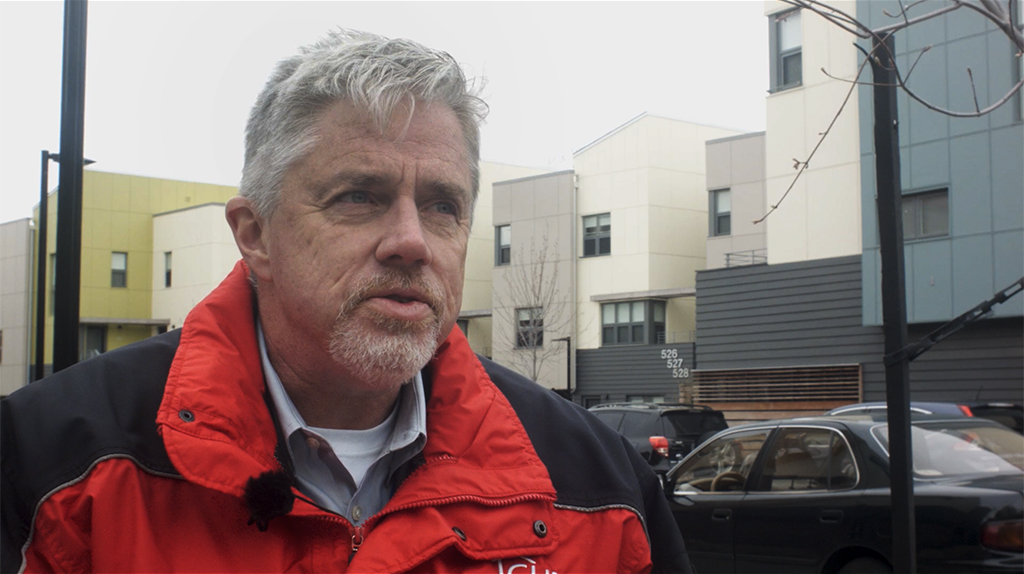 Another government agency operating in Cambridge, the Cambridge Housing Authority, reacted to Floyd’s killing by taking a look at its own workforce. The authority polled its employees last month and asked whether they had experienced racism on the job.

About 40 percent said yes, not only from other staff but from public housing residents, Executive Director Mike Johnston told commissioners at a June 17 meeting. The authority established a diversity, equity and inclusion committee to continue discussions on the issue; it’s made up of employees but may expand to include residents, Johnston said.

Commissioner Victoria Bergland, who represents residents and is also a person of color, said of racial prejudice among residents: “I have thought about that  a lot. It really does break my heart every time I hear about that. One of the things that is lacking is … diversity in a lot of these developments.” Bergland said “most of us grew up in diverse neighborhoods … There is now a lot more segregation.”

Responding to Floyd’s killing, Johnston sent employees an email saying that while “as a white male I have never experienced the challenges that some of you have, I know when something is wrong, and what has been happening and is happening in this country is just plain wrong.”

There’s no public dashboard for the housing authority similar to the city’s, however.

Starting in the 1990s, Cambridge faced seven lawsuits from employees alleging discrimination. In the most widely noted, the city paid $8.3 million to Malvina Monteiro in 2011, an amount that grew when then-city manager Robert W. Healy continued to appeal decisions that went against Cambridge. Monteiro was former executive secretary of the Police Review & Advisory Board, which reviews complaints against the police.

Two other employees of color, Linda Stamper and Mary Wong, settled their cases against the city a month later for undisclosed amounts. The four other plaintiffs dropped their suits over the years.

One current case involves an allegation of gender discrimination. Michelle Maher has filed a complaint at the Massachusetts Commission Against Discrimination. Maher, a building projects coordinator at the Department of Public Works, said she is doing the work of a manager but is paid the salary of a secretary. She has worked for the city for more than 30 years.

Her complaint said she has the same responsibilities as several men at the department who have titles as managers and are paid more. She said she had protested repeatedly about the situation. According to the complaint, in October 2017, DePasquale offered to give her a temporary job that paid an additional $3,000 and, when she turned it down, DePasquale told her: “You are making a grave, grave mistake. Owen [O’Riordan, DPW commissioner] is never giving you another dime.”

In an interview last week, Maher said she had worked in the Community Development Department when she first joined the city workforce and “I didn’t really see any pay discrimination or inequity or people being treated badly.”

She moved to Public Works after she gave birth to twins because the work schedule was better, she said. “It was a different world,” Maher said. “There were no jobs [for women] with any authority.”

Maher filed the complaint with the state in January. The city has not responded, asking for several extensions because of the pandemic, which were granted, said her lawyer, Rebecca Pontikes.