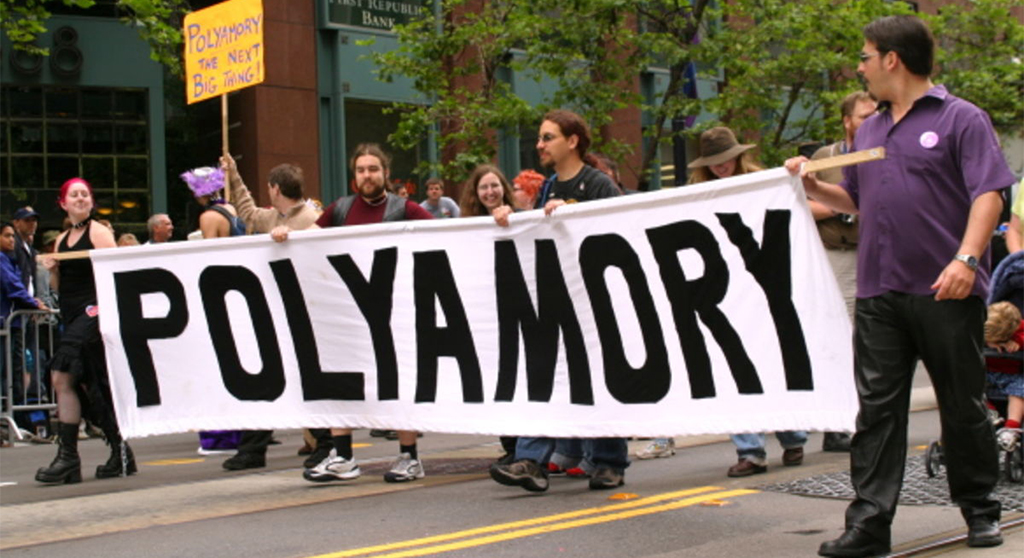 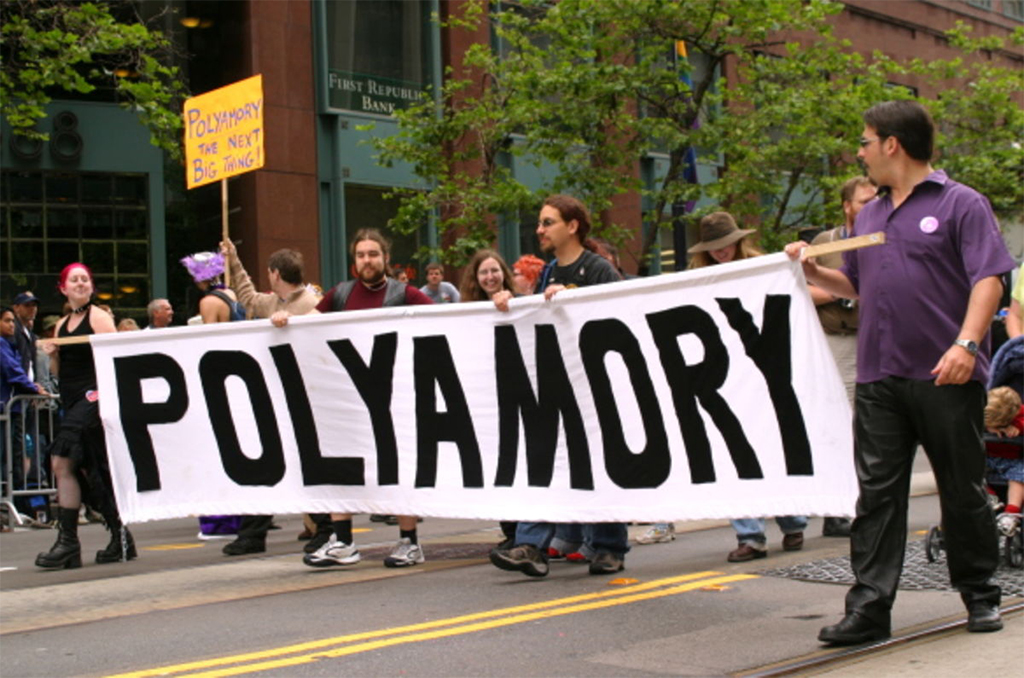 A widely used image of polyamory rights represented in a march.

Cambridge took a step toward formally recognizing polyamorous relationships on Monday, advancing legislation in the City Council that would give domestic partnerships with more than two people the same legal benefits that married couples have.

City staff are asked to weigh in on the proposed law, including getting advice from the LGBTQ+ Commission and city solicitor, before it returns at the next regular council meeting, Sept. 14.

Recognizing poly relationships might seem daring to much of America, where conventional wisdom has it that no more than 5 percent of the population takes part in relationships that openly include more than two people. But Somerville enacted a domestic partnerships ordinance June 29 (“We can’t always be first,” vice mayor Alanna Mallon said), and councillors heard from one resident who said the law didn’t go far enough.

In advancing to a second reading and likely enactment, the order drew six votes in favor and none against. Councillor Dennis Carlone wasn’t able to vote, being absent for the latter part of a nearly six-hour meeting. But two councillors voted “present” instead of taking a position.

“I’m going to vote present on this because there are some issues I’m not familiar with. I was hoping to have at some point a committee hearings so this can be talked about and explained,” councillor Tim Toomey said.

The second vote of “present” came from councillor E. Denise Simmons, whose term as mayor beginning in 2008 was notable because she was the nation’s first openly lesbian black mayor. When she married in 2009, her ceremony was the first same-sex marriage in a traditionally African-American church in Cambridge. She has been an advocate for LGBTQ+ rights over the years, as well as for the faith community.

Simmons took, if anything, a harder line on the motion.

“I concur with my colleague, councillor Toomey – I don’t know enough about it,” Simmons said. “I don’t want to send it to a second reading, because I don’t have enough information. And we’re just not going anyplace where it can be vetted. If it’s going right on to the second reading, I will be voting present.”

But councillor Marc McGovern said the order was in line with the effort last term to get state permission for a gender-neutral option on birth certificates, expanding options for transgender and gender non-binary people who wanted to correct their form, as well as for new parents. It was proposed by McGovern and co-sponsored by Simmons, as well as by Mallon and councillor Sumbul Siddiqui, who is now mayor. The city offered a domestic partnership ordinance, acknowledging non-married couples, in 1992.

“This is about an important acknowledgement of the various ways that people love and show their commitment to one another. And to think about how we continuously push ourselves to be as inclusive as possible,” said Siddiqui, author of the Monday order with co-sponsors Mallon, McGovern and councillor Quinton Zondervan.

The order drew a handful public comments, mainly from people expressing support for the recognition for their own long-standing poly relationships – including one with a bit of drama to it. “This is my coming out,” one resident said. “If this policy order is passed, you will be recognizing my marriage of 38 years, and I deeply appreciate it.”

“I am concerned that these changes are too narrow to achieve what I hope and believe are the city’s goal of inclusivity,” said a resident who identified as asexual and aromantic – not experiencing sexual romantic attraction. “The proposed changes are insufficient to include a partnership like mine, where my partner lives down the block from my intentional community.”

They law as written also doesn’t accommodate people who have multiple partners, the speaker said. “For example, someone who has two partners who are not involved with each other would not be able to enter into a partnership with each of those individuals. The city should take this opportunity to more broadly acknowledge the many types of families that already exists among its residents.”