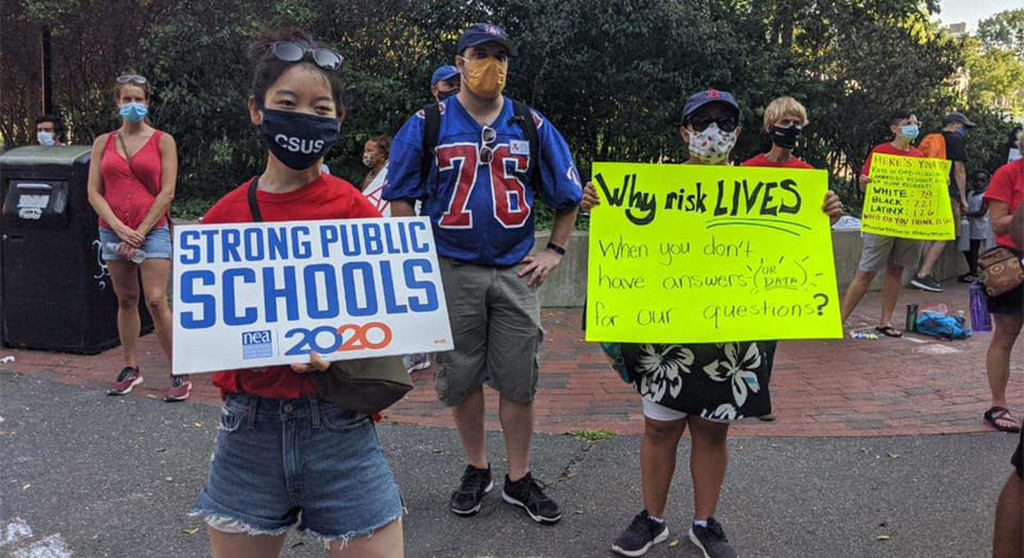 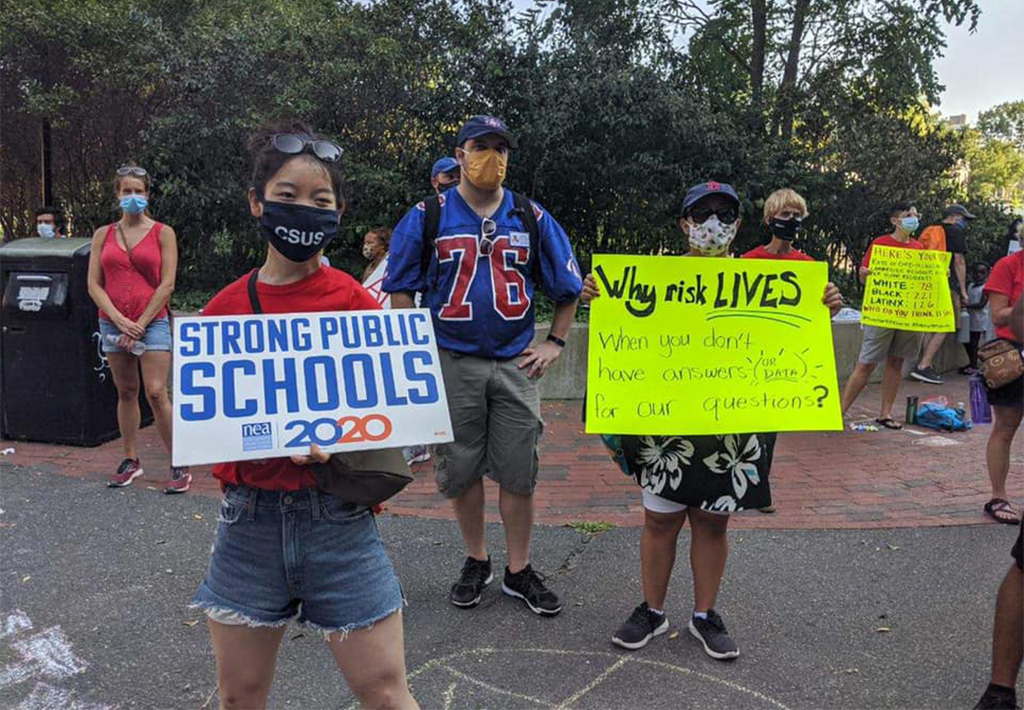 The Cambridge Education Association sent an open letter Monday to the School Committee demanding that the academic year begin with remote-only classes.

The letter states that the CEA is “deeply distressed” by the committee’s Aug. 14 vote to adopt a limited “hybrid” school reopening plan, even though there are an extensive list of contingencies that would let officials halt the reopening and revert to remote-only classes.

The letter was signed by 574 people as of the time of publication. (Though the letter says it was from 682 association members, there were a number of duplicate signatures.) The number of signatures has continued to change.

The hybrid plan provides for remote learning for all students from JK through grade 12, with limited in-person learning (on an opt-in basis) for JK through first grade, some second- and third-graders, and students in “substantially separate” programs in all grades, such as special education.

The union’s concerns include that the plan puts educators, students and families in harm’s way by holding classes at a high-risk time for Covid-19 transmission.

Presented as a third, bullet-pointed concern, like the risk of transmission and officials’ failure to listen broadly, was a statement from the CEA that it refuses to be “divided as a union and a community” and that the goal is “surviving this pandemic and providing the children of Cambridge with a quality education.”

The motion was approved with input from health experts, the letter says, but not from educators who could best assess it if would be “educationally sound” considering the masks, social distancing and hygiene practices required to limit Covid-19 transmission. “The only way educators and families were able to speak was in public comment, where they were timed and shut down mid-sentence,” the letter says.

A number of parents, caregivers and representatives of school-affiliated organizations did offer public comment at recent committee meetings on reopening plans – limited as usual to three minutes per person. Public comment often ran two hours or longer. There were also several educators on the district’s Covid-19 Task Force and working groups.

The letter says the committee, by approving the hybrid plan, does not share the same goals, and that in the absence of guidance from federal and state government, the committee “moved to put the onus onto educators and families instead; you just trickled down the failure to us [and] communicated that educators’ and our communities’ lives do not matter.”

The committee plans a virtual special meeting Tuesday to go into a closed-door session to discuss collective bargaining goals. The district is preparing to negotiate with the association for contracts with teachers and administrators (units A and B), clerks (Unit C), substitute teachers (Unit D) and paraprofessionals (Unit E).

Officials vote warily on school reopening plan, mostly remote, with many ways to pull the plug