‘On the Rocks’: Coppola’s back with Bill Murray, on the hunt for infidelity with a daughter adrift 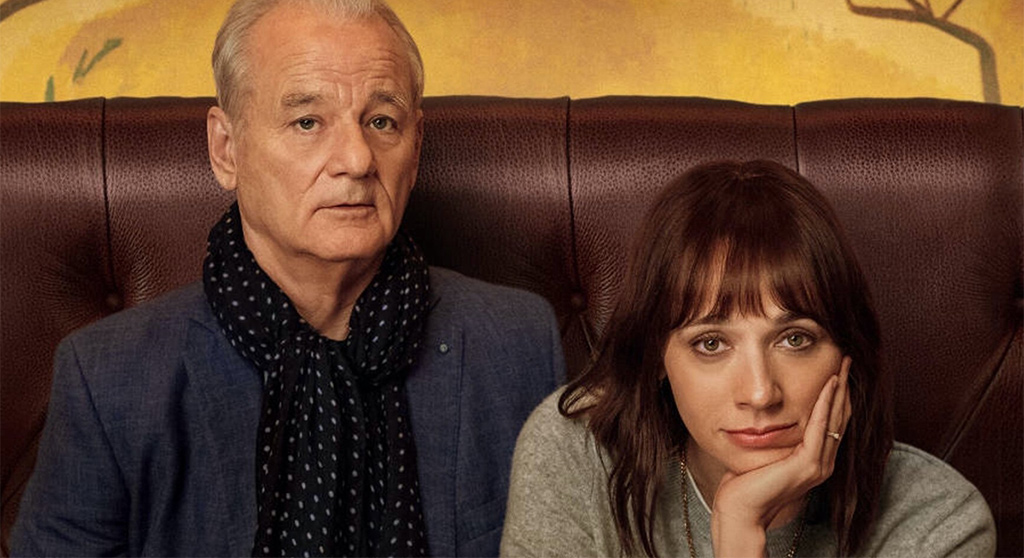 ‘On the Rocks’: Coppola’s back with Bill Murray, on the hunt for infidelity with a daughter adrift

Sofia Coppola’s one of the directors whose movies I eagerly await. She pulled me in with her gauzy debut of teen angst, “The Virgin Suicides” (1999) starring Kirsten Dunst, and cemented her status as a filmmaker to watch with her follow-up “Lost in Translation” (2003), a beguiling chapter of detachment and ennui abroad. With “On the Rocks” she re-teams with that film’s co-star, Bill Murray, for something similar but yet far less striking. Part of that may be the film’s gaiety in these times of debate madness and Covid spikes; also too, like “Marriage Story” (2019), which starred “Translation” co-star Scarlett Johansson, well-intentioned delves built around beautiful people with means who happen to hit an emotional speed bump can be a hard sell. “Translation” steered around that adroitly with deep, lonely portraits buoyed by meted measures of droll humor, and Coppola’s take on “Marie Antoinette” (2006) gave the blasé final French queen (“let them eat cake”) a soul.

Here we have Laura (Rashida Jones), a writer who thinks her husband, Dean (Marlon Wayans), is cheating on her. They seem like a free-spirited romantics when we meet them at their wedding and they blow off the party to jump in the hotel pool. But now, with two kids, a degree of detachment has set in and they’re hitting some of the snags Coppola’s clawed through before. There’s a general glumness in their spacious New York flat, but you can’t put your finger on the exact reason. Girl talk with BFF Vanessa (Jenny Slate) just underscores Laura’s writer’s block and obsessive suspicions. Enter Laura’s dad, Felix (Murray, who really has the smugly chummy thing down), an eternal hedonist, world traveler and serial philanderer. There’s no woman who doesn’t get a second look, and you can tell Felix was never really the greatest dad. If there was any doubt, the record gets set straight when Laura shares her fears about Dean with him and he comforts her with a gallon of gasoline and a flamethrower – telling her all the ways men cheat and citing examples of his devious skill at it.

Where does the film go from there? It’s kind of an “I Spy” bonding story with Laura making up fibs about where she is so Felix and she can spy on Dean and his lithe, eager assistant Fiona (Jessica Henwick), including air trips to foreign countries. A nifty, Woody Allen-esque development comes a bit late in the film and ties up too quickly; the film needs an extra stretch of runway to really stick the landing. Jones, Quincy’s daughter who was so good as a legal negotiator in “The Social Network” (2010), is an affable presence, but she doesn’t quite project writer. Murray, of course, is the reason to see the film. Those big, satirical eyes and rubbery mouth convey volumes in a look, and when he speaks, it’s usually to let the quills fly. “On the Rocks,” not just because of Murray, feels like a sequel of sorts to “Translation” – older man with status with a young woman in a drifting relationship under his wing. It’s not as complex or provocative, and you never feel like anything is truly at risk, but you’re happy to spend time with this daddy-daughter duo as they wrestle with their very first-world problems.

“On the Rocks” screens at Kendall Square Cinemas starting Friday, and will be available on Apple TV+ starting Oct. 23.