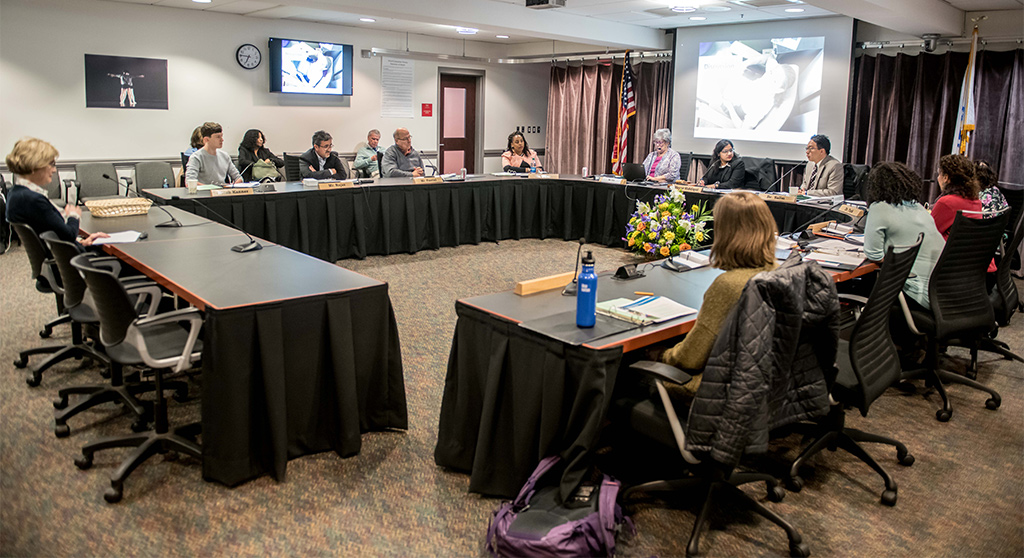 In the sounds-boring-but-it’s-important category, the School Committee decided this month to televise all of its subcommittee meetings – a motion it passed without discussion after it was proposed by Mayor Sumbul Siddiqui with co-sponsors Fred Fantini and Rachel Weinstein.

“Crucial discussions around school reopenings are happening in subcommittee meetings,” says the order, which became part of committee rules Oct. 6. “It is integral that all Cambridge Public School scholars, families and staff can easily access this information.” Public participation in subcommittee meetings had reached an all-time high, the order notes, and the committee said it had already amended its rules to record and post the meetings online.

As with the City Council, new voices are being heard during meetings since coronavirus restrictions forced the meetings online.

Now all that remains for the committee to do is standardize the televising and livestreaming of its roundtable meetings – members are still making one-by-one motions to televise them, as with Siddiqui’s motion Tuesday to televise this week’s discussion with elementary school principals – and the School Committee will have finally arrived where it should have been many years ago. This isn’t to make light of decisions to make deliberations visible to all; the recent movement toward transparency for all (on whatever platform they watch) is appreciated. But it’s also been obvious that the distinction among regular, special, working group, roundtable, subcommittee meetings and even retreats the public can attend are fairly silly ones. It’s been a quirk of the system that the deeper into an issue members go, first into subcommittee and then into roundtable, the less likely it is the public will have access to the conversation; while some of the conversations may dig into esoteric details of obscure topics no member of the public might care about, some necessarily go into the most depth because they are the most complex and the most interesting. It can be invaluable to have a complete public record in which, years or decades later, we can literally see where a conclusion came from and why it was voted the way it was. Any historian, researcher or librarian, but also many journalists and citizen activists, would agree.

Once the committee and City Council have reached a point where all meetings are televised or livestreamed as a matter of course, eventually and inevitably the city will reach the point of consolidating all the materials in some way that makes sense of it all. (At the moment there are a jumble of overlapping systems that must be figured out depending on which public body you’re looking at and what contract they have for which technological solution. It’s not good now, and will likely cause headaches down the road.) Since the city is not great at audiovisual solutions, this will probably take many years to accomplish. Don’t hold your breath.

But every step along the way is a good one, and the mayor and her School Committee deserve thanks for bringing us closer to the day it’s easy to watch any meeting, whether it’s live or took place a week ago – or even many years ago.