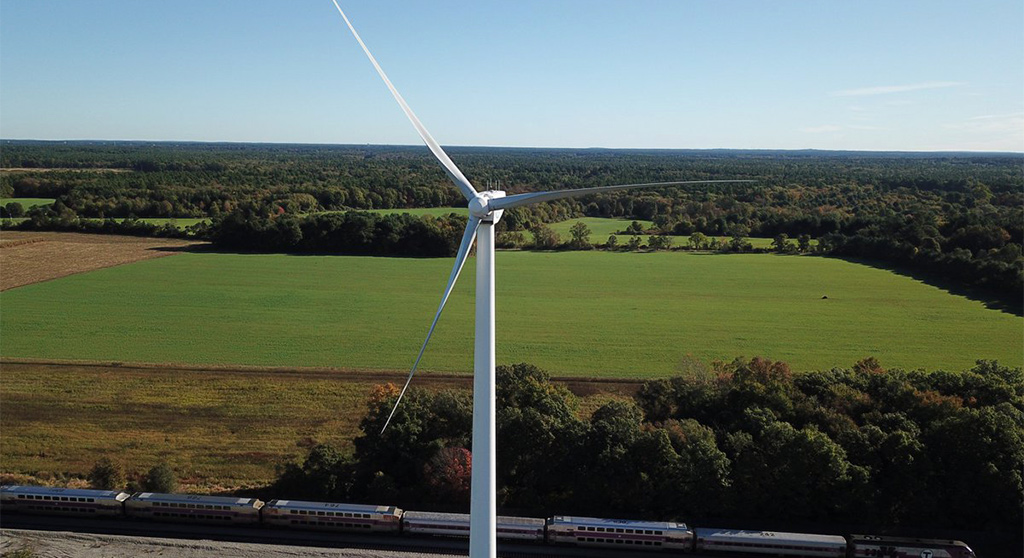 The MBTA’s wind turbine in Bridgewater, commissioned in April 2019. (Photo: MTBA via Twitter)

The MBTA has finalized a contract to switch its electricity supply to 100 percent renewable energy starting Jan. 1. The move will save an estimated $3.5 million dollars annually at a time the agency faces large budget cuts from Covid-19 ridership dips.

“This deal is a remarkable transition,” said Joseph Aiello, chair of the MBTA’s Fiscal and Management Control Board. The agency estimates that 36 percent of its carbon footprint comes from its electricity use.

A contract with BP Energy, the light rail service’s longtime energy supplier, was finalized Friday, said Lisa Battiston, a state transportation spokeswoman. In an Oct. 5 meeting, the Massachusetts BayTransportation Authority announced that the additional cost of switching to renewable energy was expected to be $854,000 per year, offset by lower underlying energy costs.

The contract is for three years instead of the five-year terms of the four previous contracts. Future improvements to T and bus service make estimating future energy requirements more uncertain than in the past, said Andrew Brennan, the MBTA’s senior director of energy and environment.

The agency is making other efforts to reduce its carbon footprint, with officials acknowledging that the new electricity contract is not a cure-all. “We really want to ratchet this up,” said Brennan, referring to its other efforts to decarbonize the MBTA. Those efforts include two wind turbines – which have had some troubles producing the expected amounts of power – at Kingston and Bridgewater; solar canopies; and geothermal work at the Hingham Ferry Terminal.

The MBTA plans to partner with third parties to develop solar panels on and off its property. The agency noted that its energy needs are large enough to also justify looking for opportunities to use its weight in the energy market to develop wind farms.