Provider of shared office space in a pandemic expands into CIC Health, offers tests to public 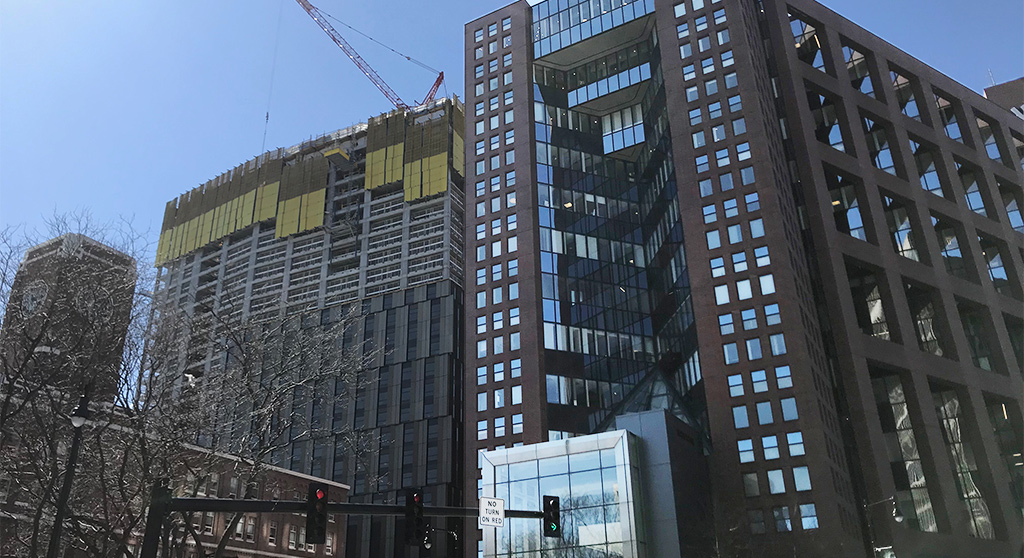 Provider of shared office space in a pandemic expands into CIC Health, offers tests to public

A new, privately owned Covid-19 testing clinic opened Tuesday in Kendall Square with some operating similarities to an ill-fated testing site in an Inman Square bar – except that the new venture is owned by a well-funded international company, not a lone tavern operator, and the city shows no signs of trying to shut it down.

CIC Health, a venture of the international workshare space provider the Cambridge Innovation Center, said the test site at 245 Main St. is the first open to the public; until now the company provided testing services to startups that use its workshare buildings as well as schools, prisons and long-term care facilities. CIC Health says on its website that it has worked with more than 100 organizations to have more than 100,000 viral tests processed at laboratories it contracts with.

Wit’s End, the now-defunct Inman Square bar, was open for a little more than a weekend in May offering tests for antibodies to the coronavirus in a space that was empty because of Covid-19 shutdown orders. After some city councillors questioned how the city could allow a bar to transform itself to a medical business, city officials ordered the operation to shut down because it had not obtained a certificate of occupancy as a medical office.

The Cambridge Public Health Department said Thursday that it had referred the company to the state Department of Public Health when CIC sought approval from the city agency in October, and state officials said “no approval is required in this situation” apparently because CIC sends the samples it collects to government-approved laboratories – yet Wit’s End did the same. A spokesman for the state health department didn’t provide an explanation.

Wit’s End operated under the supervision of a physician, Benjamin Stein, brother of bar owner Peter Stein. CIC Health has medical oversight from a national physicians’ group, PWN Health. PWN Health doctors presumably licensed in Massachusetts assess health questionnaires filled out by potential CIC Health test customers and decide whether they qualify to get tested when customers sign up online to make an appointment.

The online registration process also requires customers to agree that PWN Health doctors won’t provide any emergency or urgent care or medical treatment of any kind. All contact with doctors will be remote, not in-person, the agreement says. Customers are responsible for communicating with their own doctors, the agreement says. And the company won’t be liable for harm from use of its services; any damages will be capped at $100.

According to a PWN Health dashboard from early this month, the doctors’ network had supported 242,816 tests for Covid-19 in Massachusetts. California had the largest number of coronavirus tests associated with the company: almost 1.4 million.

The new clinic makes Cambridge one of the most well-resourced cities in Massachusetts for Covid-19 tests. The city’s public health department provides free tests to residents at two sites in Cambridge, while Cambridge Health Alliance offers free tests, also to residents, at Assembly Square in Somerville five days a week. Those sites provide PCR tests, the most accurate for diagnosing the virus. Carewell Urgent Care has two offices in the city offering PCR tests, antibody tests and antigen tests; the antigen tests produce more false negative results than PCR tests, and antibody tests aren’t recommended for diagnosing a current infection because they show if a person previously had the virus.

Besides those opportunities for residents, Harvard University and the Massachusetts Institute of Technology are testing several thousand students and staff on campus as many as three times a week.

Carewell charges about $160 for tests; some tests might be covered by health insurance, the company says. CIC Health does not yet have agreements with insurers, the company said, but charges $80 a test. CIC Health said it can charge less than other providers because it sends samples to lower-cost labs such as the Broad Institute of Harvard and MIT. Broad has said it charges $20 to $50 per test to analyze samples at its high-capacity lab and can produce results in less than two days.

The Cambridge Innovation Center was launched by MIT grads Tim Rowe and Andrew Olmsted in 1999 with 3,000 square feet of shared offices. It now has campuses in nine locations, including Rotterdam, Holland; Tokyo; and Warsaw, Poland. Rowe told GBH’s Paul Singer in May that the evacuation of offices after the coronavirus struck would ultimately be good for shared workspaces, because companies could pare their real estate needs while most employees worked from home – but that he wanted to make the spaces as safe as possible for those who showed up. That include installing pedals to open doors and even a custom wand to push elevator buttons.