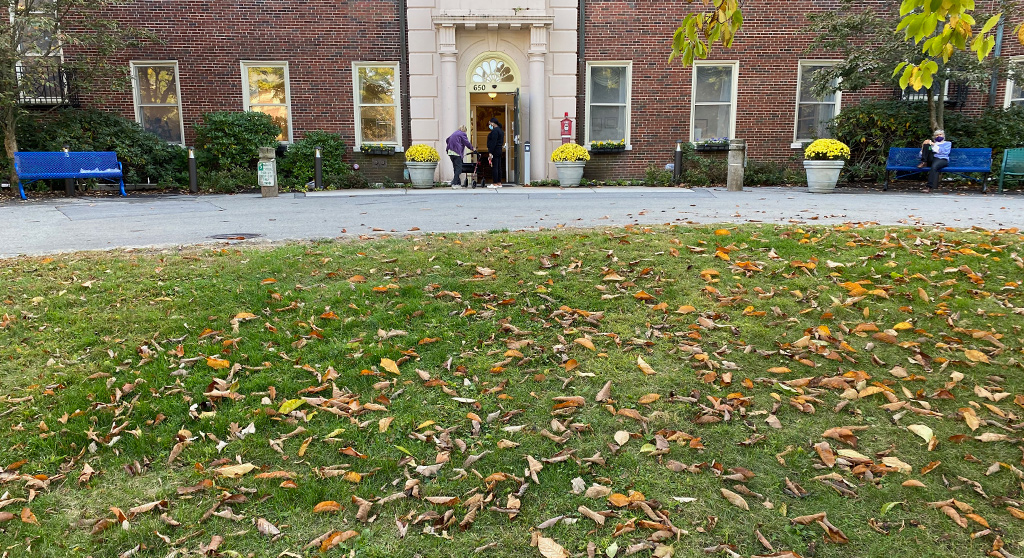 A resident of a local assisted living facility has Covid-19, the Cambridge Public Health Department said Wednesday. Earlier this month, the department said seven nursing home residents and an employee had tested positive. Before October, the city had not reported a new infection in a long-term care resident since June 6.

Another worker, in a different nursing home, also tested positive for the virus this week, the department said.

The health department has not identified any of the facilities where residents and workers tested positive, but information can be pieced together from other sources and the department’s announcements. Daily Covid-19 reports filed with the state by nursing homes and assisted living centers indicated that the new resident case occurred at Neville Place Assisted Living at Fresh Pond, and the new employee case at Cambridge Rehabilitation & Nursing Center.

The earlier cases involved seven residents at Sancta Maria Nursing Facility, according to the reports. The city health department said the earlier worker infection occurred at the same facility, although it didn’t name Sancta Maria.

Residents of long-term care centers, especially nursing homes, face higher risk from the coronavirus because of their age and poor health. Nursing home residents also live in close proximity, enabling the infection to spread. People in assisted living usually have their own apartments but often ate together before the pandemic, and they may use common areas of their building together.

A spokeswoman for Senior Living Residences, which manages Neville Place Assisted Living, did not respond to an email Monday, when the resident case was first reported. The administrator of Sancta Maria has said he has “no interest in speaking to the press.” Officials of the company that owns Cambridge Rehabilitation & Nursing Center, CRNC Operating, couldn’t be reached.

The Neville Place resident went to the hospital after having symptoms of Covid-19 and tested positive there, according to the health department announcement. The person was admitted to the hospital. The department said the resident “had no contact” with other residents but public health nurses are notifying employees of the facility and direct care workers who were potentially exposed.

“At this time, there is no link with other positive cases,” the department said.

As for the infected employee at Cambridge Rehabilitation & Nursing Center, the nursing home has tested all residents and staff as required by the state and all tested negative, the department said. The nursing home will perform a second round of tests this week.