‘The Climb’: Clever twists along trail of bike ride where soon-to-married bud really feels the burn 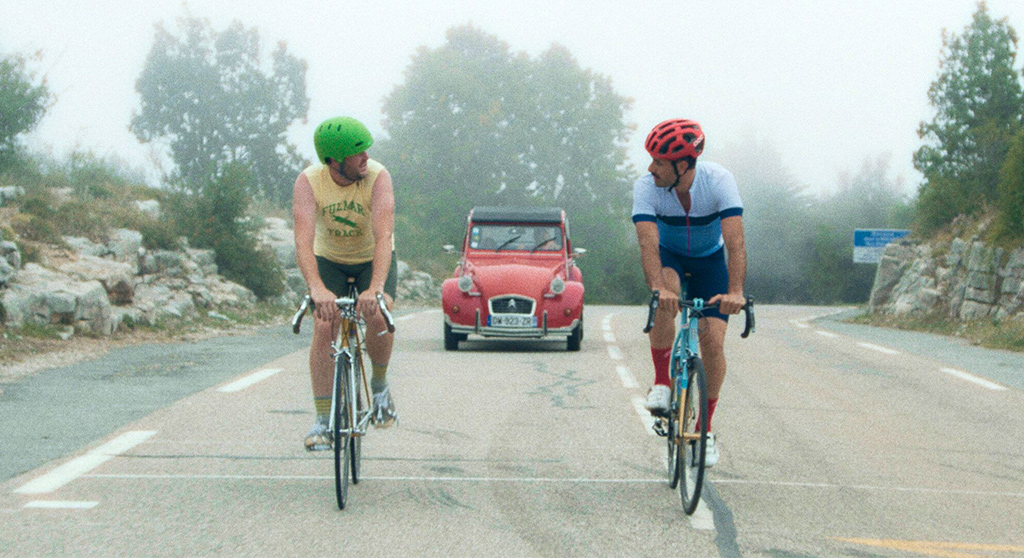 ‘The Climb’: Clever twists along trail of bike ride where soon-to-married bud really feels the burn

If “The Climb” were a pop song, it would be a spin on Lady Gaga’s “Bad Romance”; call it “Bad Bromance.” The dark, witty indie gem begins with the event of the title, a long bike climb through the hills of France as one buddy Mike (director, co-writer Michael Angelo Covino) gives climb and cadence instructions to bestie Kyle (co-writer Kyle Marvin) as they ascend the seeming endless rise. Between the wheezing and puffing we learn that Kyle’s about to be married, and the endurance undertaking is the bachelor bonding event du jour. Then Mike lets out the sucker punch that he’s slept with Kyle’s fiancee – multiple times. “I’m going to kill you!” Kyle huffs, unable to catch up to the object of his ire. “I know; that’s why I told you on a hill,” retorts Mike without care or fear.

With friends like that, who needs enemies, right? Mike and Kyle end up in a French hospital for reasons other than what you’d imagine, where Kyle’s to-be shows up and things really get skewed. Like the cagey recent thriller “Let Him Go” there’s a sudden pivot to a major life event. You expect it to be a funeral or a wedding (I’m not going to tell you which), but you drop into the opposite. “The Climb,” which begins with a masterful long shot by cinematographer Zach Kuperstein, feels contained in location and time, but then the action goes stateside – Upstate New York, to be exact – and spans years. Mike’s something of an alcoholic mess, while nice guy Kyle has moved on and found another mate to marry (Gayle Rankin, also quite good in “Blow the Man Down”). It’s Kyle’s meddlesome mom (Talia Balsam, while George Wendt of “Cheers” plays dad) who draws Mike back into the fold, and sure enough, with another fiancee in the wings, history looks to repeat itself.

There’s not a lot of action in “The Climb.” It’s a character study of just how far one friend can push another. Remember just how much fun it was to wince and smile at the insanely descriptive tactics of Thomas Hayden Church in “Sideways” (2004)? Same here. We never even really find out what Mike or Kyle do for a living – it’s besides the point. The film’s competently made and droll; you can tell these two spent many a nights penning and rehearsing the material together, and given the names are what they are, you wonder where the characters begin and the real Mike and Kyle leave off. “The Climb” is a quick, nasty burn with some clever twists. Some might even find it life-affirming. I’m not sure I did, but I’m curious to see what this tandem comes up with next.