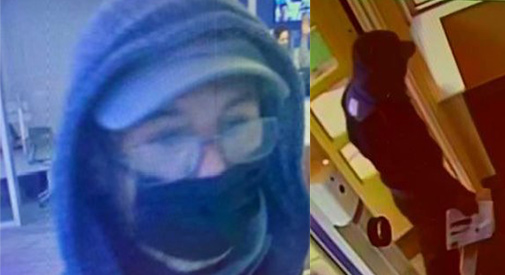 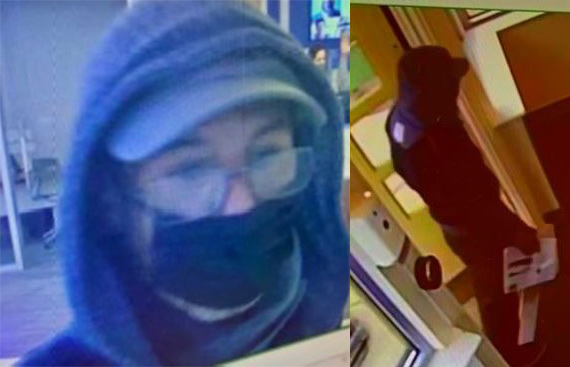 Images from a bank robbery released Wednesday by police.

Police are looking for an Inman Square bank robber, who passed a note demanding money to a teller at around 9:12 a.m. Wednesday. After being handed an unknown amount of money, he fled on foot toward Somerville. No weapon was shown, police said.

The robber is described as a middle-aged, white man wearing a hooded sweatshirt. He is seen in images released by police as wearing glasses and a baseball cap, as well as a dark mask meant to prevent the spread of coronavirus. Police are hoping to identify and find him; anyone with information is asked to call (617) 349-3121.