The Hungry Urbanist: For whom the Taco Bell tolls 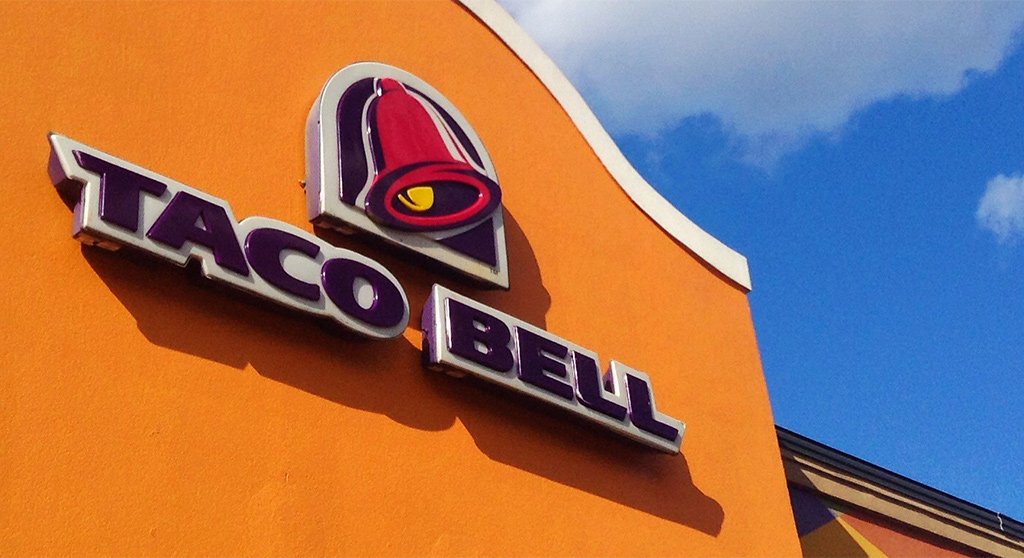 The Hungry Urbanist: For whom the Taco Bell tolls

Taco Bell is the Beto O’Rourke of Mexican food. Or maybe Beto O’Rourke was the Taco Bell of U.S. politics. I begin by confessing that I have a weakness for Taco Bell. I don’t understand the menu and suspect that many of the workers share my confusion about all the strangely formulated item names and how they differ from each other. Chalupas? Taco Bell Grande? Once in Texas at a comedy club called The Broken Spoke, I met a personable Anglo guy who claimed to have invented the chimichanga, which seemed to improve his social status in Austin.

I first encountered Taco Bell after my family moved to St. Louis, but many other Bostonians may recall a “unit” in the ground floor of Warren Towers, a dormitory once known to Boston University students as simply “700” because of its address on Commonwealth Avenue. My time at BU was short, but later I visited that Taco Bell before or after going to see foreign movies at the long-vanished Nickelodeon theater. I remember the enthusiasm expressed by a group of MIT students for Penelope Cruz in “La Belle Epoque”: “That was a great movie.” It certainly was.

My love for Taco Bell also took me to Mid-Cambridge, where another franchise was located at 168 Hampshire St., the intersection of Prospect and Hampshire streets, across from a 7-Eleven that was previously a brake shop owned by a customer who loved to golf. I remember watching workers squeeze off shots of sour cream using a putty gun and thinking they could as easily do that across the street. Maybe that’s where they were trained. The subject of astoundingly uniform bad reviews and comments, this Taco Bell was closed and replaced by a four-story apartment building.

The third Taco Bell was at the intersection of Walden and Massachusetts Avenue in North Cambridge. This was a joint KFC/Taco Bell and known to locals as “Ken-taco.” Ken-taco faced competition from a Hess/Speedway gas station on the other side of the street that sold Nathan’s hot dogs. Eventually that Taco Bell was replaced by an ecumenical South Asian restaurant called Darul Kabab, although the name evoked – to me – a villain from Star Wars. The owners of the corner real estate sold, delivering the property to two busy developers, Hope Real Estate and Capstone Communities.

But now we advance to the key question, one that makes a hungry urbanist wonder: Why was one Taco Bell replaced with a four-story building while an eight-story building was planned for Walden Street and Massachusetts Avenue? The new building grew to nine stories and a rear portion reduced to six stories.

None of the neighbors miss Taco Bell, but many people are concerned with the proposed building. The neighbors of the project welcome the construction of affordable housing; what is of great concern is the scale, the lack of a setback from the sidewalk, the inattention to the elderly residents next door at the Leonard J. Russell Apartments and North Cambridge Senior Center, and the added dangers due to density in traffic at an intersection already noted as perilous. They want a building that is more in harmony with the neighborhood and its varied residents.

Like so many intersections in Boston and Cambridge, this one has curious elements. Safety was once an accepted concern of planners and traffic engineers. Walden Street is surprisingly narrow, so turning cars always create bottlenecks that prevent other vehicles from moving through the intersection even when permitted to do so. The developers propose a slight widening of Walden Street, but only at its very end, by their building.This will not solve the problem of the vehicles – trucks, cars and delivery vans – entering and exiting the building onto Walden Street where it meets Massachusetts Avenue. The avenue itself is wide enough to present challenges to older Cambridge residents who try to cross the stream of cars, buses, bicyclists and computer programmers riding circus vehicles to work in Kendall Square.

Massachusetts Avenue is a boulevard, but most of the proposed building actually faces Walden Street and its humble two- and three-story homes.

Taco Bell’s last outpost is a counter in the food court at Cambridgeside, a building that is changing from an urban shopping center to a Planned Urban Development that includes housing, retail and more lab spaces, which are the most most valuable real estate in the city. It is hoped that Taco Bell continues.

The City of Cambridge should live up to its ideals as a place where we reason together while acknowledging that we might be the most opinionated municipality in America. The city has to plan in an open and honest way and then construct a consensus for affordable housing, lab spaces, the constant expansion of two world-class universities … and Taco Bell.