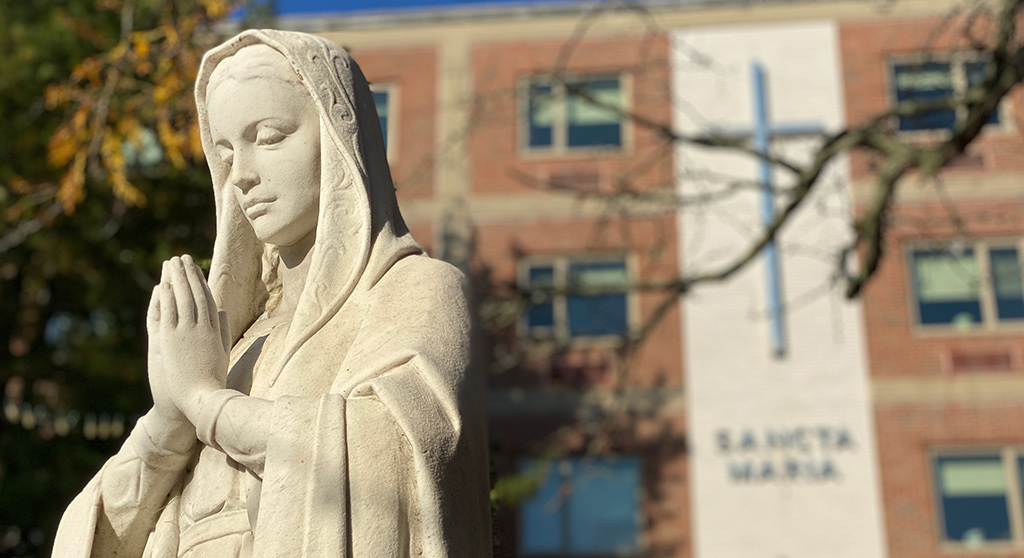 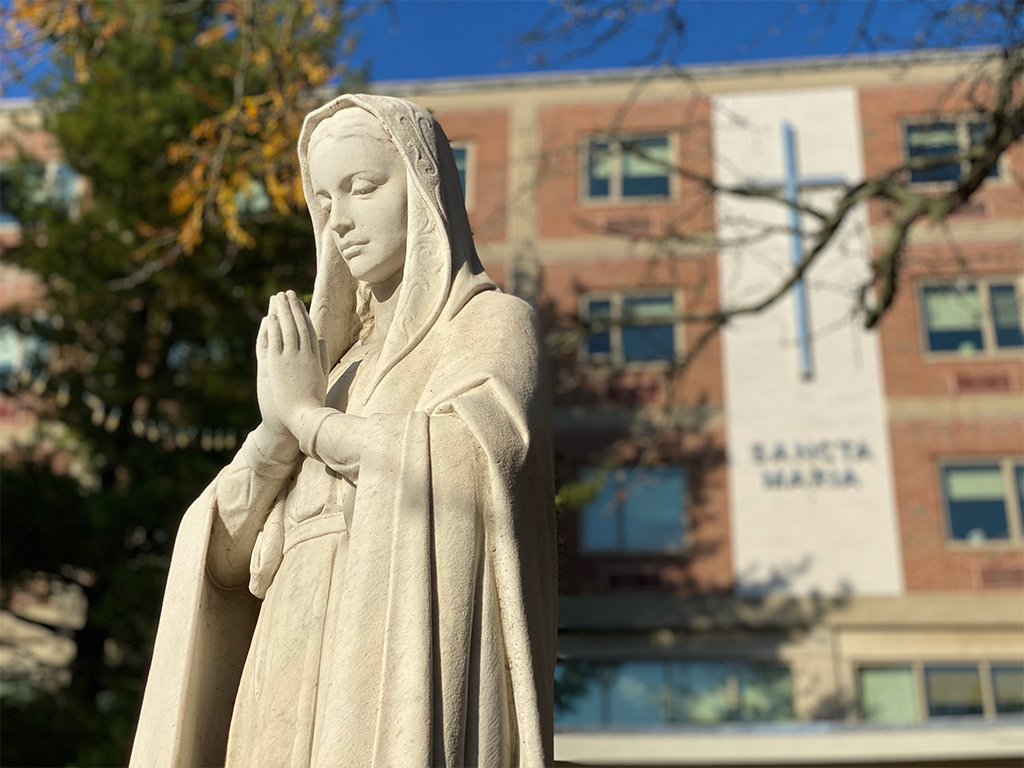 Sancta Maria Nursing Facility, in the Cambridge Highlands, is reported by state health officials to have as many as four new cases of Covid-19. (Photo: Marc Levy)

Two Cambridge nursing homes have a total of at least six new cases of Covid-19 among residents, although the city has reported only one new infection. One of the facilities, Neville Center at Fresh Pond, said on its website Friday that it has five new infections. The other, Sancta Maria Nursing Facility, has one to four new cases, according to a daily report posted by the state Department of Public Health. Sancta Maria said Friday in a recorded message that it had no new cases; the nursing home didn’t respond to a message left Sunday, and its administrator has said he won’t talk to the press.

Susan Feinberg, spokeswoman for the Cambridge Public Health Department, which keeps track of Covid-19 in the city, didn’t answer emails over the weekend seeking clarity about the situation in Sancta Maria and Neville Center.

The additional nursing home cases come as the number of cases citywide reached a peak of 59 infections Saturday; there were 29 cases Sunday, still a substantial increase over the typical daily rise a month ago. The jump pushed the seven-day average to over 25 cases per every 100,000 people, forcing the public school system to temporarily end in-person learning starting Thursday.

The confusion over long-term care cases exemplifies the lack of transparency when it comes to infections in nursing homes and assisted living sites. Only one Cambridge facility, Neville Center, publicly discloses new cases and total infections in residents and workers. The city reports cases but doesn’t identify facilities, and the state health department doesn’t specify any numbers under five cases or provide up-to-date totals. A state health department spokesman didn’t answer a question in October about whether the state agency monitors whether long-term care facilities report cases to its daily database of new cases in elder facilities. The reports are required by a state law mandating more disclosure.

The state database revealed the Sancta Maria case or cases as of Thursday. It also disclosed that Sancta Maria had one to four new staff cases the same day, and also on Nov. 27. And Neville Center had one to four new staff cases on Saturday – confirmed by the nursing home, which said Friday it had one new case among staff. The state database did not report any new resident cases at Neville Center.

The city health department’s daily Covid-19 dashboard reported Thursday that one Covid-19 resident at an unidentified long-term care facility had tested positive, the first additional infection in eight weeks. Feinberg said then the health department didn’t plan a statement about the development.

The city counts cases only if health department employees determine that the infected people are residents of Cambridge. Someone transferred to a nursing home for rehabilitation after hospital surgery or other treatment might not count. Nursing home and assisted living staff members aren’t included in the totals unless they live in the city, and then they’re added to the community total, not reported with the nursing home or assisted living population.

Neville Center said on its website that some of its reported cases might include rehabilitation patients or those transferred from hospitals to continue recovering from the virus.

In October, Sancta Maria had a cluster of seven infected residents and one staff member, according to the city. In that instance, health department spokeswoman Feinberg said five of the residents lived in Cambridge while the other two had been discharged by the nursing home and no longer lived in the city.

On still another website that keeps track of long-term care cases, the U.S. Centers for Disease Control and Prevention’s nursing home data center, Sancta Maria reported 10 resident cases, not seven, over two weeks in October. The most recent reports on that site are for Nov. 22, so it won’t shed light on December cases until later.