‘Greenland’: A comet is about to destroy Earth, though calling this a disaster film is too easy 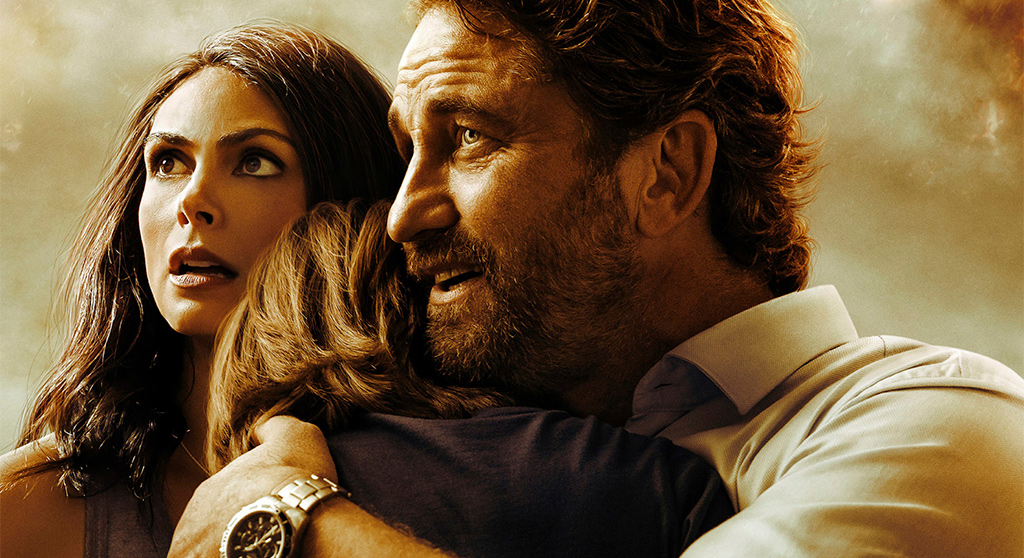 ‘Greenland’: A comet is about to destroy Earth, though calling this a disaster film is too easy

Meteors crashing into our blue planet and triggering cataclysmic extinctions is nothing new. I mean, look what happened to T-Rex & Co.; some may remember the Comet Hale-Bopp and Larry Niven’s “Lucifer’s Hammer” and 1998’s certain-doom disaster flicks “Deep Impact” directed by Mimi Leder and the jacked-up “Armageddon” from Michael Bay. Now to a streaming platform near you comes “Greenland,” starring Gerard Butler, who for all his manly promise in “300” (2006) never saw his star take off; he got just a few middling rom-coms and the “Fallen” (London, Olympus, Angel) series. Here Butler, shaggier and paunchier than his King Leonidas, plays John Garrity, a structural engineer going about his life – a family man hosting a barbecue with friends at his trés suburban home in Atlanta when news of a comet named Clarke (hello, Arthur C.) streaking toward earth casts a pall upon the party.

What does one do when you learn that annihilation is certain in the next 48 hours? Put more shrimp on the barbie, open that vintage bottle of wine you’ve been storing for a special occasion in the cellar, call your loved ones or panic like lemmings? The answer in this B-tier production by Ric Roman Waugh, who worked with Butler on “Angel has Fallen” (2019), is (d), but then John and his family get a golden Willy Wonka invite to a sanctuary offering life after the collision. Just what that is, initially, is unclear, but the offer from the president himself is splashed across his TV screen like an Amber Alert and his guests, already in a glum state, turn jealous and desperate:  “Take me, take my kid,” and so on. “Greenland” isn’t so much about the next phase of humanity beyond the crash, but about trying to get to the safe place before it happens. As you can guess, that safe haven is a series of bunkers in the country of the title. Getting there as leading fragments from Clarke start to take out whole countries and civilization crumbles becomes the gantlet John and his family must run.

Nothing that happens in “Greenland” is all that surprising, including the poor and shrewdly opportunist ways people react under pressure. The shining moments of humanity and decency are enacted mostly by Butler’s everyman, John. “Greenland” is amazingly spry for its large scope,  mostly because Waugh keeps the lens tight on John and his wife (Morena Baccarin, from the TV series “V”) and son (Roger Dale Floyd). It’s not your typical Bay or Roland Emmerich (“Independence Day,” “The Day After Tomorrow”) kind of disaster film, but something more cerebral, like “The Trigger Effect” (1996) if tamped down and made into mainstream pap. Given where we are, does something such as “Greenland” or “The Midnight Sky” really serve to distract, or does it remind us that we’re all hunkered down in our own little bunkers, riding out the storm?

“Greenland” is available on demand through services such as Amazon Prime, Apple TV and YouTube.