Coronavirus edition, XLI: Films to shelter with say that ‘I’m Your Woman,’ but it’s ‘His House’ 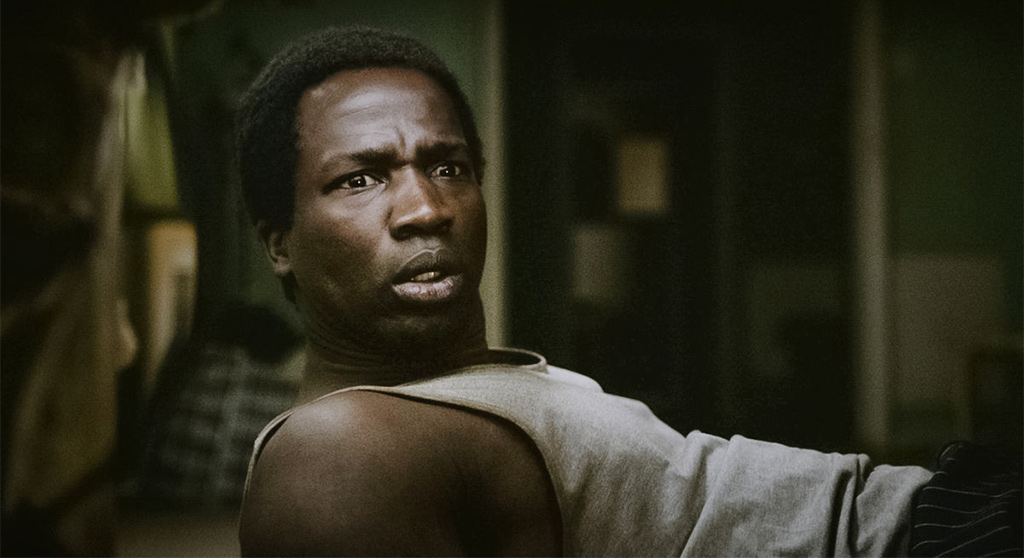 Coronavirus edition, XLI: Films to shelter with say that ‘I’m Your Woman,’ but it’s ‘His House’

A promising idea from writer/director John Patrick Shanley, whose credits include the script for “Moonstruck” (1987) and bringing his stage play “Doubt” (2008) to screen with Meryl Streep, Philip Seymour Hoffman, Amy Adams and Viola Davis in the cast. Here adapting another one of his plays, Shanley’s lightning doesn’t strike twice, not even in the same valley, for this Irish-set rom-com with Emily Blunt (“Edge of Tomorrow,” “Mary Poppins Returns” and “A Quiet Place”) and Jamie Dornan (the hunk in the “Fifty Shades of Grey” series) as would-be lovers continually thwarted by every nonsense under the sun. The muddled mess features idyllic scenery, cozy pubs and the woozy wooing of an ass (donkey), and wastes Christopher Walken and John Hamm in small supporting roles.

A frank and uplifting documentary about a 1960s camp down the road from Yasgur’s farm (where Woodstock was held) run by hippies for youth with disabilities. The great time capsule footage, shot long before the Americans with Disabilities Act was passed, renders emotionally charged narratives (“You know what it’s like to have to have your balls washed for you”; memories of being relegated to a separate classroom at school, vast ostracism, abuse and worse; and horrifying bits from Geraldo Rivera’s Willowbrook exposé) and stark social commentary (a black counselor from the South talks about the fear of looking a white man in the eye). The upstate camp provides a safe haven for all to be themselves and find empowerment through community and each other. There’s some wonderful impromptu jam sessions and, true to the film’s free love timeframe, an outbreak of crabs.

A refugee couple escaping war-torn South Sudan find asylum in a London housing project where something sinister within the walls torments them each night. The mystery of what is orchestrated beautifully by first-time filmmaker Remi Weekes, with reality-bending jaunts back to Africa, where the emotional and physical toll of the couple’s actions comes to light.Telling too are the white tenant managers who train a watchful eye on the immigrants (after they rip apart the walls due to said supernatural affliction) and seemingly hold the power to return them to the hell they came from. It doesn’t quite stick it in the end, but it is a worthy, eerie sojourn.

In this cool, retro crime thriller, “The Marvelous Mrs. Maisel” star Rachel Brosnahan plays a 1970s housewife whose hubby disappears – just before the mob starts showing up. There’s a bag of money and more, but that doesn’t matter as much as Brosnahan’s transition from imperiled homemaker to resolved maker of her own fate. Director Julia Hart keeps things clicking and has a great eye for the era.

Composer Atticus Ross and Nine Inch Nails frontman Trent Reznor won Oscar gold for their musical collaboration on “The Social Network” (2010) and recently re-teamed with director David Fincher for a vastly different, period appropriate (1930s Hollywood) score on the director’s latest, “Mank.” They’ll likely get nominated again, but folks forget their accomplished and essential collaboration with Fincher on this U.S. adaptation of Stieg Larsson’s bestselling crime novel. Rooney Mara (who has a super small part in “Social Network”) gives a compelling breakout performance as Lisbeth Salander, the goth punk cyber sleuth uncovering a web of abuse by the privileged while being abused herself. The incredible cast includes Daniel Craig, Christopher Plummer, Stellan Skarsgård and Robin Wright.

“Gravity” (2013) this is not, though it does have George Clooney as star and director. For his adaptation of Lily Brooks-Dalton’s bestselling post-apocalyptic novel, Clooney plays a scientist at an Arctic Circle weather station, ostensibly the last person on earth after the climate catastrophe has made our planet environmentally uninhabitable. He’s not so much the Omega Man as he is the only communication beacon to warn returning astronauts of the recent decimation. Clooney’s game as a performer, but the plot’s execution is as uninviting and stale as Earth’s toxic atmosphere, and the special effects are 1970s cheesy with no retro charm. At Kendall Square, streaming Dec. 23 on Netflix.