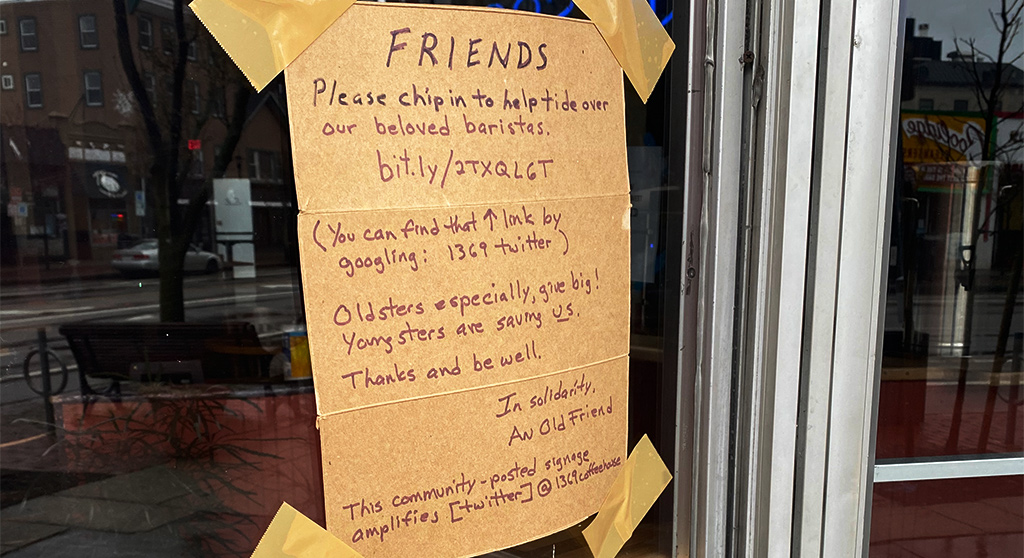 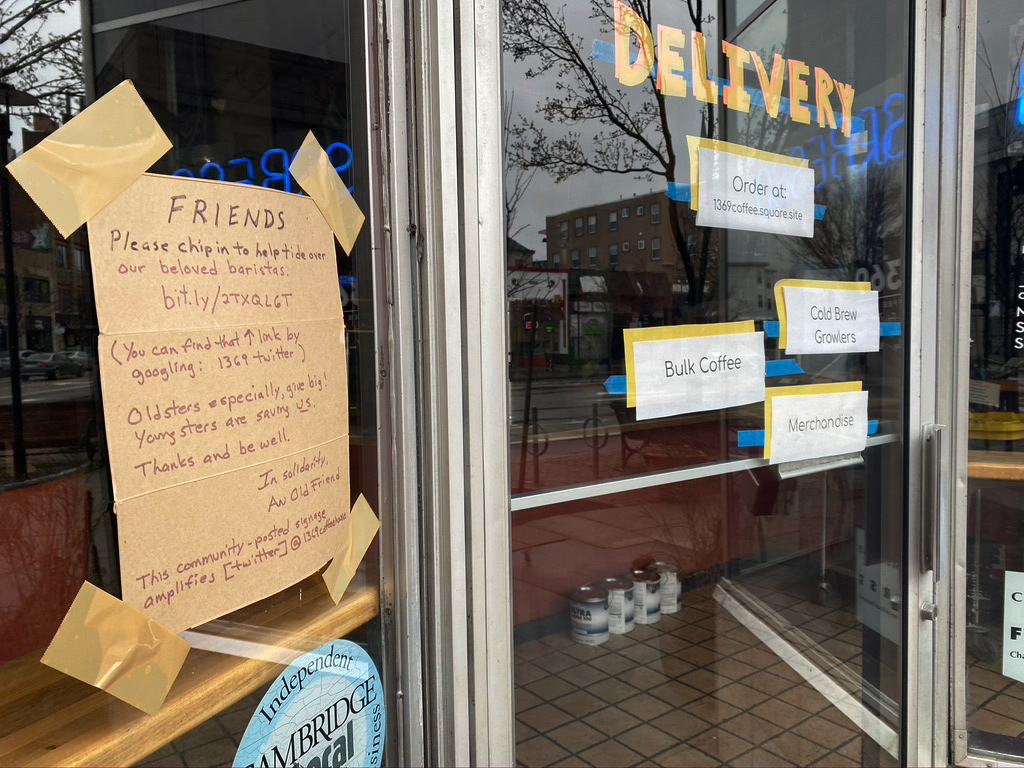 A flyer at 1369 Coffee House in Central Square called for help for staff in March. (Photo: Marc Levy)

My “worst” of 2020 came at the beginning of the pandemic.

It was an insane few weeks for me. My phone rang constantly with people pleading for help: distant relatives of elderly residents asking me to help their loved ones; elderly or disabled residents asking me to run errands – picking up needed medicine, groceries, even batteries for hearing aids. It was an exhausting, highly stressful time. Not only for the constant running around East Cambridge, but for fear of infecting my own family and neighbors, or myself.

I would email our City Council, including the Mayor’s Office, pleading for assistance. No reply.

Then I learned that Mayor Sumbul Siddiqui and vice mayor Alanna Mallon decided to hold a town hall for local businesses, before holding a similar event for residents. I took part, but after 45 minutes of self-congratulatory comments from city officials and even members of Congress, I became disgusted. As I said in March, for city elected officials to put businesses before residents is simply negligent.

Of all the 20-plus opinion pieces I’ve written over the years, what I wrote about that town hall brought the second-most comments via email, social media or texts (topped only by a piece about the School Committee N-word controversy in 2019). Yes, I kept records.

If one single person in city leadership simply said it was wrong or a mistake to have held such a town hall for business first, I would have long ago let this go. It still makes me angry that those in positions of such importance don’t seem to get that people should come before the city coffers.

Emmanuel “Manny” Lusardi is a longtime immigrant advocate and former liaison for immigrant affairs to the Cambridge Mayor’s Office.