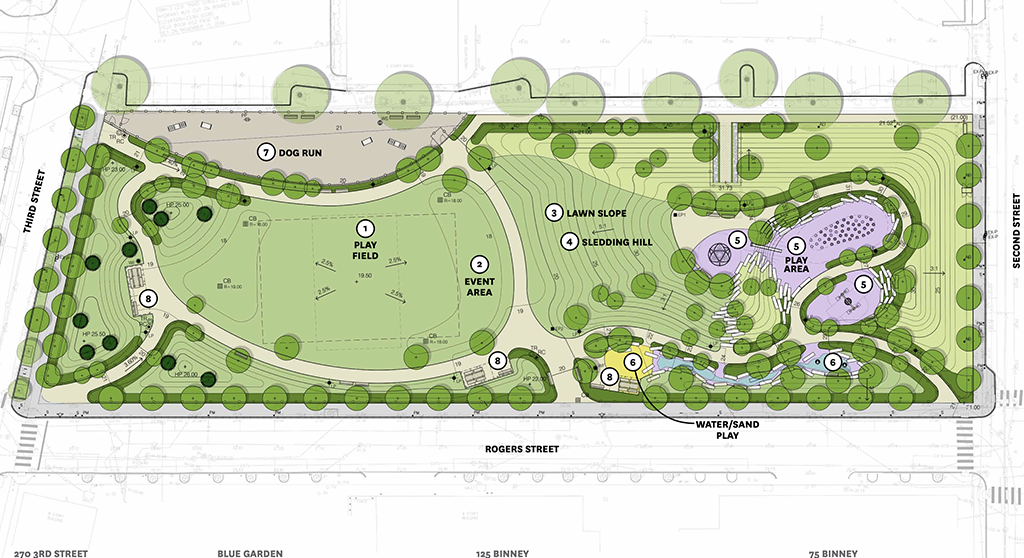 A plan for the new Toomey Park includes a permanent off-leash dog run.

The dawn-to-dusk fenced dog park, created though a city partnership with the Cambridge Redevelopment Authority, will remain at the CRA’s Civic Space through the fall while a planned permanent dog run is installed at Timothy J. Toomey Jr. Park, which is being built at Third and Rogers streets, East Cambridge, the former Rogers Street Park.

The City Council voted in June 2017 to name the park in honor of one of their own. Toomey, of East Cambridge, was first elected to the council in 1989 and is serving his 16th term in office; he also served 24 years as a state representative before being unseated in a Democratic primary in 2016.

The site held a similar temporary off-leash space before closing in late 2019 for construction of Toomey Park. In addition to a fenced dog run, there will be lawns, sections for sand and water play, picnic areas and seating. 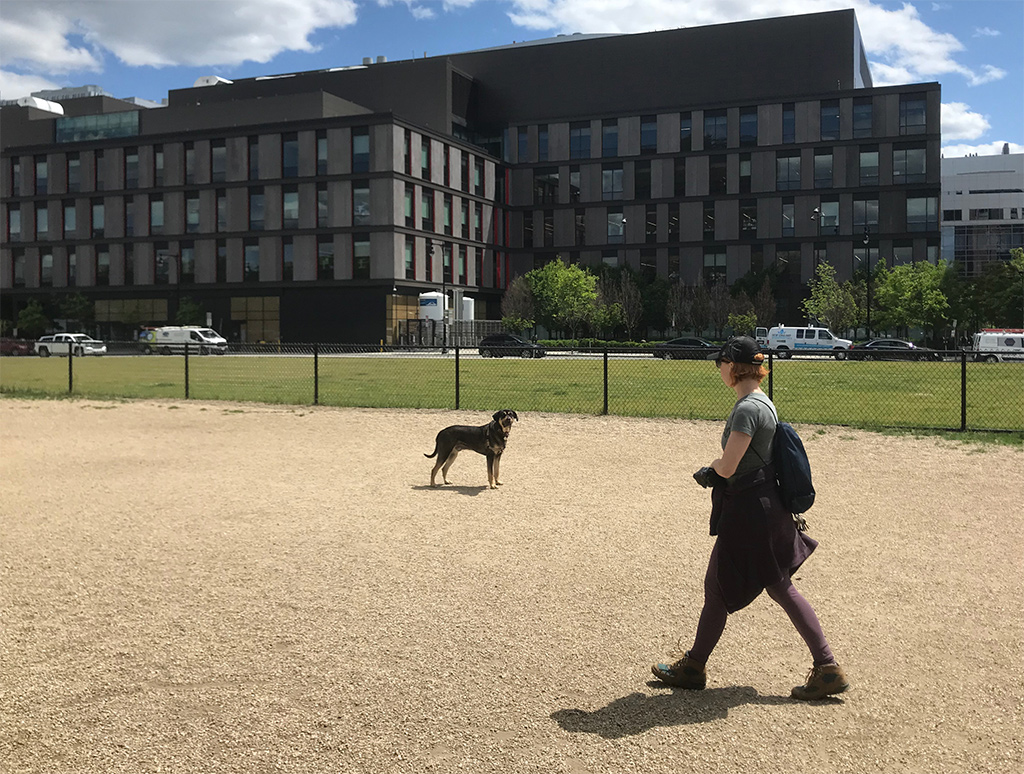 The former Rogers Street Park had an off-leash space before closing in late 2019. (Photo: Marc Levy)

“We greatly appreciate the CRA’s partnership in establishing this as a space for off-leash use while park construction is underway,” said Iram Farooq, assistant city manager for community development. “The previous temporary space at the park was well-used by nearby residents, and this was a good opportunity to set up a convenient space in the interim as we look forward to the new park opening in the fall.”

Once the permanent dog park at Toomey Park is completed and opens in the fall, the Civic Space will again be made available to food trucks and other community amenities.

The city’s off-leash rules and regulations are here.