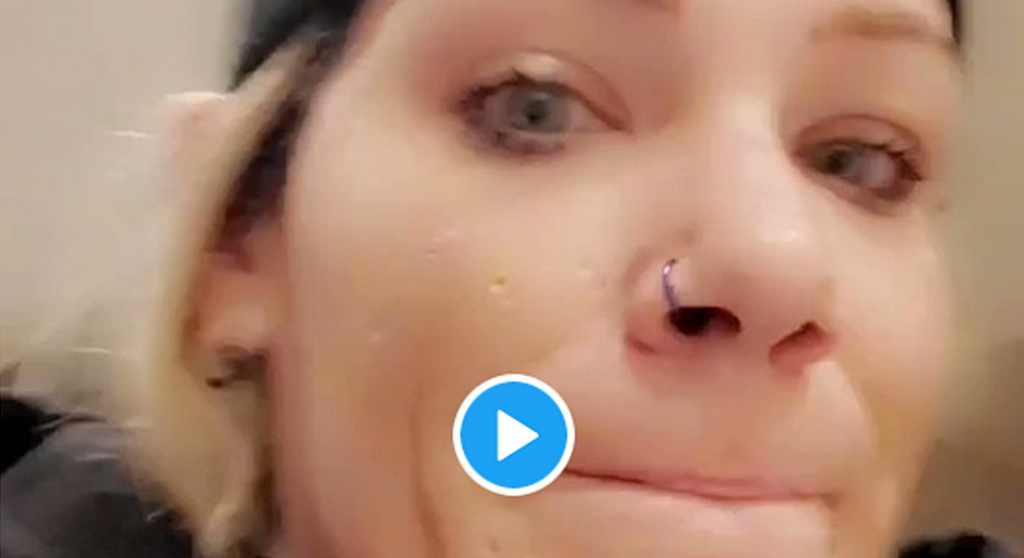 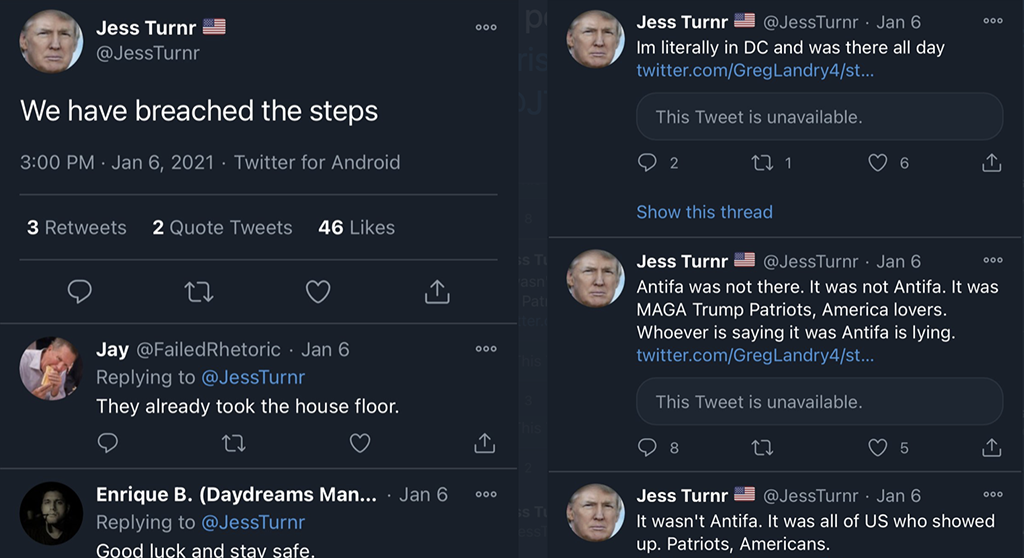 Images from the Twitter account of Somerville’s Jessica Turner suggest she took part in Wednesday’s Trump-inspired insurrection in Washington, D.C.

A Somerville appointed official who boasted on social media of taking part in Wednesday’s attempted coup at the U.S. Capitol is now under political fire, with two members of the Somerville City Council saying Saturday that they had already taken up the issue with Mayor Joe Curtatone and city staff.

The official is Jessica Turner, who was appointed to the Somerville Affordable Housing Trust in March 2019.

As social media blazed with debate over her actions, Curtatone issued a brief statement: “We share your concern. We’re taking it seriously and doing our due diligence,” he said, promising more information soon. 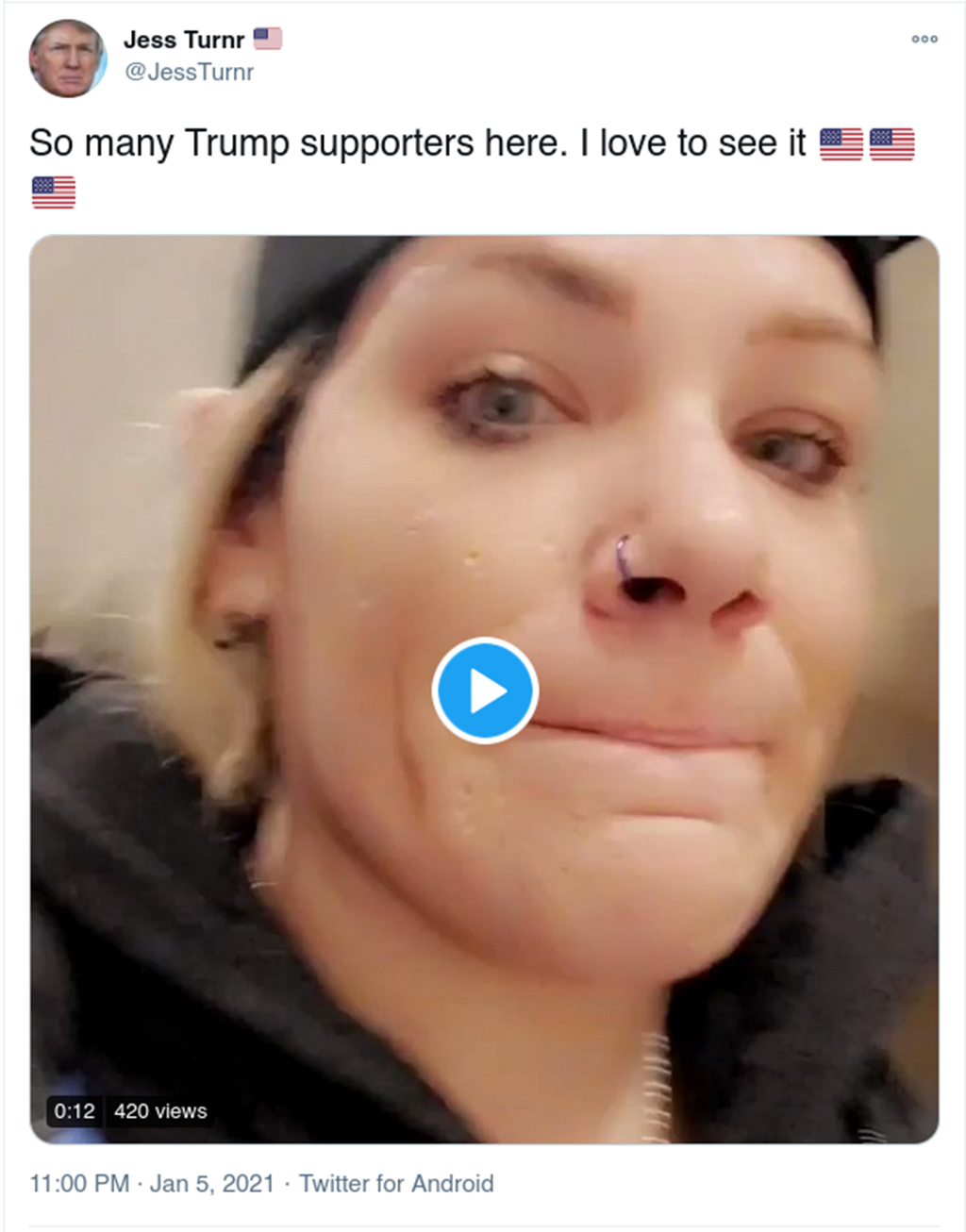 On Saturday afternoon, Turner reported by Twitter that police had been called on her – Somerville Police Lt. William Rymill said they had not visited Turner’s home on Clarendon Hill. But Turner said it was because people who opposed her political views were trying to “cancel me for being in D.C., even though I did not break any laws.”

Update on Jan. 11, 2020: On Monday, a Somerville spokeswoman said the information given by Rymill on Saturday was incorrect, and that Somerville Police Department officers had visited Turner’s home. According to the city: “City and SPD protocol does not allow for comment on wellness checks due to privacy constraints. However, because Jessica Turner herself publicly shared that a wellness check took place, we can confirm that a wellness check at her address was carried out on Saturday. Wellness checks are routine when we receive information that there is concern for an individual’s safety.”

“[I] did not partake in any of the shit that happened behind the barriers that day. I have never supported any type of political violence, and to callously accuse me of it is pure baseless insanity,” Turner said via Twitter, only moments before she locked her account to the public. The account, with a picture of President Donald Trump as its profile photo, had significant right-leaning political material.

Almost exactly three days earlier, though, during a thread posted from the nation’s capital as Trump supporters invaded and occupied the Capitol building, Turner had tweeted out: “We have breached the steps.”

“This is truly disturbing, and the administration must take swift action,” councilor Will Mbah said. “I’ve spoken with the City. They must adhere to a proper process for this … to be clear, the mayor, the City and I stand united in condemning the deadly insurrection at the Capitol and we will do our part to ensure those who participated are held to account.”

Councilor Ben Ewen-Campen said he wouldn’t be commenting, but that he had spoken with the mayor that morning.

And councilor J.T. Scott noted that when the council had confirmed Turner, he had voted against it. As chair of the confirmation committee, Scott asked Turner on March 14, 2019, about a letter she had sent the previous October accusing the council members of a conflict of interest, which she explained was about them “advocating for unions outside of Somerville more so than Somerville low-income residents.”

Turner had been recommended by the mayor as a passionate advocate for affordable housing, as well as being involved in the National Low Income Housing Coalition and serving as co-president of Clarendon Residents United. She is identified on the Trust’s website as being on the board of the Massachusetts Alliance of HUD Tenants and a member of the SomerVision2040 Committee. She is a student at Quincy College working toward a degree in disciplines related to criminal justice, law and sociology, according to the site.

Attempts to reach Turner by phone were unsuccessful Saturday. A voice mail was left, and a request for comment was sent Saturday to an email account associated with Turner.

This article was syndicated by the Somerville Wire of the Boston Institute for Nonprofit Journalism.