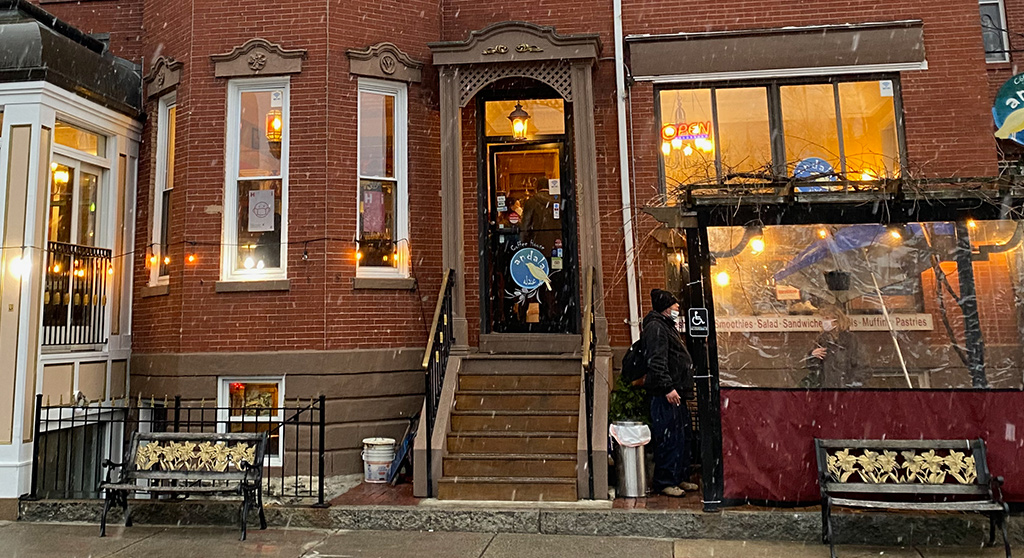 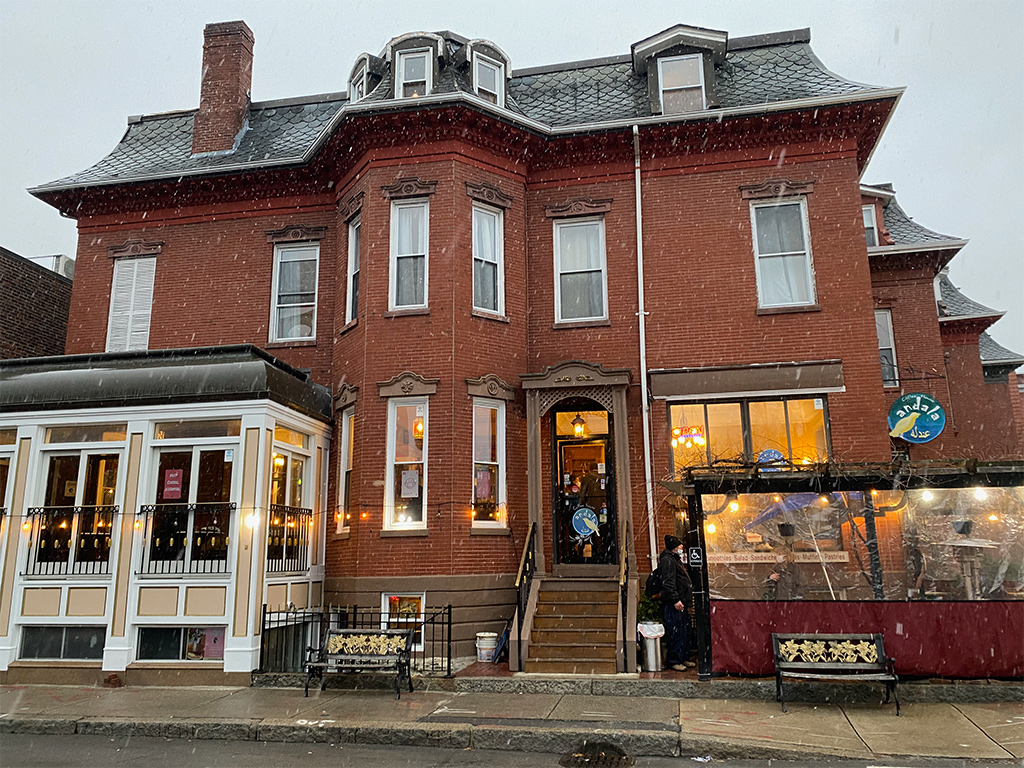 Indoor capacity at businesses such as Andala Coffee House in Central Square has risen to 40 percent from 25 percent. (Photo: Marc Levy)

The city may cut back its Covid-19 testing program, which has provided free, virtually unlimited tests and quick results for months to virtually anyone who signed up for an appointment or walked up to a testing site. It now sees lower interest, officials told city councillors Monday.

Chief public health officer Claude Jacob called it “a tapering effect,” and City Manager Louis A. DePasquale said: “We continue to have a strong demand, but not the same intensity.” City sites performed 4,919 tests in the first week of February, a pace substantially below January, when the number of tests totaled 31,595, Jacob reported.

The program offered perks that few, if any, other testing programs could boast: a simple online sign-up system, completely free with no insurance questions asked, and with most results available within 24 hours by email. The city sent samples to Cambridge’s Broad Institute of Harvard University and Massachusetts Institute of Technology, which has developed a high-capacity Covid-19 testing lab.

The Broad Institute has processed about 10 million Covid-19 tests as of last week and handles about 5 percent of total tests nationwide every day, it said.

In another Covid-19 development, DePasquale defended the city’s decision to go along with Gov. Charlie Baker’s order increasing capacity limits at restaurants and other businesses to 40 percent from 25 percent starting Monday. Councillor Quinton Zondervan pointed out that the city’s Expert Advisory Panel of scientists had recommended keeping the 25 percent limit; Zondervan also said Somerville was not raising the capacity restriction.

DePasquale said that in many small restaurants, the higher capacity limit will add one table and there won’t be “large numbers of people” going into restaurants. “Our data is showing us that it is okay now to go to 40 percent,” DePasquale said.

The scientists flatly disagreed, saying, according to minutes of the Feb. 4 meeting: “Based on recently published epidemiological evidence and reports from contact tracing teams, restaurant indoor dining may be the single biggest contributor to community transmission.”

If that’s true, raising the capacity limit will result in a “plateau” of new cases that is higher than desired before coronavirus variants arrive, the minutes of the meeting said.

“EAP members agreed that the benefit of driving the case numbers down during this post-surge period is much greater than the marginal economic benefit from loosening occupancy restrictions on restaurants right now. Cambridge should maintain a 25 percent capacity limit on indoor dining,” minutes said.

City officials are also raising the capacity limit in health clubs and fitness centers to 40 percent from 25 percent starting Tuesday, the city announced. Cambridge will apparently keep the 90-minute time limit for customers and space requirements in locker rooms.